Some Matches That Could Make EPL Top 4 Drop Points This October.

By GoodMans (self media writer) | 17 days ago

The EPL matches will be continued in October after wonderful encounters during the month of September. Some numbers of teams who started well eventually dropped points along the line, and the same thing could yet again happen in October. 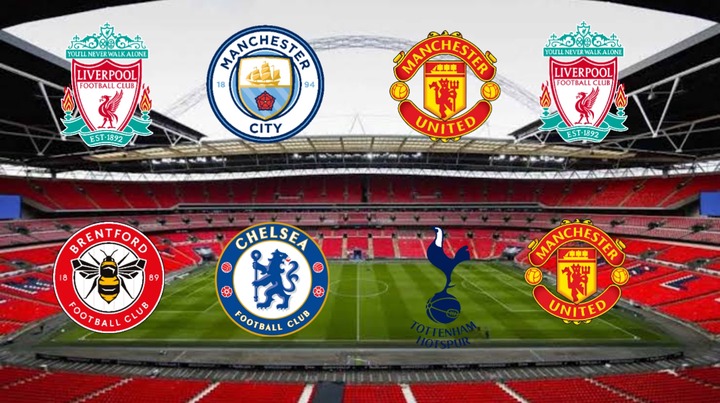 Manchester United will be at Old Trafford to welcome Everton in the Premier League match. Ole and his Man United will once again face a huge challenge from the Everton side that has been in good form since the start of the season. The Red Devils who are battling with multiple injured players could be dealt another blow by the Blues. The date is Saturday 02, and the time is 12:30 pm.

Chelsea will be without key players due to injury when they face Southampton at Stamford Bridge. The Saints who held Man City to a 0-0 draw could face a big challenge this Saturday. The time for the match is 3:00 pm.

Liverpool will host Manchester City this Sunday in a battle of the top of the table. The Reds who are yet to lose a match this search could taste a defeat. The league leaders should be expecting a similar performance of Man City against Chelsea in Liverpool. The time for this match is 4:30.

Manchester United will return to Premier League action after the International against Leicester City. United could be forced to play a draw at the King Power stadium. The match will be played on Saturday 16 and the time is 3:00 pm.

Chelsea will make a trip to Brentford City after the International break to face the newly promoted team. Brentford City who had defeated Arsenal and held Liverpool to a 3-3 could shock Thomas Tuchel and his men. The date is Saturday 16th, and the time is 5:30 pm.

One of the biggest rivalries in the EPL competition will happen on Sunday, the 24th of this month when the Red Devils welcome Liverpool at Old Trafford. The two sides have played a draw in most of their recent meetings and the same result is likely to occur. The time for this match is 4:30 pm.