By c.nananews (self media writer) | 5 days ago The former Nigeria under 17 player was announced as a new signing by Bayern Munich football club's on Thursday and he has signed a three years deal with the Bundesliga Champions.

The 18 years old was discovered in Abuja by Bayern Munich football club's scouts last year, and he has been able to travel to different countries with the club's youth team. 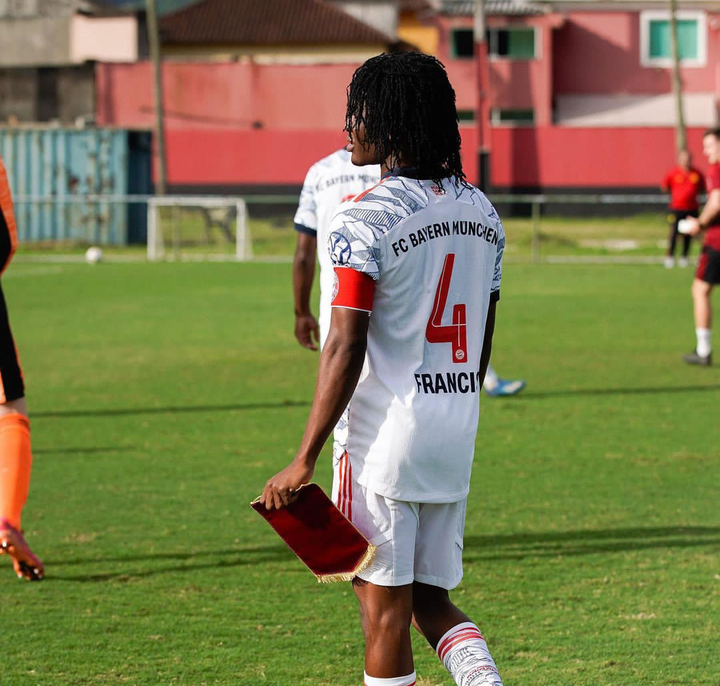 Daniel Francis' excellent performance for Bayern Munich football club's Academy made him to be given the captain hand band, and he has been able to lead the team to victories in many of their matches.

The youngster's excellent performance for Bayern Munich's under 18 team has now helped him to secure a permanent deal at the club. Reacting after signing a three-year contract with Bayern Munich football club, Daniel Francis posted on his official Instagram handle that, he gives glory to God Almighty for the greatest opponent given on to him to sign an official deal with Bayern Munich football club, and he appreciated everyone who helped him to become a professional footballer and he also thank his parents and teammates. The youngster has now been sent out on a season long loan to Austria Bundesliga club-side Klagenfurth FC, in order to get enough playing time.