As the race for UEFA Champions league top four qualification continues in the English Premier League table, Manchester United and Leicester City saw their games against Crystal Palace and Sheffield United off, with a 2:0 win respectively. 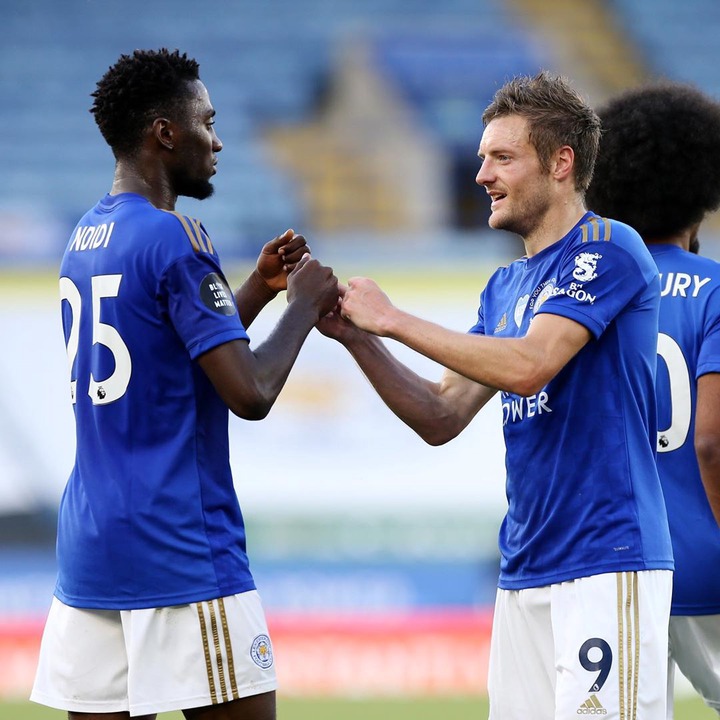 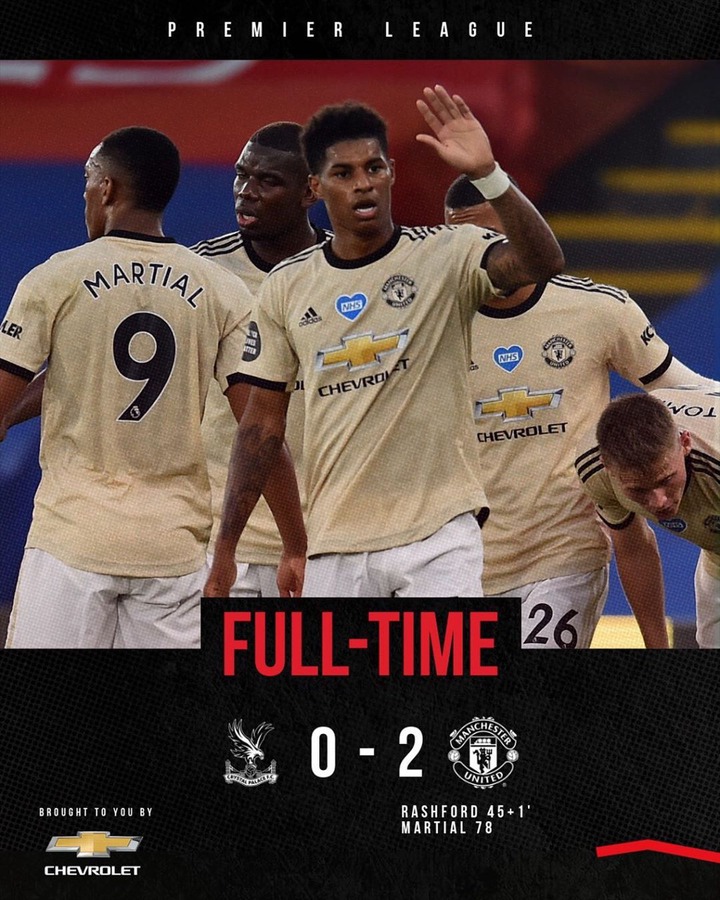 While goals from from Manchester United's star forwards Marcus Rashford and Anthony Martial, helped Ole Gunnar's side secure a much needed win against Crystal Palace at Selhurst Park. 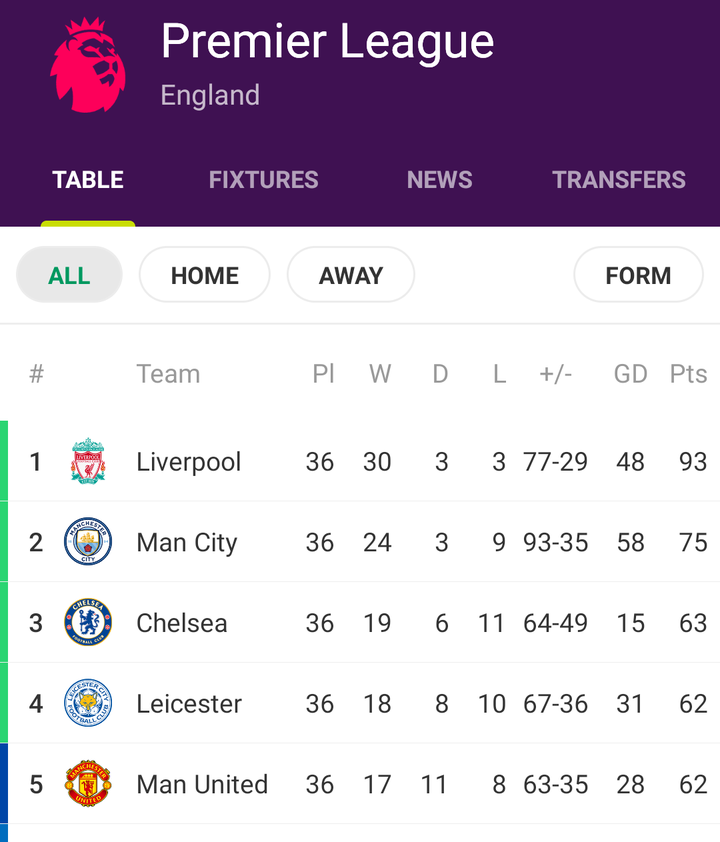 The wins of both English clubs against their opponents, helped them maintain the one point difference between them and Chelsea who sits at the third position of the EPL table, as the three clubs keep pushing to qualify for next season's UEFA Champions league. 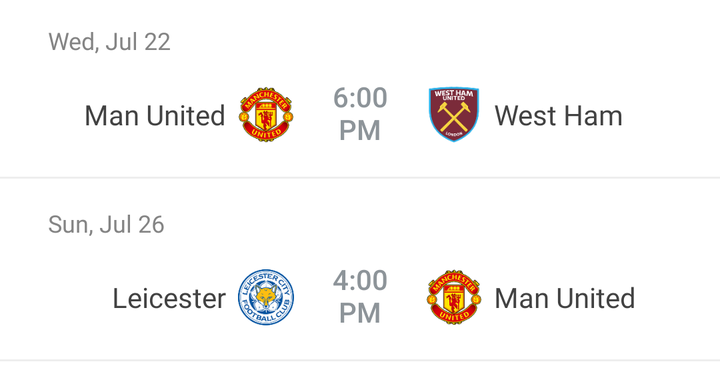 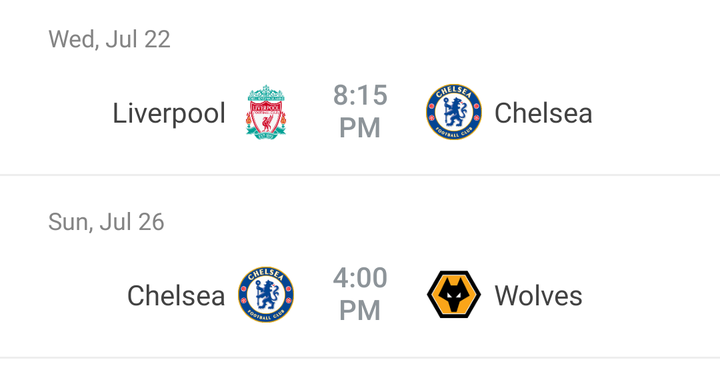 This puts more pressure on Chelsea as their last two fixtures are against Wolves and the league champions Liverpool, which are very tough opponents for Frank Lampard's side.

Personally I'm of the opinion that Chelsea has won their last league game for this season, which was a narrow 1:0 win against relegated Norwich. I really don't think Chelsea will be able to pull a victory out of their remaining EPL fixtures.

Please feel free to express your thoughts and opinions via the comments section below.

Content created and supplied by: Monica55 (via Opera News )