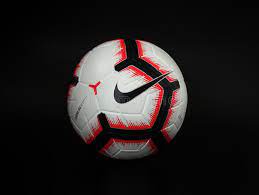 1.FA WOMENS SUPER LEAGUE (ENGLAND): currently known as the Barclays FA women's super league for sponsorship reasons. It is the highest league of women's football in England. Established in 2010,it is run by the Football Association (FA) and currently features 12 fully professional teams. The FA WSL runs from September to May. The league champions and runners-up qualify for the UEFA Women's Champions League the following season. From the 2021-22 season, the top three teams will qualify for the UEFA women's Champions League as determined by the UEFA women's coefficient. The current title holders is Chelsea.

2.PRIMERA DIVISION DE LA LIGA DE FUTBOL FEMENINO (SPAIN): also known as Primeria Iberadrola, is the highest level of league competition for women's football in Spain. It is run by the Real Federacion Espanola de Futbol (RFEF). Established in 1988, it is played by 18 teams. As an important league in Europe, the UEFA coefficient decided that three teams will qualify for the UEFA Women's Champions League from the 2021-22 season. The current league champions is FC Barcelona.

3.SERIA A FEMMINILE (ITALY): also called Seria A Timvision due to the sponsorship by TIMvision is the highest league of women's football in Italy. Founded in 1968, it is being run by the Italian Football Federation (FIGC) since the 2018-19 season and it is being played by 12 teams. The league is ranked ninth in the UEFA women's coefficient, the league champions and the runner-ups qualify for the UEFA Women's Champions League. The current league champions is Juventus.

4.DIVISION 1 FEMININE (FRANCE): shortened as D1 feminine due to sponsorship reasons, it is currently known as D1 Arkema. The league is the highest division of women's football in France. The D1 feminine is run by the French Football Federation (FFF) and it is contested by 12 teams. The league runs from September to June. The league is ranked the best women's league in Europe according to UEFA 2019-20 women's association club coefficients due to their success in the competition. The current league champions is Paris Saint Germain.

5.FRAUEN-BUNDESLIGA (GERMANY): Due to sponsorship reasons, it is currently known as FLYERALARM Frauen-Bundesliga. It is the top level of league competition for women's association in Germany. The German Football Association (DFB) created the women's Bundesliga in 1990 based on the model of the men's Bundesliga. The league consists of 12 teams that contest in the league competition. The Frauen-Bundesliga is the most successful league in the UEFA Women's Champions League with a total of nine titles from four clubs. the current league champions is FC Bayern Munich.

6.VROUWEN EREDIVISE (NETHERLANDS): also known as the Pure Energie Eredivise Vrouwen. It is the highest professional women's football league in the Netherlands. It was established in 2007 and it is being organized by the Royal Dutch Football Association. The league is contested by nine teams and the league winner receives a spot in the UEFA Women's Champions League. The current champions is FC Twente.

7.CAMPEONATO NACIONAL FEMININO (PORTUGAL): also known as Liga BPI. It is the top tier women's association football league in Portugal. It is run by the Portuguese Football Federation and was established in 1993.The league was contested by 20 teams from the 2020-21 season. The current champions is Benfica

Content created and supplied by: PAPI23 (via Opera News )