4 Players That Could Leave Barcelona Next Summer, If The Club Fails To Renew Their Contract

By SandrasNews (self media writer) | 1 year ago

They are some players who will soon run out of contract at Barcelona, and the club needs to get things done before it gets late. Barcelona is currently struggling in the La Liga and UEFA Champions League, but the Barcelona president believes in the coach and he decided not to sack him. Here are the four players that will run out of contract in June 2022, and they could leave the club next summer if the board fails to renew their contract. 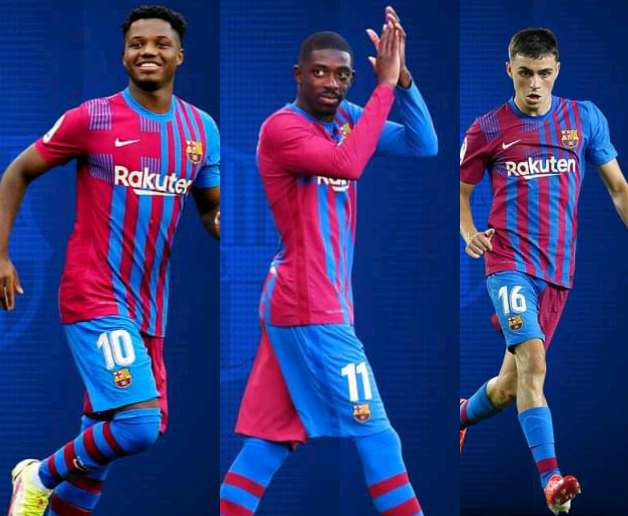 Spanish and Barcelona youngster Ansu Fati, returned back to action against Levante, but he has failed to start two games in a row, the Spanish winger did really well against Levante as he got his first La Liga goal of the season. The has only one year left on his current contract and it will expire in June 2022, he was given the Lionel Messi's number 10 shirt and I believe that he will not make a move away from the club next summer. 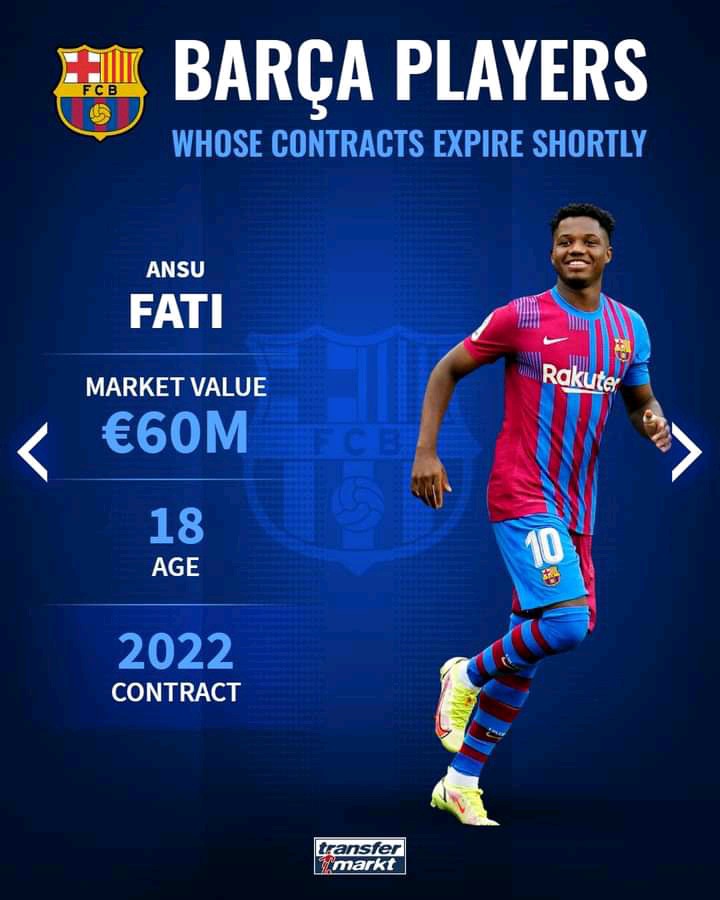 French and Barcelona winger Ousmane Dembele is currently injured and he is not available for selection, the French winger will love to continue in the Spanish League, after he was given his favorite shirt number. His contract will run out in June 2022 and he could sign a new deal with the club. 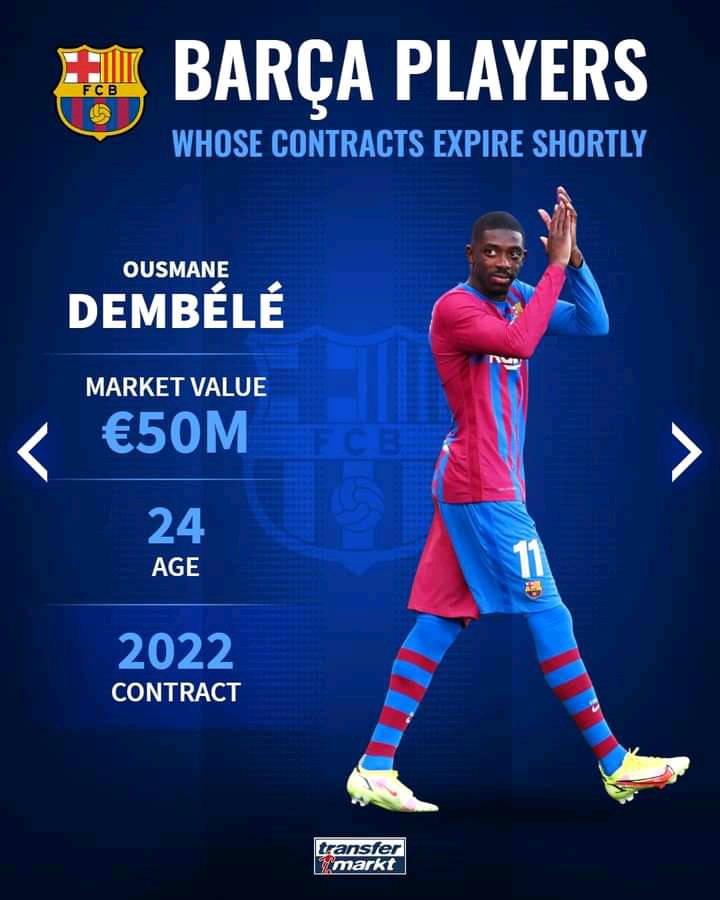 Pedri Gonzalez has done really well this season, but the Spanish midfielder is currently injured, his contract will expire next summer, but he is one of the future of the club and I believe that he will renew his contract at the club. 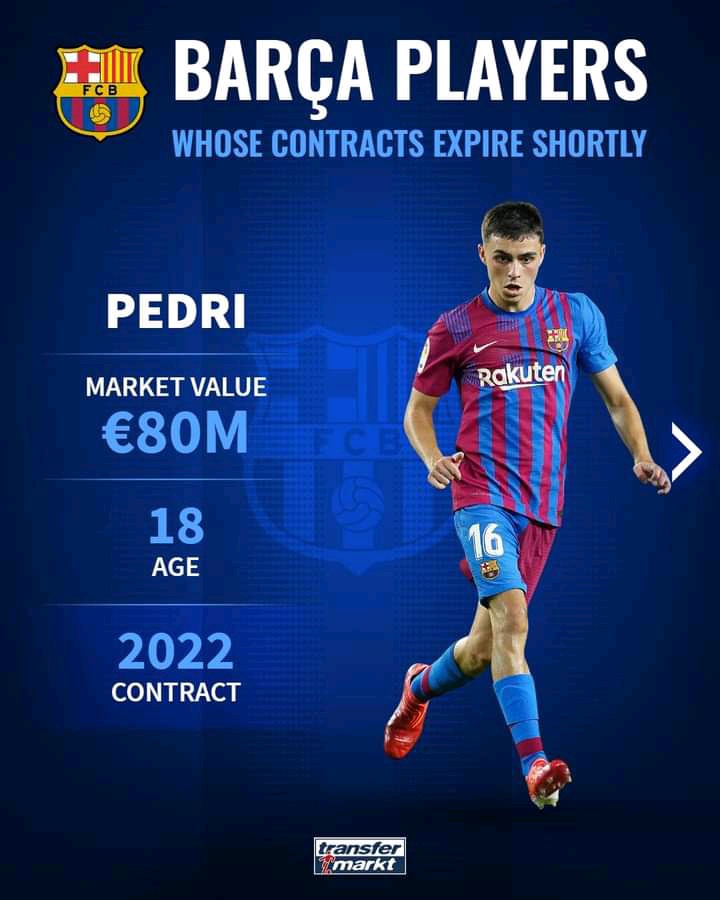 Sergi Roberto might not renew his contract at Barcelona, his current contract will expire in June 2022. 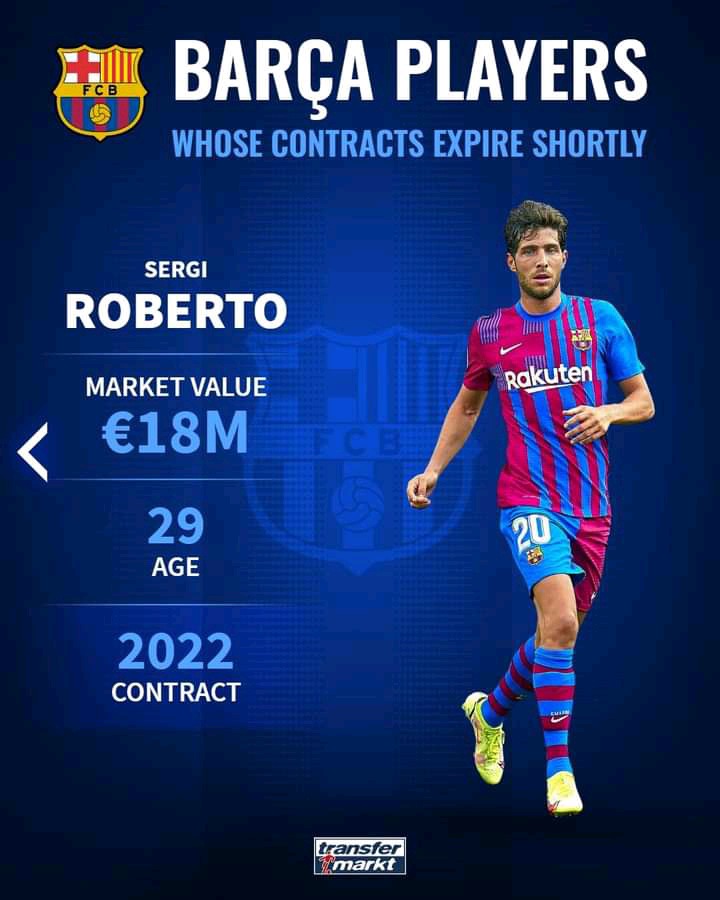