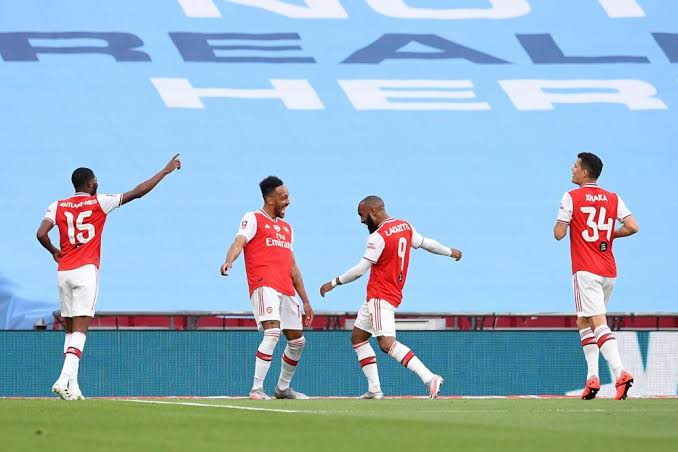 Goals from Aubameyang in each half of the game sent Arsenal into the final of the FA Cup as the Gunners defeated Manchester City 2-0. Arsenal will get to know their opponent tomorrow after the game between Chelsea and Manchester United. 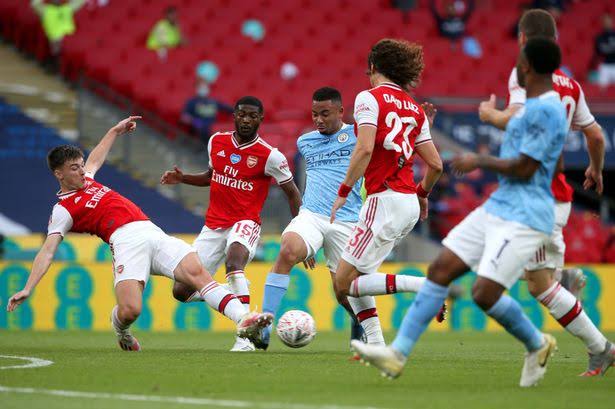 Mikel Arteta made five changes to his starting XI as Aubameyang, Belllerin, Mustafi, Maitland-Niles and Ceballos returned back to the starting lineup. Pep Guardiola also made five changes to his side as well as Sterling, Mahrez, Laporte, Garcia and De Bruyne starts for City. Manchester City almost took the lead in the 10th minute but Riyad Mahrez header was cleared off the line by Granit Xhaka. 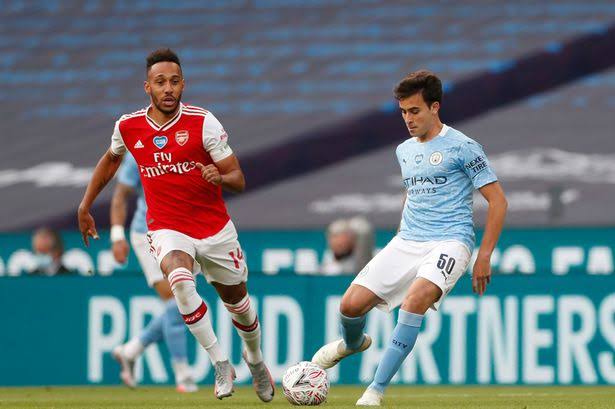 Alexandre Lacazette found the back of the net in the 14th minute after rounding Ederson before slotting the ball into the back of the net but the goal was ruled was ruled out for offside. Arsenal threatened Manchester City once again but this time Aubameyang could on direct his effort straight at Ederson before Laporte cleared the ball. However, the Gunners finally got their breakthrough in the 19th minute after Aubameyang headed the ball past Ederson, following a brilliant cross from Nicolas Pepe. 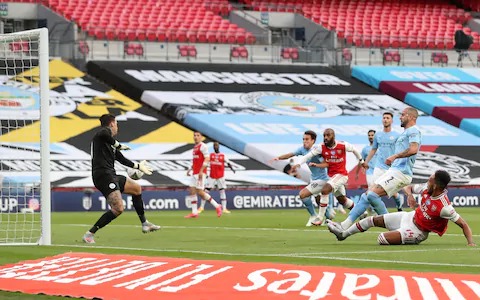 Arsenal almost doubled their lead in the 40th minute but Ederson was alert to keep out Mustafi's header. Arsenal entered into the first half break with a one goal lead over Manchester City. Raheem Sterling almost got City equalizer in the 49th minute his effort skimmed wide of the upright. Martinez was called into action in the 54th minute as he got down sharply to deny Riyad Mahrez with a brilliant save. 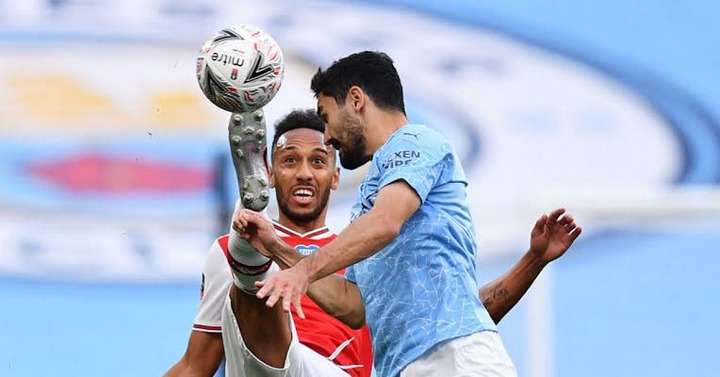 Raheem Sterling believed he was fouled by Mustafi in the penalty area but after a VAR review, no penalty was awarded. Silva missed a glorious chance to level the game for Manchester City in the 68th minute as sends his effort wide from three yards out. Aubameyang doubled Arsenal's lead in the 71st minute as he slotted the ball past Ederson with Tierney providing the assist. 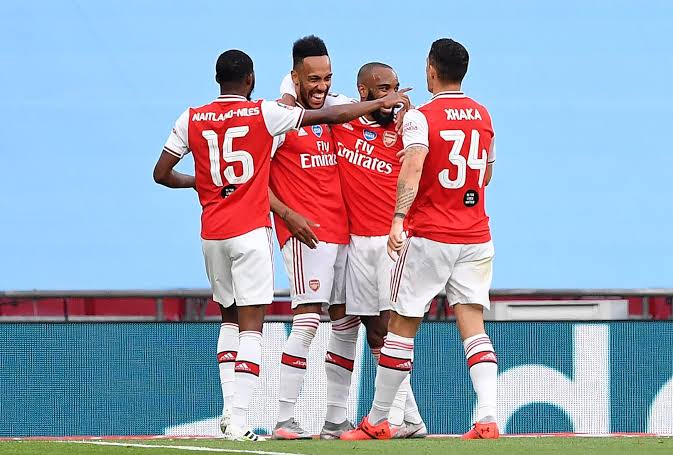 Laporte came close in scoring a consolation goal for City but he could only direct his effort wide of the right-hand post.

Manchester City tried to find their way back in the game but all their efforts were futile as the referee blew his final whistle to end the contest as Arsenal ran away with a 2-0 win over Manchester City.