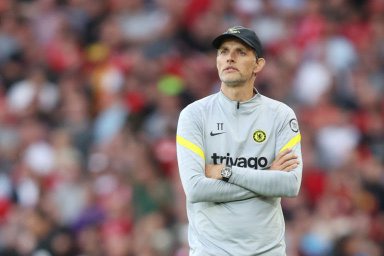 Chelsea had a difficult fixture schedule at the start of the season as the Blues faced four of the Big Six sides in the first six league games of the season.

Just 7 games into the campaign, Chelsea have already played Arsenal, Tottenham, Liverpool and Manchester City, and Thomas Tuchel’s side got 7 points out of a possible 12 in those games. In the Champions League, Chelsea also faced Juventus which came after a difficult game against Manchester City.

According to Tuchel, Chelsea deserve to be favourites in this game and must prove it.

“We need the certain mentality to do so and if favourite means that things will be easy, we cannot be more wrong. If being the favourite means that we still expect a tough one tomorrow at Brentford, then this is a good one to accept and then at the end we have to take all the pressure off our shoulders and take risks in the game and play with a certain freedom, because with the fear of losing or with the fear of losing your status you can win absolutely nothing.

“That’s why if you play for Chelsea, then you play to win and you cannot be surprised if you are the favourites in a game against Brentford. We have the attitude right and when we have the attitude right then we hopefully get the result right. I have coached an underdog team long enough in Germany to know how capable you can be as a group to close the gap for 90 minutes. “Now we are on the other side and try to make a point in every single game and it starts with tomorrow.”