By Prolificben27 (self media writer) | 2 years ago 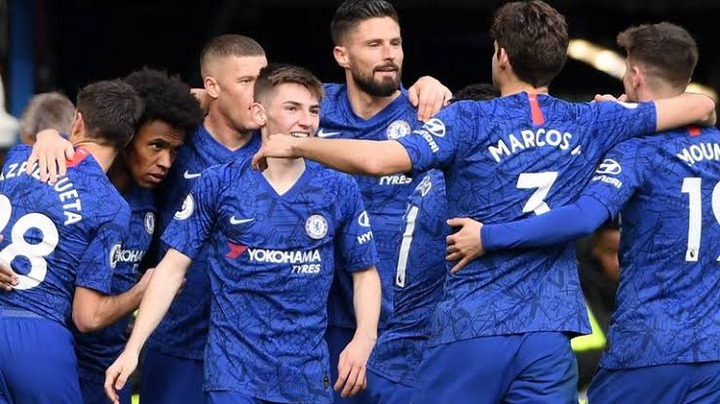 Chelsea Football Club have cruised to the final of the 2019/2020 season after an emphatic win over their rival Manchester United.

The semifinal game between the two clubs ended in a 3-1 victor in favour of Lampard's Chelsea. With the match ending 1-0 for the victors at the end of the first half hour, the Blues seemed to show no sign of slowing down as Mount made it 2-0 in less than ten minutes into the second half from an outside yard parallel strike which seemed too mcuh for United's short stopper.

United had still not recovered from their two goals deficit when Chelsea added another goal to increase their lead to three.

With nine minutes left to full stoppage, United were awarded a penalty after Anthony Martial was fouled in the eighteen yard by Odoi.

United's number 18 man, Hernandez, would go on to convert the resulting spot kick after wrong footing Chelsea's second choice goalkeeper Caballero to the opposite end of the post.

Content created and supplied by: Prolificben27 (via Opera News )