"He Must Start Against Real Madrid"- Chelsea Fans Hail German Star After Masterclass Against Fulham.

By AnnSports (self meida writer) | 5 days 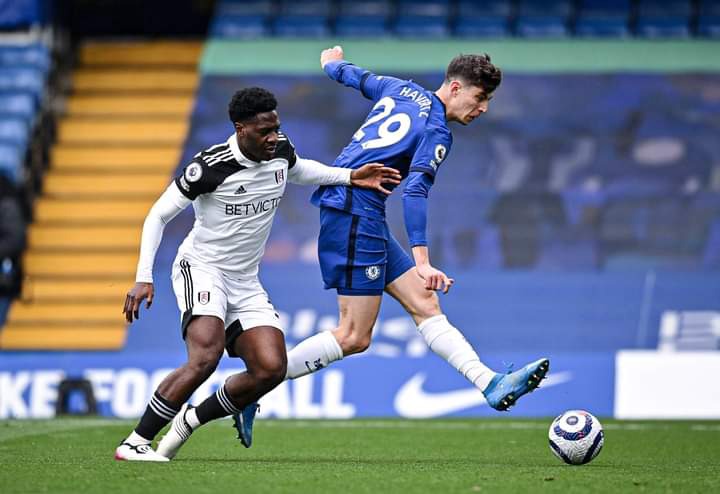 Chelsea ran out 2-0 winners over Fulham in today's London derby played at Stamford Bridge. The blues were at their absolute best as they dismantled Scot Parker's side to go 6 points clear of 5th place West Ham. Prior to kickoff, Thomas Tuchel made 5 changes to the side that played against Real Madrid last Tuesday in the Champions league. Wonderkid Billy Gilmour was called back into the lineup, alongside Ziyech and Reece James. Kante, Jorginho and Pulisic were rested ahead of the second leg fixture against Madrid next week. 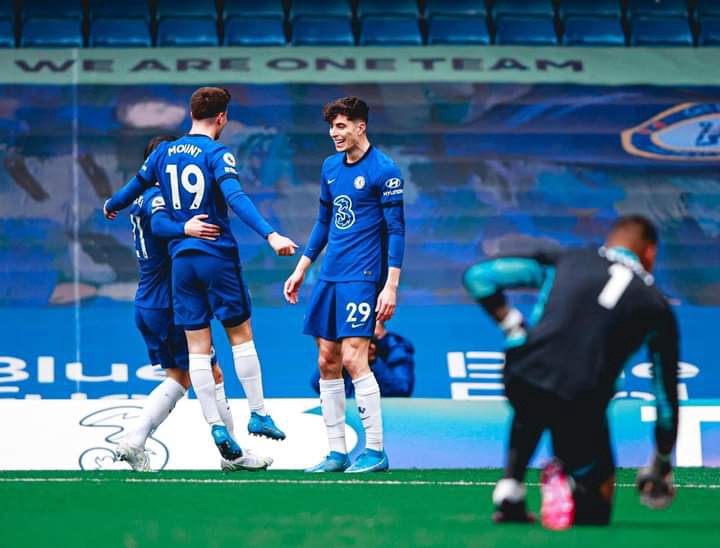 Fulham started the game on the front foot as they pressed Chelsea in the first few minutes. The blues were able to withstand the early presure from the Cottagers. After the first 5 minutes, Chelsea started dominating the game and creating chances. Harvetz was then played in by Mason Mount and he wonderfully finished. The first half ended 1-0, with Fulham having the lion's share of possession. The second half was pretty easy for Chelsea as Harvetz scored his second and Chelsea's second of the game. Chelsea then held on to win the game. 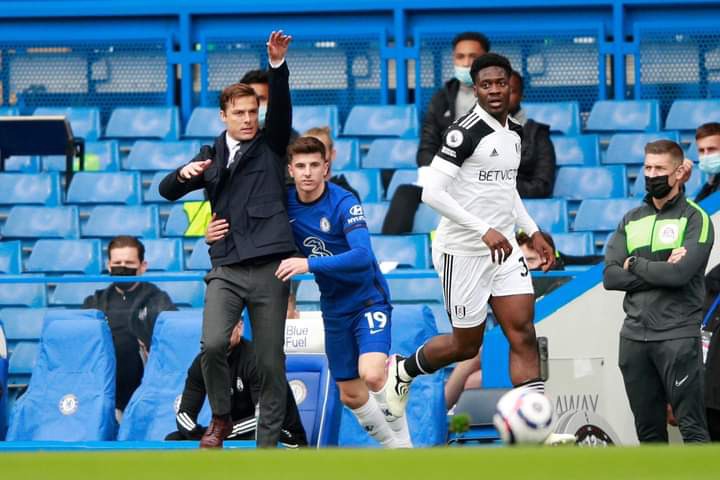 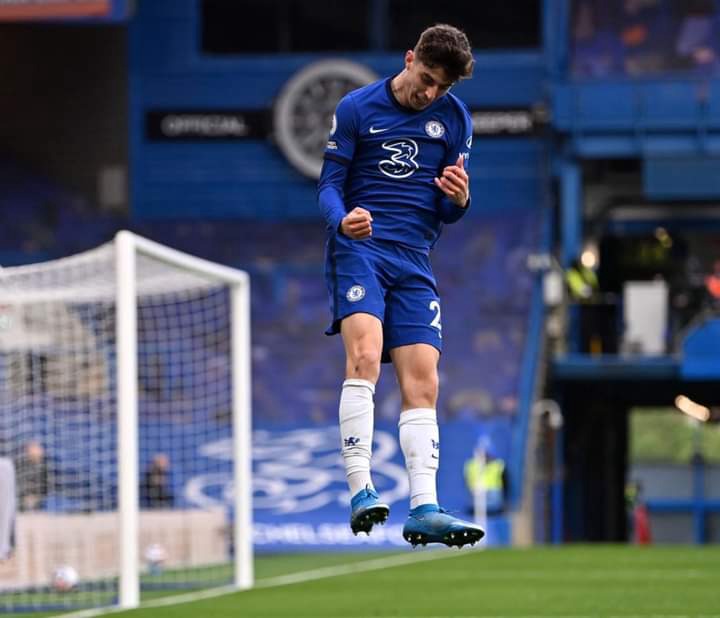 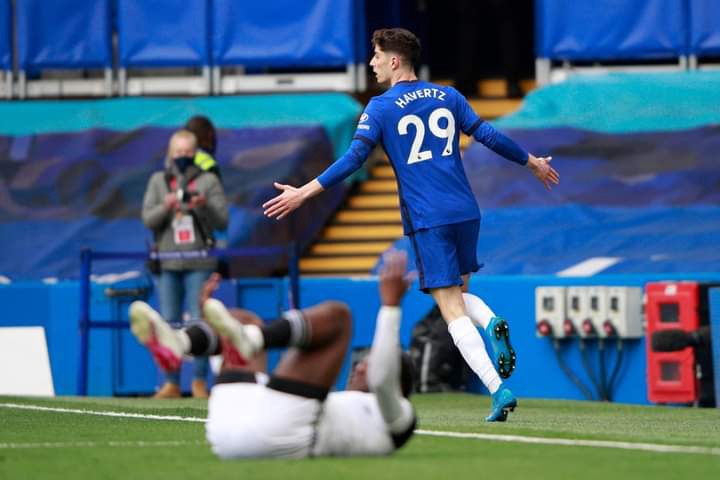 After the game, fans took to social media to praise the impact of Kai Harvetz in the game. The 22 year old had a rough start to life at Chelsea but in the past few weeks, have looked fit and good on the pitch. It was his 3rd goal in 3 appearances so a few section of the fans believes he should be given a spot in the starting XI against Real Madrid next week. Harvetz first touch is wonderful and his finishing is exceptional as well. Here is how the fans reacted.... 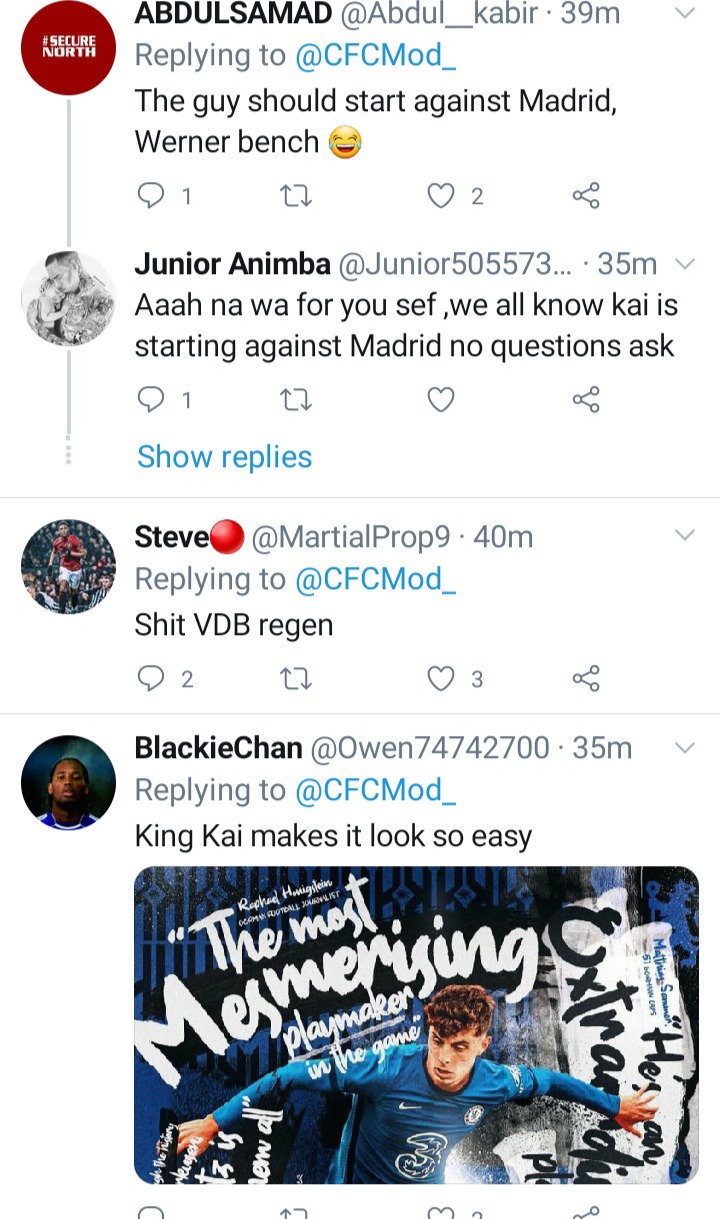 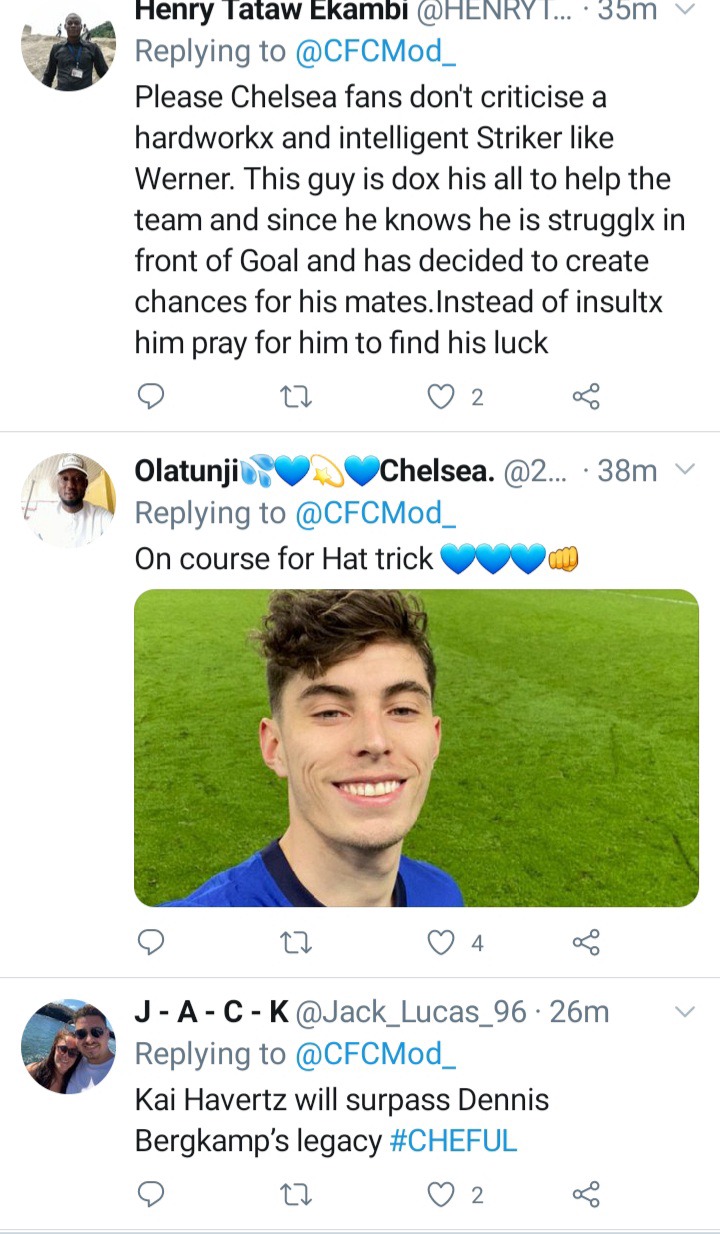 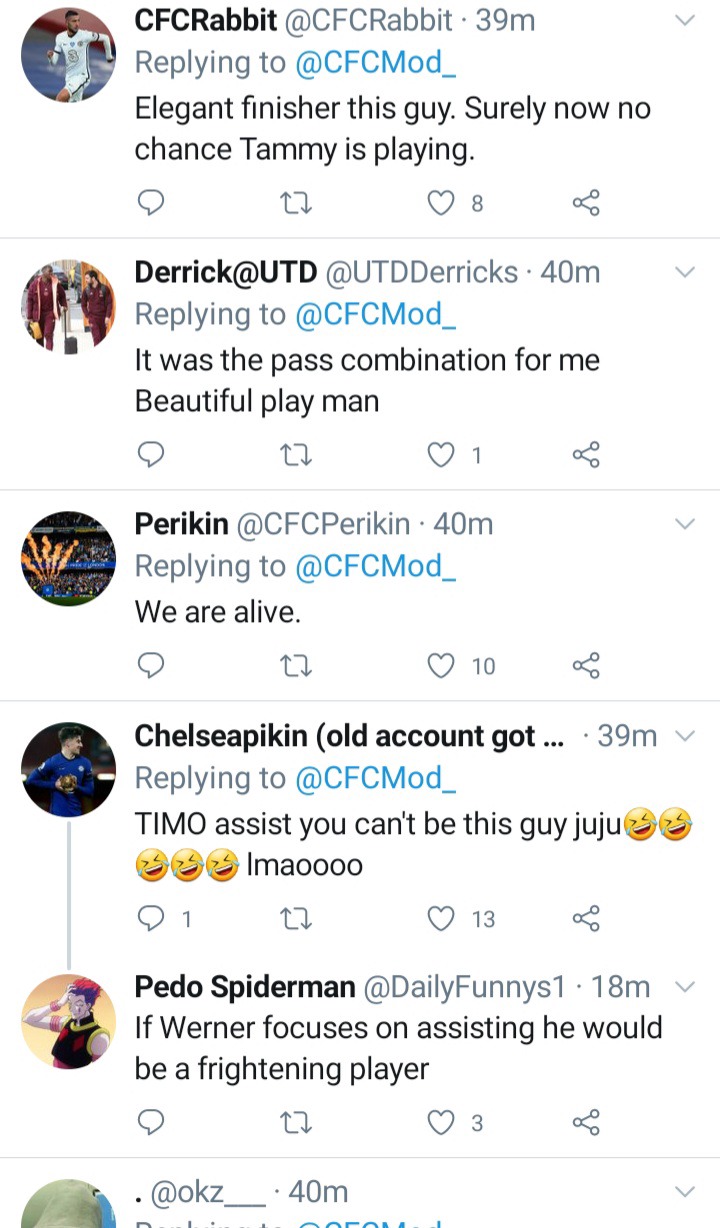 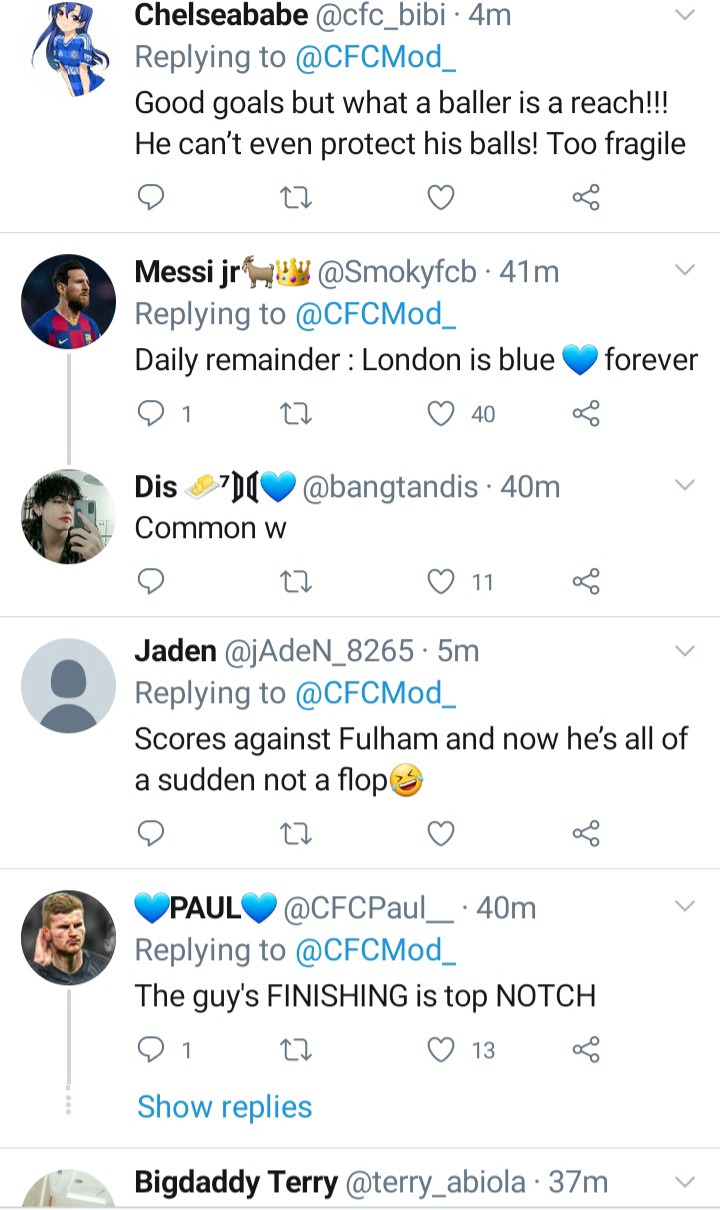 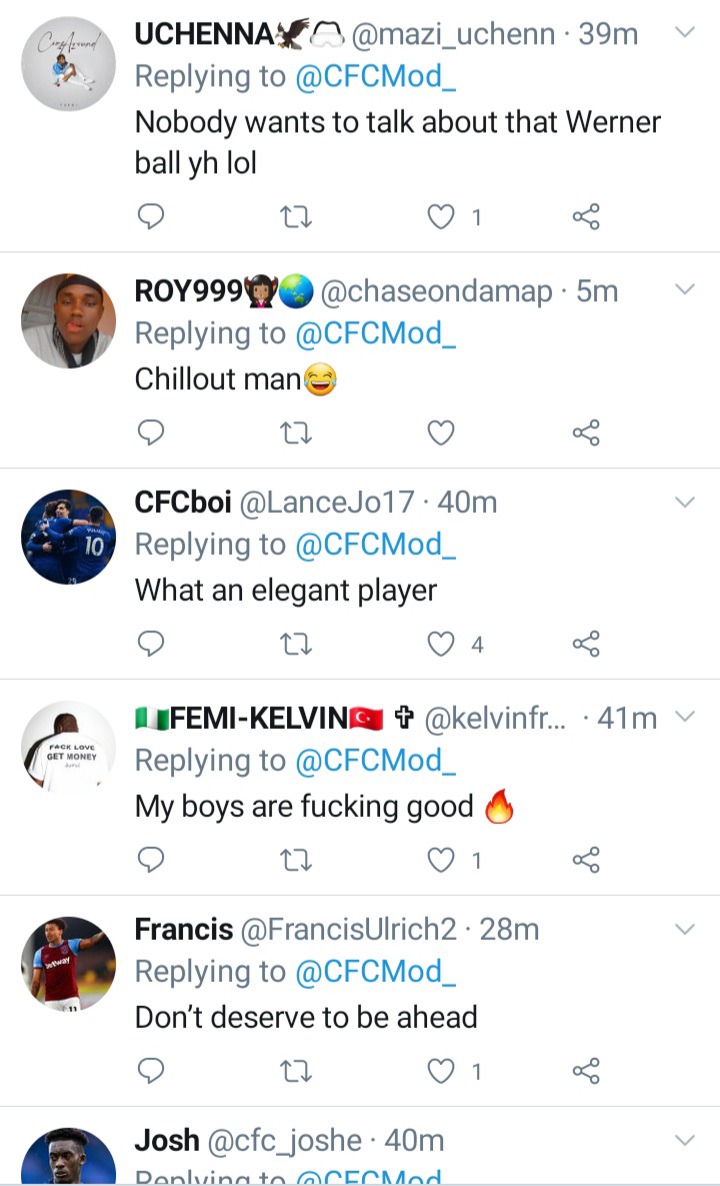 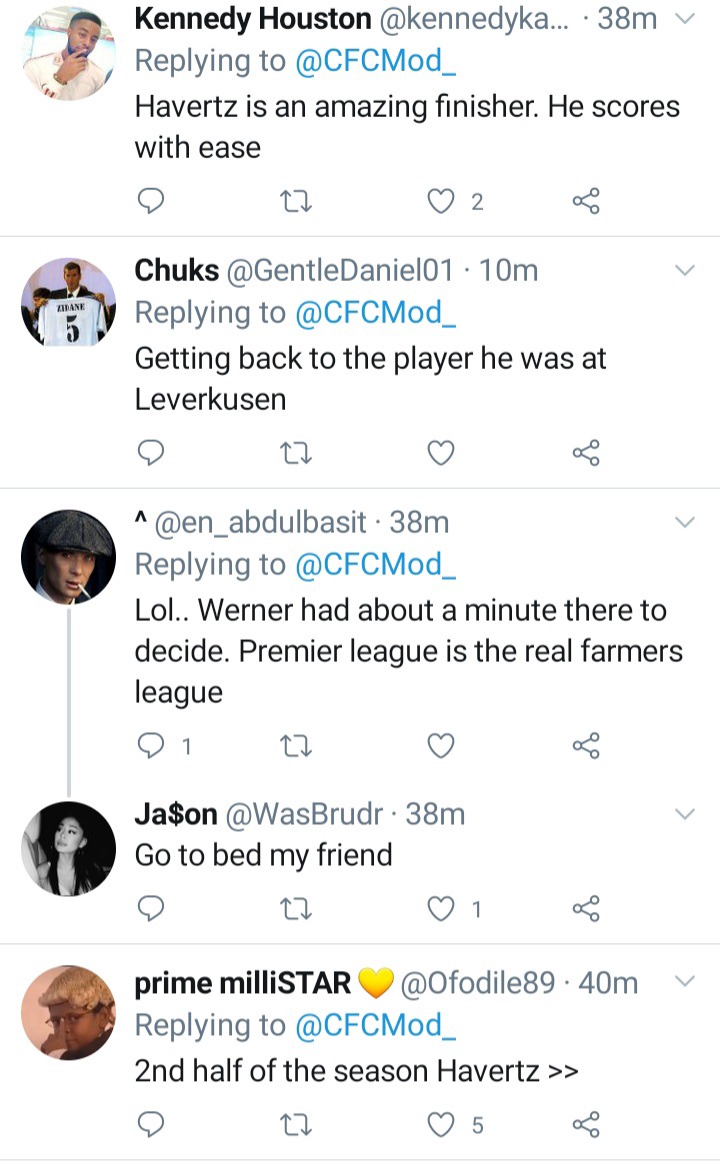 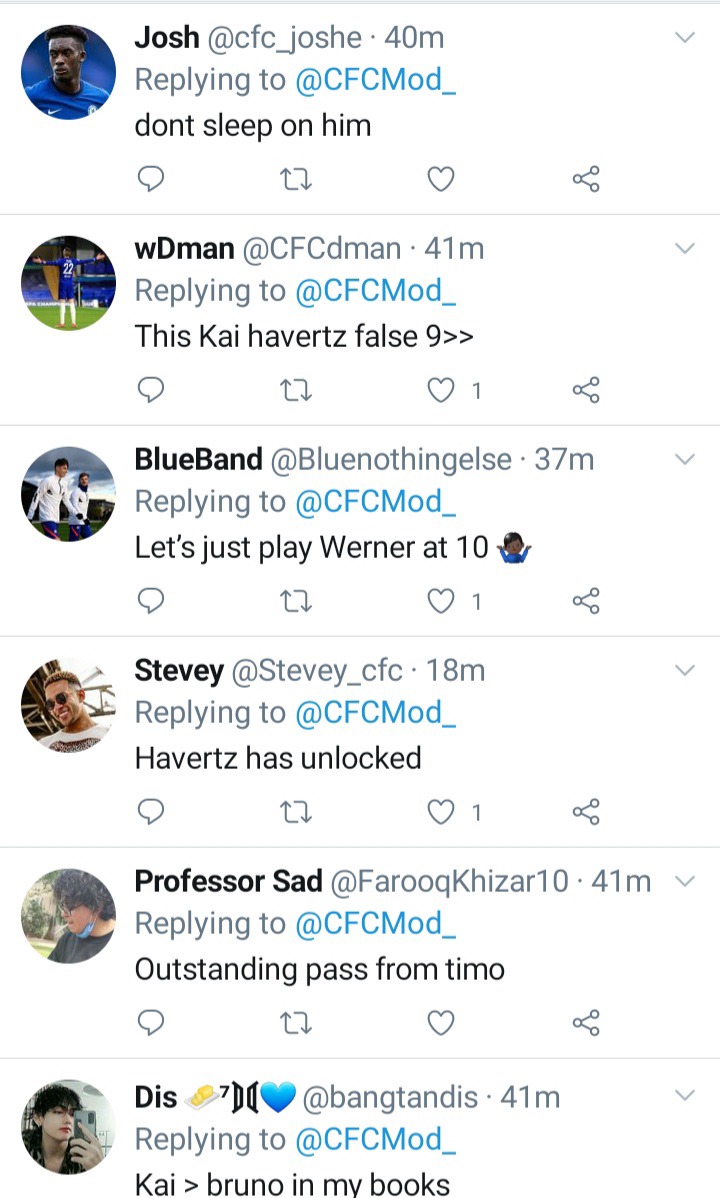