London derby:Two London clubs to face in FA's final after 3- 1 loss of Manchester United to Chelsea.

By Raybod (self media writer) | 2 years ago

The semi finals of the English FA cup tookplace on 18th of July 2020 which was yesterday and today 19th July. 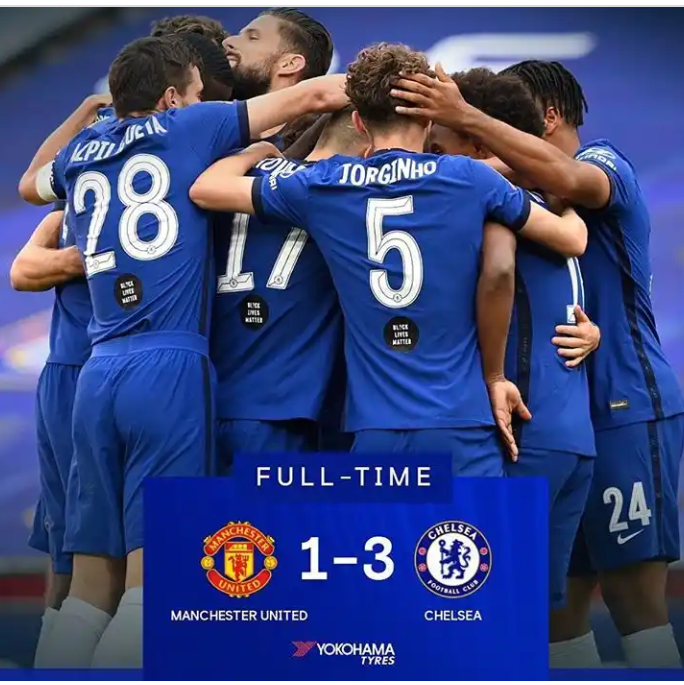 Today's match between Manchester United and Chelsea FC saw the latter winning 3- 1 with two goals from Giroud and Mount. In the 74th minutes Manchester's defender scored an own goal to put the visitor 3 nil ahead but Bruno Fernande's later scored for the home team but that was not enough to win the game for them.

Due to exit of Manchester United and Man City that are both from Manchester city, London based clubs Chelsea and Arsenal will face off in the final of the cup on the 1st of August 2020, which make the final a derby.