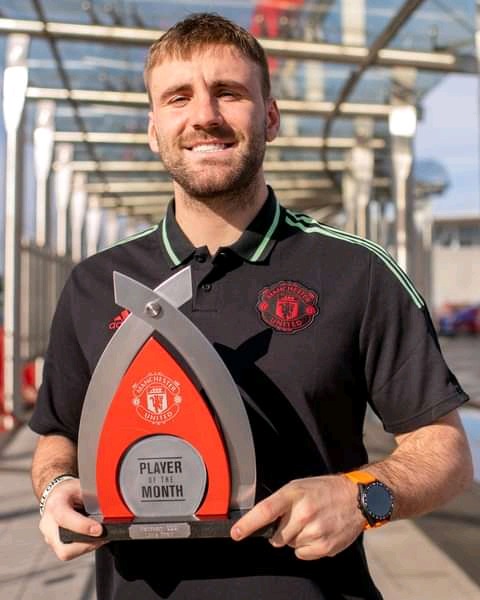 England defender, Luke Shaw has been voted the Red Devils Player of the Month.

The in-form full back has landed the star-man award for his brillant perfomances in February, having become an increasingly influential player in Manchester United team.

Luke Shaw has earned plaudits from club legend Denis Irwin for his fantastic displays of late, and we can only hope to be in a position to compare them both Luke Shaw and Denis Irwin as greats one day. The way in which the Englishman has responded to the signing of Ex-Porto Star (Alex Telles) has been brillant.

You would not find a better performing left-back in the English Premier League than Luke Shaw right now.

Picture: Luke Shaw with his Player of the Month trophy – via @ManUtd: 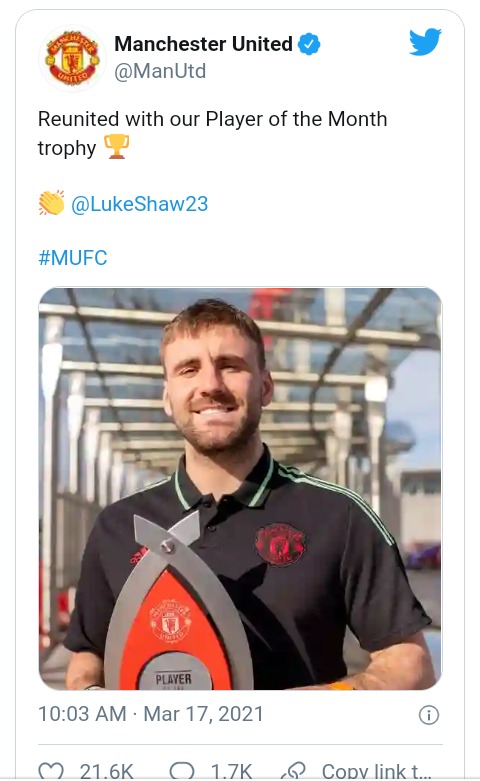 Manchester United face Italian Giants AC Milan Next in the UEFA Europa League, The Englishman will be hoping to put in solid perfomance against the Italians, and put Ole Gunnar Soleskjar's men into the Quarter-finals.