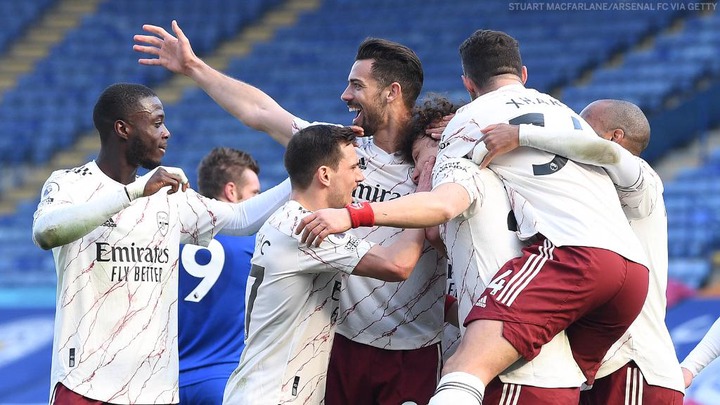 Leicester City were not impressive in the game despite getting the first goal of the game, as they suffered a back-to-back defeat across all competitions with their shock exit from the UEFA Europa league by Slavia Prague in the mid-week. 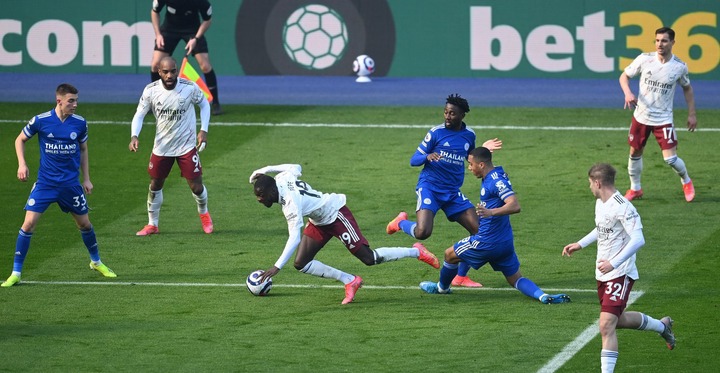 Arsenal despite conceding an early minutes goal were able to get their form after netting the equaliser to get the game balanced.

The host opened the scoring sheet in the 6th minutes with Youri Tielemans getting on the score sheet to give the host the lead and make it one nil. 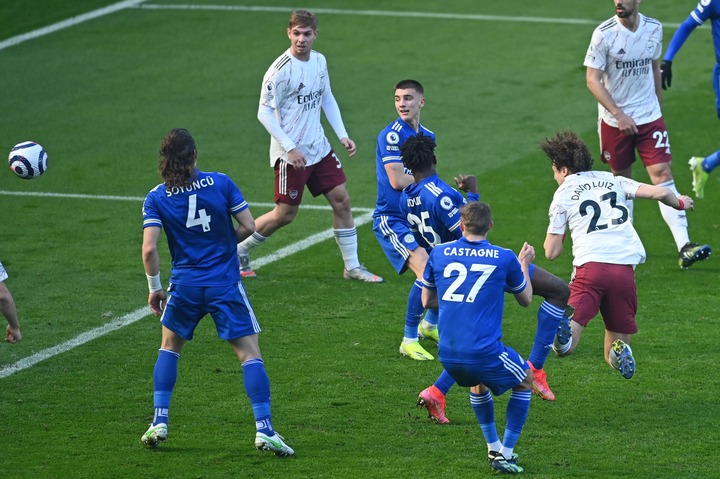 The Gunners were very coordinated as David Luiz stepped up to net the equalising goal for the visitor after been assisted by Willian in the 39th minutes levelling the game 1-1.

Arsenal were able to take the lead before half-time with Alexandre Lacazette scoring from the spot in the 45th minutes to make it 2-1 at the end of the first 45 minutes. 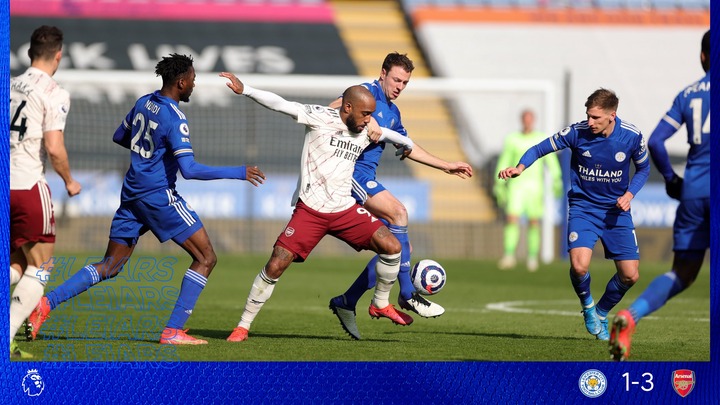 The Mikel Arteta's side were able to wrapped the victory up with Willian getting a brace of assist to set up Nicholas Pepe in the 52nd minutes to extend their lead over the host and make it 3-1 at full time. 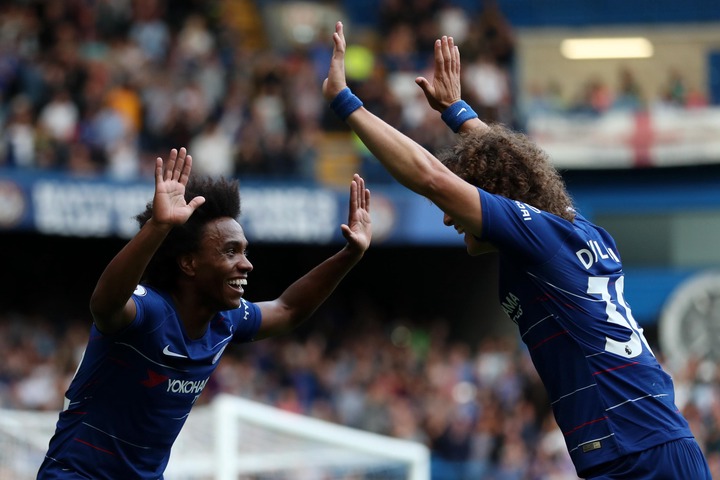 With Luiz and Willian linking up for the equalising goal, it means David Luiz has now scored a Premier League goal that was assisted by Willian for the second time, with the previous occasion coming for Chelsea against Huddersfield in February 2019. 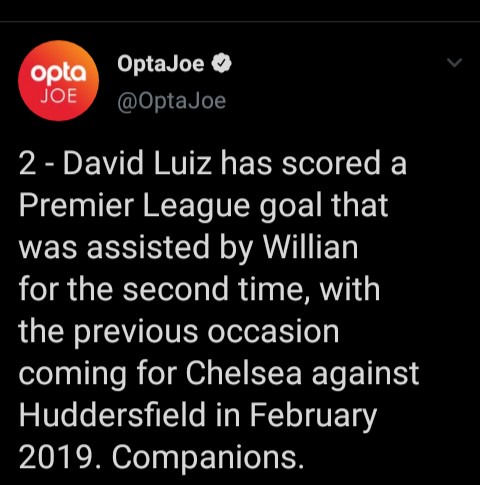 David Luiz and Willian are just the second Arsenal duo to combine for a premier league goal for the Gunners and another premier league club (Chelsea), after John Hartson and Ian Wright (West Ham United). 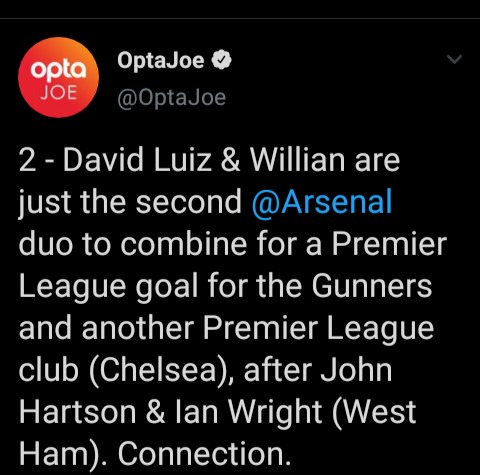 This was Arsenal's first away victory against a team starting the day in the top three of the premier league table since January 2015 (2-0 VS Manchester City) - they were winless in their last 14 such games coming into today (D2 L11). 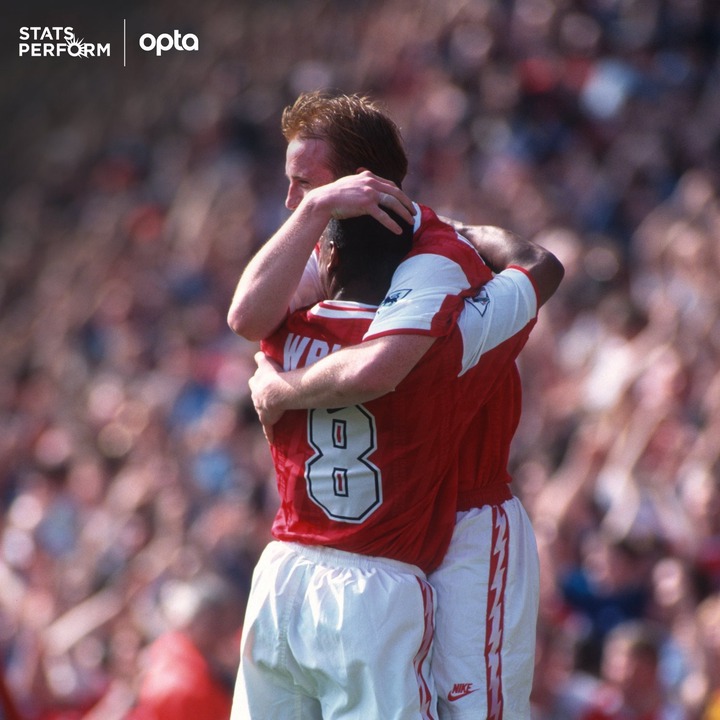 The win for Arsenal has now taken them to the 9th position with 37 points in 26 games played with their opponent of the day, Leicester City still at the 3rd spot with 49 points in the same number of games. 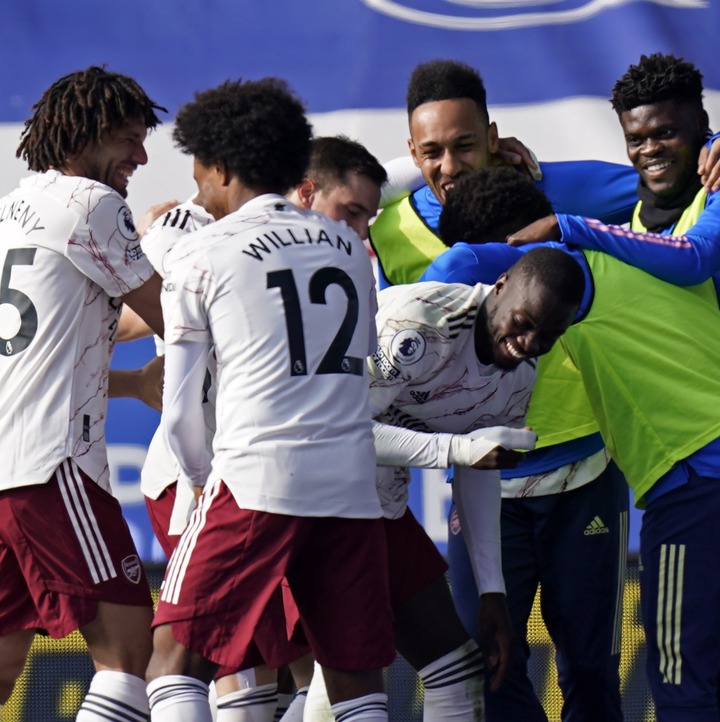 Arsenal are now trailing league leader, Manchester City with 25 points, as the Pep Guardiola's side are now top of the premier league table with 62 points in 26 games played.

Kelechi Iheanacho Has Now Scored In 4 Consecutive Games, Check out How Many Goals He Has This Season