By Sheisfolake (self media writer) | 5 months ago

Manchester United is one of England's most successful football clubs.They finished second in the Premier League table last season after playing outstanding football. Their most recent match was against Everton, which concluded in a 4-0 victory for Manchester United. In this article, we will discuss Manchester United, PSG and Manchester City's possible lineups for the 2021/022 season.

Midfielders: Wijnaldum, a Dutch professional footballer, will play with Verratti and Marquinhos in the midfield

Left & Right Wingers: Lionel Messi and Neymar will play in the wings.

Striker: Mbappe will play as an attacker

Goalkeeper: Donnarumma, an Italian professional footballer, will play as a goalkeeper 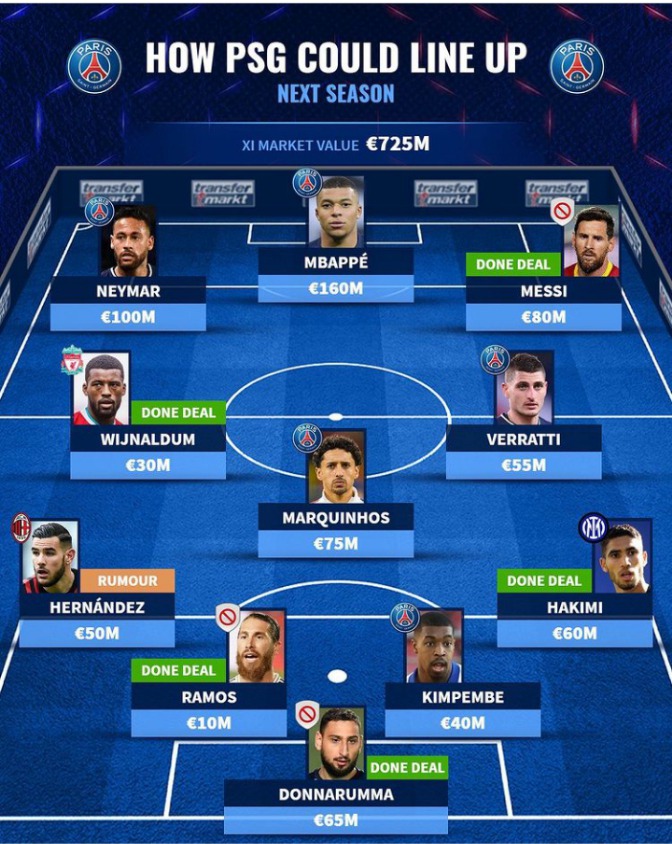 Manchester United's potential line-up for the 2021/2022 season is as follows:

Midfielders: Van De Beek, a dutch professional footballer, will play with Pogba and Fernandes in the midfield

Left & Right Wingers: In the wings, Greenwood and Marcus Rashford will play

Striker: Martial will play as an attacker

Goalkeeper: David De Gea, a Spanish professional footballer will play as a goalkeeper 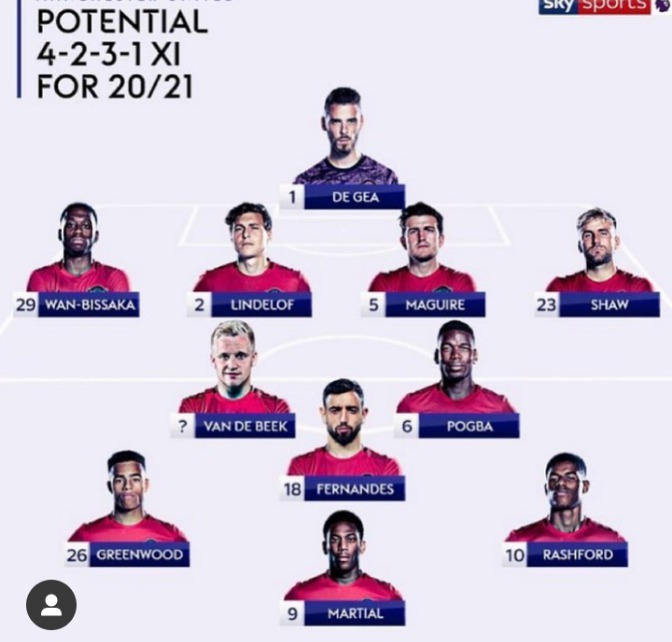 Manchester City's potential line-up for the 2021/2022 season is as follows:

Midfielders: Jack Grealish, an English professional footballer, will play with Kevin De Bruyne and Rodri in the midfield

Left & Right Wingers: In the wings, Mahrez and Foden will play.

Striker: Harry Kane, an English professional footballer, will play as an attacker

Goalkeeper: Ederson will play as a goalkeeper