Stand up for the Champions! Real Madrid are Champions of Spain after their 2-1 win over Villarreal

Real Madrid have done it! Los Blancos are Champions of Spain. 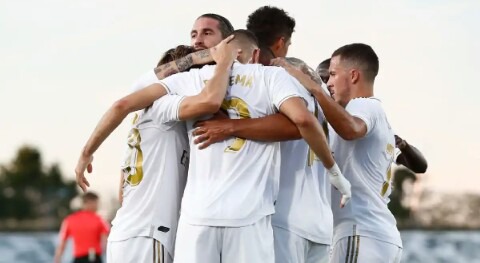 What a fulfilled season for Real Madrid. Shortly before the restart of La Liga, Real Madrid were six points behind Barcelona.

Zidane named a strong lineup with Hazard and Benzema leading the attack for Real Madrid. 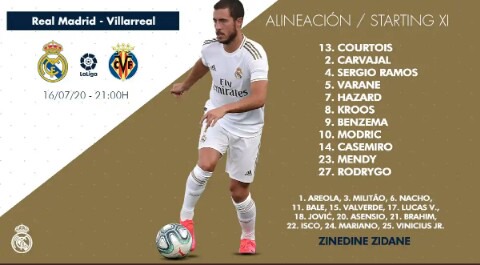 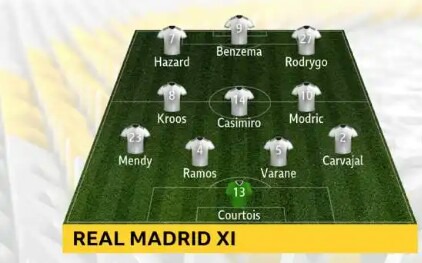 For Villarreal, Chukwueze was handed a start with Cazorla only making the bench. 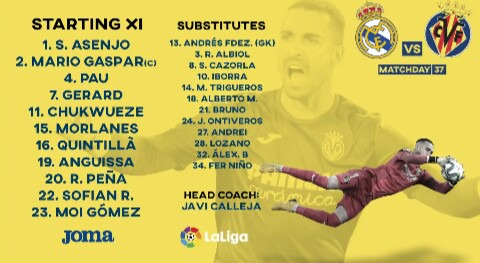 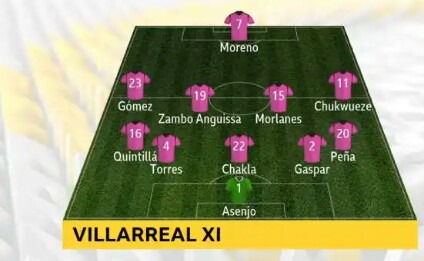 Los Blancos started the fixture with intent, and having a lot of possession in the early exchanges of the encounter.

They were rewarded for their dominance in the 29th minutes when Benzema converted from a Modric pass, who showed great composure to pick out the French international.

Casemiro did brilliantly well to win the ball in midfield before picking out Modric in the build up of the goal. 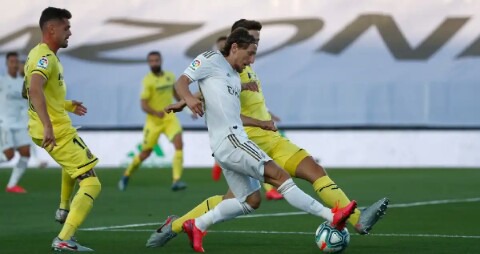 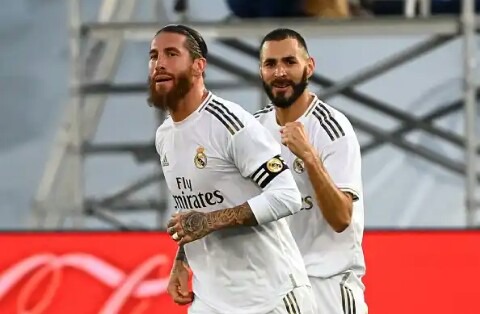 The goal marked Benzema's 20th goal of the season, and the striker is just two goals shy of Messi's tally of 22 in La Liga.

The first half ended in favour of Real Madrid, with Barcelona trailing Osasuna 1-0 at halftime at the Camp Nou. 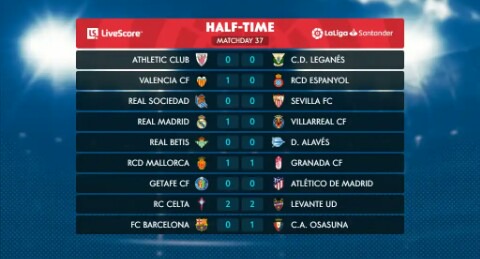 Real Madrid would later double their lead through a Benzema penalty.

Sergio Ramos was brought down inside the Villarreal's box under pressure from Sofian, with the centre referee pointing to the spot.

Sergio stepped up to take the penalty, but set up Benzema to score with a slick pass (reminiscent of the penalty combination between Messi and Suarez).

The referee however ordered a retake, as Benzema had already made his move inside the Villarreal box, before Ramos pass. Benzema took the penalty again and scored to give Real Madrid a 2-0 lead. 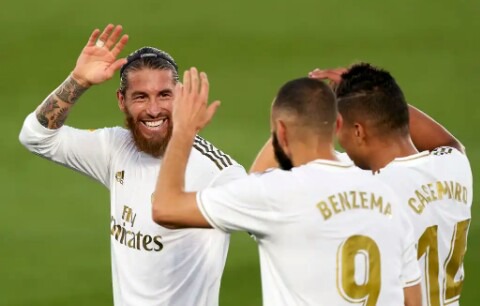 Villarreal halved the deficit through Iborra in the 85th minutes, but Real Madrid would hold on to record a thoroughly deserved 2-1 win that will see be crowned as Champions of Spain.

This is Madrid's first La Liga trophy since the 2016/17 season, and Zidane second as manager of Los Blancos. 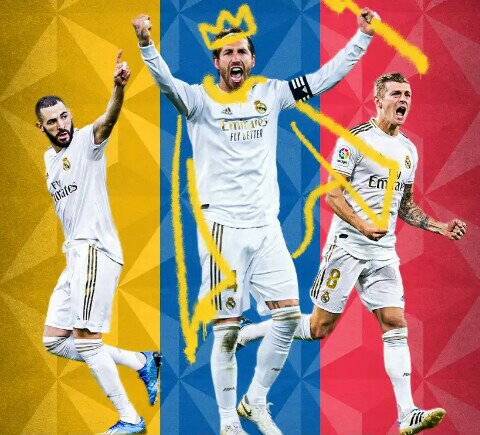 What's a season for Real Madrid!