INT 0-6 BAR: Barcelona new boy marks his debut for club with a stunning goal and a brace of assist 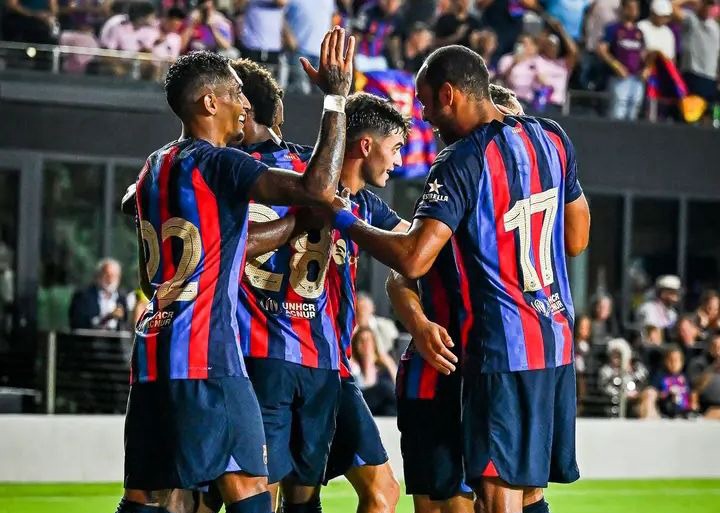 Barcelona football club of Spain new signing and prolific dazzler, Raphinha made his debut in the early hour of today for the Catalan giant in a club friendly which was their third pre-season game ahead of the new season against Inter Miami at the DRV PNK Stadium.

The 25 years old Brazilian international and former Leeds United star was handed his debut for his new club by Coach Xavi Hernandez as he was given a role to play in the starting XI line-up, where it took him just 25 minutes before he could found the back of the net to open his goal record for the club. 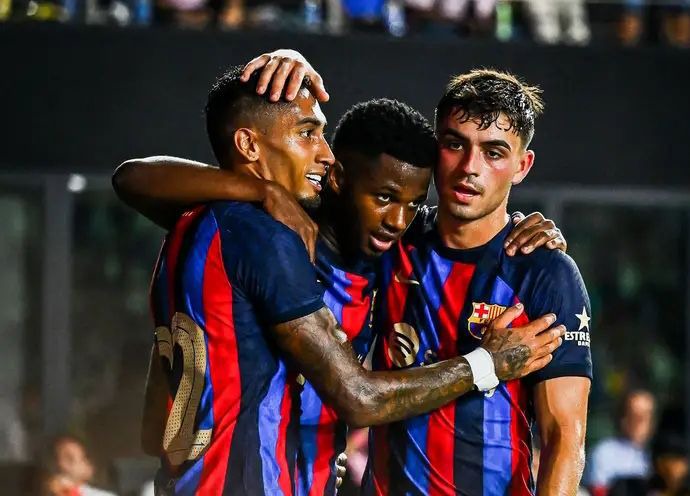 Raphinha made his move to the Camp Nou this summer from Leeds United after the Spanish La Liga Santander giant hijacked the deal from Chelsea who were initially the favourite to sign the Brazilian youngster.

Upon completing his move to the club and having his medical done, he resumed training by joining his new teammates and the rest of the squad for the pre-season tour where he has been doing pretty well with his tactical and technical skills. 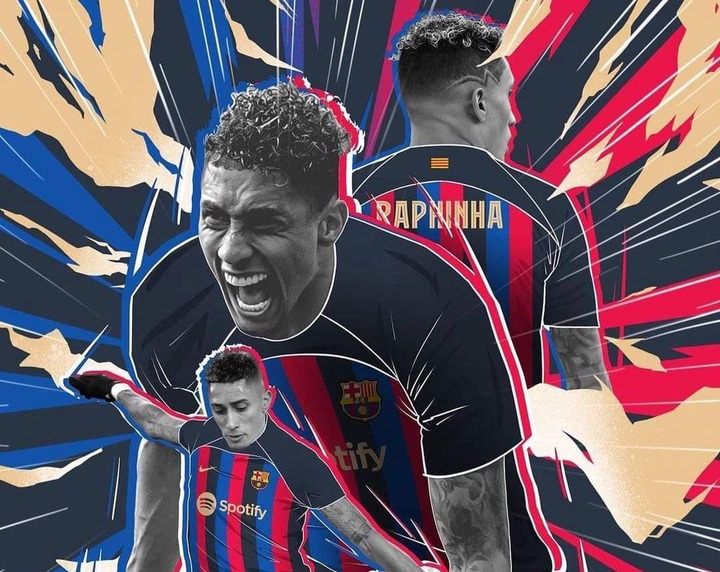 Goals from Pierre-Emerick Aubameyang, Raphinha and Ansu Fati gave Barcelona a three goals lead in the first half going into the half time break before the scoreline got extended with goals from Gavira Pablo, Memphis Depay and Ousmane Dembele in the second half which ended the game six goals to nil at full time.

Raphinha had a very good start to his Barcelona's career as he was directly involved in the first three goals of the game where he scored one goal and created a brace of assist which he will be hoping to keep the tempo and momentum going into their next game. 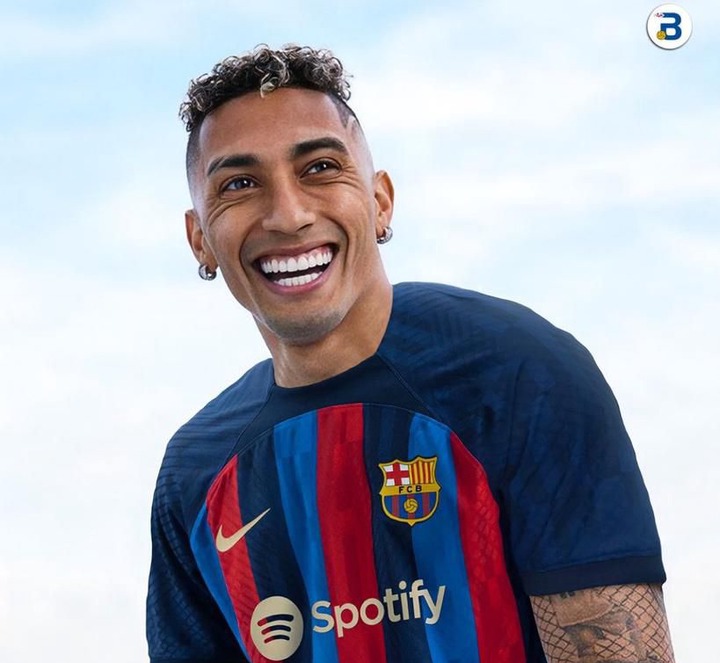