By DejiFayemi (self media writer) | 1 year ago

One of the main players in German football, Toni Kroos was part of the world champion selection in 2014 in Brazil.

Only the player went through a turbulent time four years later. Everything happened because of Mesut Ozil.

The midfielder posted a photo alongside Recep Tayyip Erdogan, president of Turkey. At the time, the image brought a lot of repercussions. 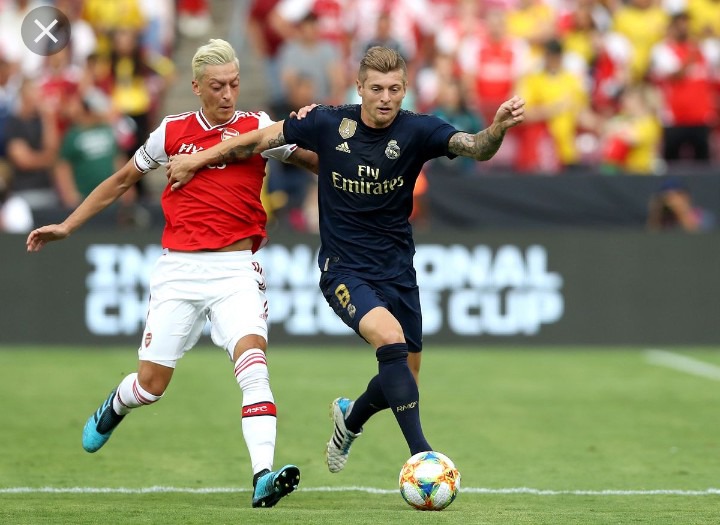 Ozil complained of racism and lack of respect, something that was repudiated by Kroos. The best stories in the world.

The Real Madrid player stated that there was no such division in the selection. This Friday (5), he participated in a live with Frank-Walter Steinmeier, President of the Federal Republic of Germany, and said that he was called a Nazi when criticizing his companion.

“After the 2018 World Cup, I said I didn't like the way Mesut Ozil resigned from the national team, so I was a direct Nazi for some people. Blond, blue eyes, everything fits for a lot of people ”, said Kroos, talking about the criticism suffered on social networks and attacking the 'fakes'.

"Nowadays, anyone can hide behind a false profile to insult strangers without any hindrance," he concluded. Toni Kroos in the match between Borussia Monchengladbach and Real Madrid for the Champions League

Ozil gave an interview to AFP and spoke again about the selection. He wished for success, but assured that he no longer wears Germany's shirt. “When I take a road, I don't turn around. I wish the German team success, but never again, ”said Ozil.