Cristiano Ronaldo has the most hat-tricks in the twenty-first century. 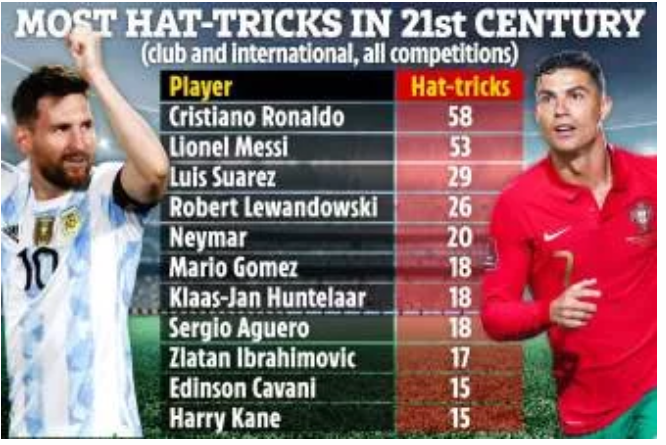 The Portuguese striker, who is five goals ahead of rival Lionel Messi, scored his latest treble in Portugal's 5-0 World Cup qualifying win over Luxembourg.

And Ronaldo has increased his lead atop the list of all-time hat-trick goal scorers in the twenty-first century.

Messi is five points behind on 53, and the closest challenger is Luis Suarez on 29.

Robert Lewandowski is one of the favourites to win the Ballon d'Or this year and the striker is three points behind Suarez. 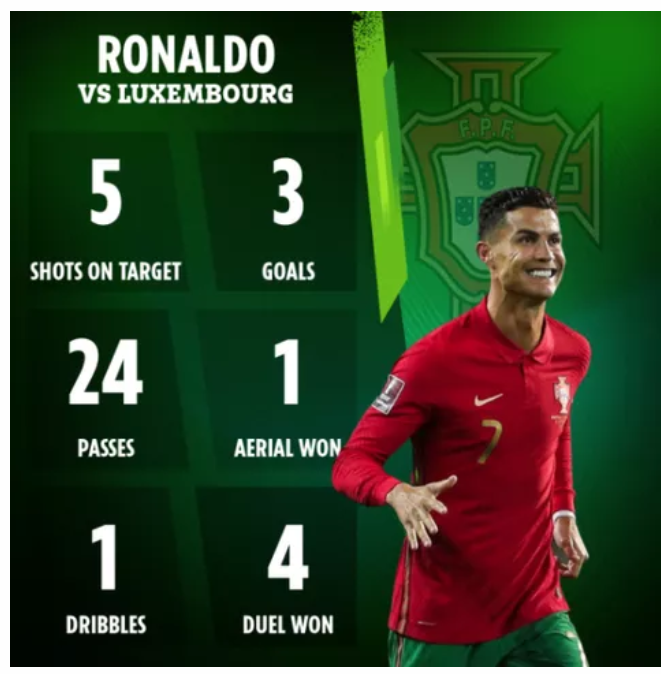 This season, the Poland international has already scored a hat-trick against Hertha Berlin in the Bundesliga.

Lewandowski has already scored a hat-trick against Hertha Berlin this season.

Mario Gomez and Klaas-Jan Huntelaar, as well as Manchester City legend Aguero, have each scored 18 hat-tricks.

Zlatan Ibrahimovic is one behind them, with Edison Cavani and Kane both on 15.

The Portugal international scored from the penalty spot against Luxembourg, blasting the ball straight down the middle.

Five minutes later, Portugal was awarded a second penalty, this time by Ronaldo himself, who converted it.

The referee, however, bizarrely pulled the ball back and forced him to retake - but the Portuguese simply hammered the ball home again.

Anthony Moris, the Luxembourg goalkeeper, denied the Portugal captain several times throughout the game, including a smart reactionary save to deny Ronaldo from an overhead kick.

But a Ronaldo hat-trick was inevitable.

With just three minutes to go, he peeled off his marker from a free-kick and headed the ball into the back of the net - securing his 58th professional match ball.

Lewandowski will undoubtedly feel cheated out of last season's award after helping Bayern win a historic treble, which included the Champions League.