By FMatins (self meida writer) | 1 months

Manchester United came from behind to beat Aston Villa 3-1 at Villa Park earlier today. The well-contested match means Manchester City will have to wait for another week to be crowned Premier League champions.

The Red Devils went a goal down at half-time after a superb strike from Bertrand Traore, before goals from Bruno Fernandes, Mason Greenwood, and Edinson Cavani gave United the much-needed three points that guarantee the Ole Gunnar Solskjaer's side Champions League football next season.

Here are my best three players that stood out for Man Utd on Sunday afternoon.

The youngster looked sharp from the outset as he troubled the Villa keeper from start to finish. A close-range save by Martinez and then another smart stop before the break denied Man Utd an equalizer before half-time. Greenwood then produced one of the best moments of the match with a sumptuous turn and strike to give Man Utd the lead. 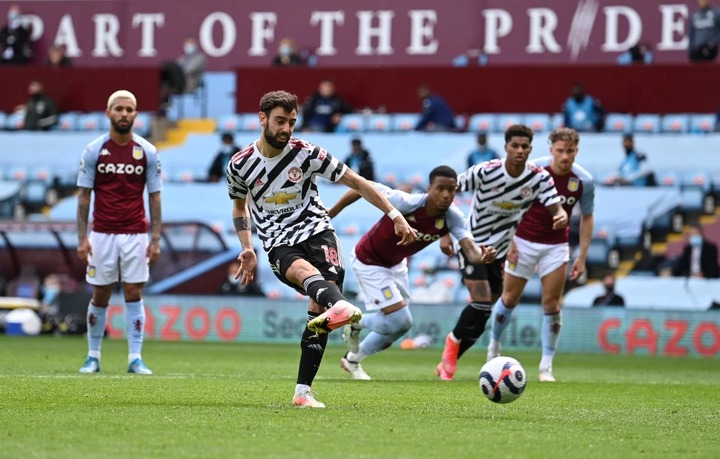 He was one of United's best players on the pitch this afternoon. He looked solid going forward and his link-up play with Rashford, Greenwood, and Pogba were all he needed to tuck in the equalizer away from the penalty spot. As the match went on he began to assert his authority which later paid off with a comfortable win for Man Utd. 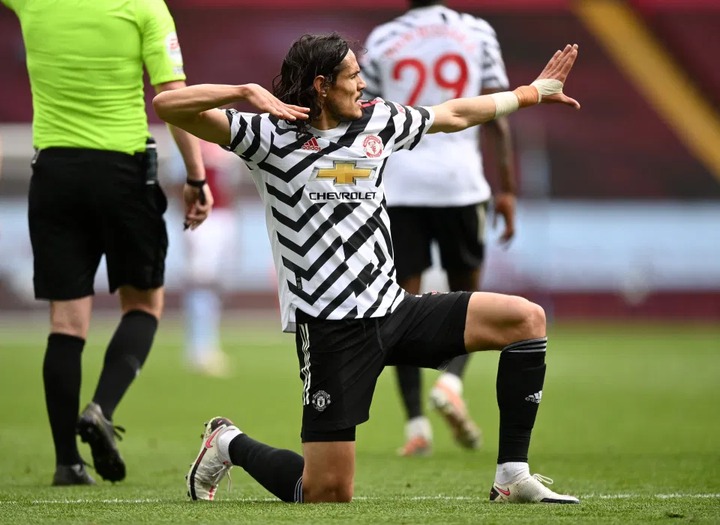 Cavani made a goal-saving clearance that would have given Villa a chance to come back into the game. The striker, who had just 25 minutes to prove himself did not disappoint, as he ensured the Ole Gunnar Solskjaer's side left with all maximum points. His world-class accuracy from a Rashford delivery for his 15th goal of the season was all he needed to be rated 8/10.

Content created and supplied by: FMatins (via Opera News )