Stefano Pioli talks about managing Zlatan's anger after substituting him AC Milan head coach Stefano Pioli discussed Zlatan Ibrahimovic’s disappointment ,after he was substituted against Bologna. Zlatan provided an assist before being subbed off just after ,the hour-mark as Milan went on to win the game 5-1 at San Siro. 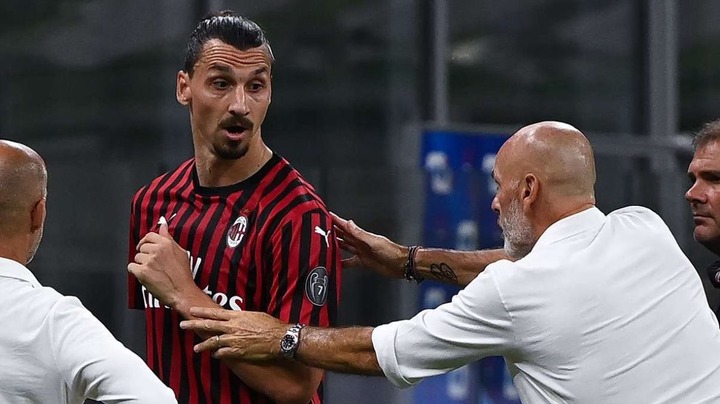 The 38-year-old appeared very annoyed ,at being substituted but Pioli said he was only managing the Swede. While talking to DAZN, he said, “He said something but honestly I didn’t understand. It’s also normal. I have to manage him, playing so much I need everyone to be well.”

Alexis Saelemaekers, Hakan Calhanoglu, Ismael Bennacer, Ante Rebic, and Davide Calabria were on the scoresheet as Milan thrashed their opponents. Milan currently sit sixth in the Serie A table and are unbeaten in nine games since returning from the COVID-19 -enforced break and Pioli is convinced with his side’s performance.

He said, “The team is having fun and this is positive. We played a high-level game and we were good. It means that we are well and we have gained confidence.” Milan’s next game is against Sassuolo on Tuesday and they will be looking forward to getting the, Europa League spot fixed as eight-placed Sassuolo are eight points away with only four games to play.

The last game between, the two sides was a goalless draw back in December last year. Milan will need the three points from the game as Napoli are just three ,points away from them with a game in hand. Any mistake will cost Milan and their hopes of Europa League may vanish into thin air.

Zlatan’s presence in the locker room has made a huge difference for Milan and thus, it is also said that if Zlatan performs, the team performs. Zlatan has four assists and five goals to his name in the 14 games he’s played but his influence is something that has proven crucial.