Liverpool Not Capable of Defending Their Crown

It is easy to see why Liverpool won't be defending their Premier League crown come next season.

After a thirty year long wait, The Kop finally landed their first premier league trophy owing to some breathtaking football for the past 18 months.

It is perhaps noteworthy that this could have been a second successive title had it not been for an almost relentless machine across the divide, The blue half of Manchester, who pipped their rivals by just a single point in the 2018/2019 campaign. The setback of losing the title by one point, did little to alter Jürgen Klopp's charges, as they went on to lift their seventh Champions League trophy - a springboard that helped launched their rise to the summit this season. It is hard enough winning the league after a 38 game arduous campaign. Retaining it is even much harder. Of the seven teams that have won the premier league, only Man Utd, Chelsea and Man City have achieved that feat.

Winning it a third time is another matter entirely as only a Sir Alex Ferguson inspired Utd has ever done it. The great teams or players in the game are built around consistency.

What Liverpool has achieved this past 18 months is beyond remarkable, but to rank as one of the true footballing great sides, is to repeat the feat for a considerable amount of time.

The ability to produce title winning sides over and over again is what sets Sir Alex Ferguson apart from other managers. It is why there will probably not be another like Cristiano Ronaldo and Lionel Messi. These are guys who aren't just content with getting to the top, they want to stay there for however long.

Winning without the right kind of motivation breeds complacency. Just as every team in the division will be plotting on devising various means to halt a winning teams progress.

Inorder to do it again, doing what made you champions before doesn't just suffice. The Barcelona's, Bayern Munich's, PSG's and Man Utd's of this world find that little bit extra, that additional one yard to go above what was previously achieved.

This is why I fear for this Liverpool team. Motivating a team that has won a champions league and premier league title in the space of a year wouldn't be a problem for Jürgen Klopp. After all, this was a manager that won back to back Bundesliga titles with Borussia Dortmund. But the German League with no disrespect, is not in the same LEAGUE as the Premier League. This is not a league that has just one protagonist.

Man City is wounded and with them escaping a UEFA ban, there's certainly enough money burning in their pocket to spend on their already formidable team. Chelsea has already bought two superstar players in Hakim Ziyech and Timo Werner and the transfer window is not even opened yet. Man Utd are looking like the Utd of old and are currently the best side in the league on current form having gone 18 matches unbeaten. Tottenham have gone all out and hired a natural born winner in Jose Mourinho who has won with every club he's been with. Add Arsenal, Leicester and even Wolves in the mix and what you have is no longer a four horse race but an eight. If the resumption of football in June signalled the start of a new season, then Liverpool would be out of the European places based on the eight games played.

Their tally of 11 points from a possible 24 would have them sitting in ninth well below their usual high standards. It is bordering on ridiculous if you consider the rate of points they've been accumulating pre lockdown.

Remember this is a team that had won 19 of their last 20 premier league matches either side of that single 3-0 defeat to Watford.

Since the restart and after Liverpool was crowned champions without kicking a ball, by virtue of City's loss to Chelsea, Liverpool has already lost twice, that's twice as much as they have before the break.

There has been uncharacteristic errors by star players, culminating in usually reliable stalwart Allison and Virgil Van Dijk costing them 3 points - which would have ensured they broke the 100 point mark - against an inconsistent Arsenal side in midweek. In contrast, Van Dijk's last error leading to a goal was in March 2019. Could this be put down as mere lapses owing to the title already in the bag? Jürgen Klopp admitted that much in his post match press conference.

"We took a break, that's clear, lost concentration. It's the premier league and you cannot do that. Virgil Van Dijk lost the ball, but I didn't see a lot of offers. Nobody wanted the ball, it makes no sense. Whether it's concentration or not or whether it's post title celebration effect, one thing is clear, nineteen teams are working out ways to knock Liverpool off their perch.

Klopp's gegen pressing style of football is exhausting as was seen in his latter days at Dortmund where the teams performances dropped off considerably resulting in a seventh place finish in his final season.

Liverpool, unlike Man City is not blessed with a bigger squad with two very good players jousting for one position. It will be intriguing to see how they cope with injuries to star players. 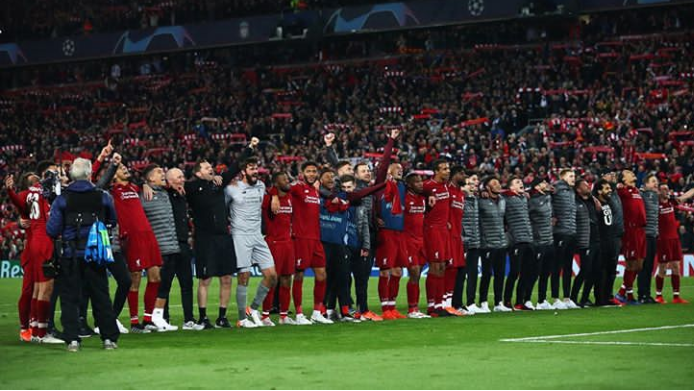 On the financial side, it doesn't look like there will be a huge transfer outlay at Merseyside either. There's the need to certainly refresh a title winning team to keep players on their toes and ready.

But with the cost of the Covid-19 pandemic still to be ascertained, it is less likely Liverpool will be spending much especially since their only buy of note since last season was the January addition of Japanese Takumi Minamino. Attentions have already turned to next season even with two games left to play in the current one.

Will the second season syndrome for title winners scuttle Liverpool's hopes of retaining their crown? Based on the premier league arguably being the strongest in the whole of Europe, it wouldn't come as much of a surprise.