Lionel Messi's stat for 2021/2022 season after joining Paris Saint Germaine has been slow.

The goals and assists have refused to come for the six times ballon d'or winner since his debut for the French side while Ronaldo who returned to Manchester United this summer has already found the back of the net 4 times in 3 appearances. 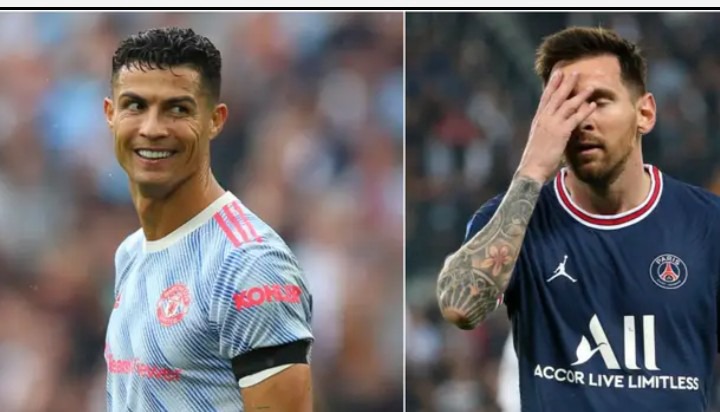 Although Lionel Messi starts the 2021/2022 season with Paris Saint Germaine slowly by his lofty standards, he could finish ahead of Ronaldo in goals and assists by the end of the campaign.

Here are two reasons the Argentine Could finish with more goals than Ronaldo:

1. Talented Teammates: Lionel Messi is surrounded by world class players who could help him achieve and break records this season. Players like Kylian Mbappe, Angel Dimaria and Neymar are talented players with great control, dominance and attacking intent.

Although Ronaldo also have Paul Pogba, Fernandes and Greenwood who could assist him this season, their consistencies and forms usually deteriorate during the crus.ch end of the season.

2. Last season while still at Barcelona, Messi scored five non-penalty goals and notched four assists in the opening nine matches in over 1000 minutes. However, after getting his first non penalty goal in November, the Argentine finished the 2020/2021 campaign as the second highest goalscorer in Europe's top five leagues behind Lewandowki . He finished the season ahead of Cristiano Ronaldo in terms of goals, where majority of the goals were stunners. The Argentine topped the goalscoring charts yet again in Spain and carried the team on his back.