By SpeedFingers | self meida writer
Published 25 days ago - 1 views 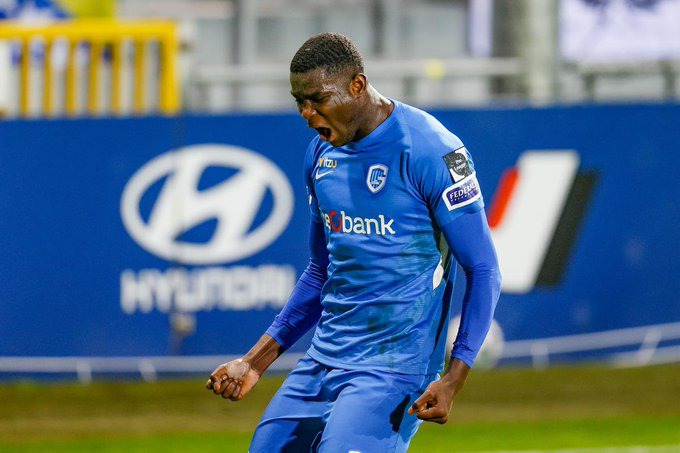 Racing Genk of Belgium’s in-form attacker, Paul Ebere Onuachu confirmed his lethal form of the season on Sunday, with another well taken goal in the FA Cup, while Moses Simon also proved how strong he remains as a top striker for FC Nantes of France. 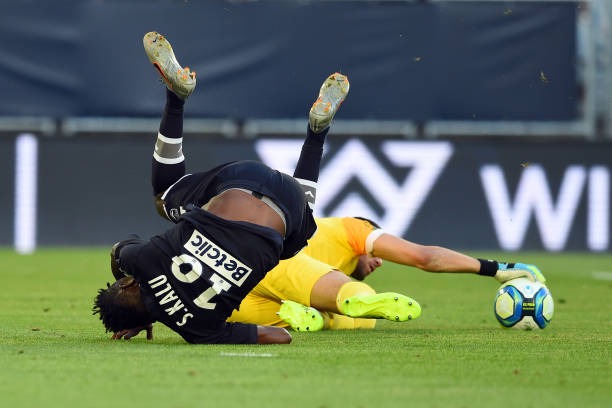 While Samuel Kalu bowed to injury in France and Nathan Tella continued surging through the ranks in the English Premier League, Asisat Oshoala made her presence known as well, as the Super Falcons’ captain proved that the ladies can do what the men do, even better.

In Belgium, Onuachu scored his 27th goal of the season for Genk and helped the less-fancied side edge past RSC Anderlecht to reach the Belgium Cup final with a 2-1 victory, after the former FC Midtjylland of Denmark giant opened scoring in the 17th minute. 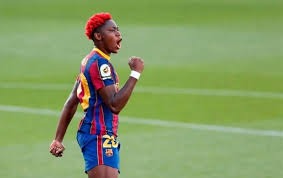 While fellow-Nigerian striker, Paul Mukairu was a late sub for Anderlecht, Onuachu’s second goal in the Belgium Cup, buoyed by 25 in the league, elevated Genk to the ultimate stage, where they will face winners of the other semi-final between KAS Eupen and Standard Liege.

In France, Simon got a late match winner for struggling Nantes to shock champions Paris-Saint Germaine 2-1 and his side moved up to a point from relegation, after he got on the end of a fast breakaway to make hay in the 71st minute. 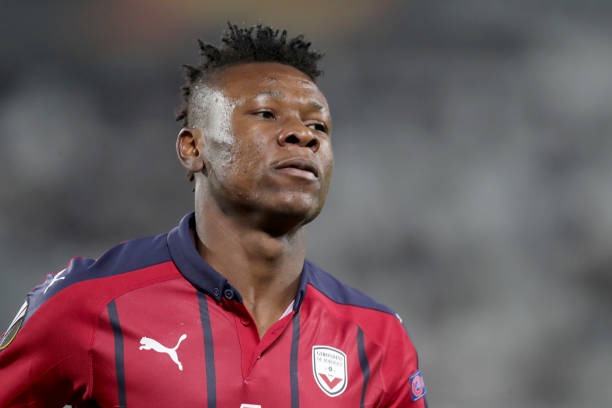 Moses’ back breaking sizzler away to PSG was the 25-year-old winger-cum-attacker’s fourth goal this season in the French Ligue 1 and helped Nantes fare better in the relegation playoff spot with 27 points from 29 matches, but they are still a point away from safety.

Also in France on Sunday, Girondins-Bordeaux winger, Samuel Kalu was forced out of action in a French Ligue 1 fixture away to Dijon, as he had to be replaced after just 16 minutes, following which his team’s coach, Jean-Louis Gasset provided a scary update of the player. 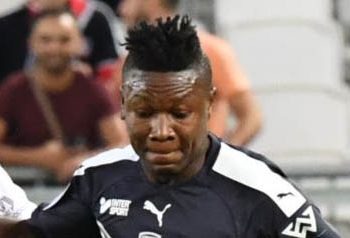 Gasset disclosed that Kalu, who only returned after a relapse of an injury he first copped on international duty has another problem around his thigh, which puts him doubt for the Super Eagles’ upcoming 2022 Africa Cup of Nations qualifiers against Benin Republic on March 27 in Porto Novo and three days at home versus Lesotho in Lagos.

The 23-year-old former Heartland of Owerri, SK Trencin of Slovenia and KAA Gent of Belgium ace was not in the Super Eagles squad for their last three matches, after bowing out in a friendly against Algeria, after which he missed another versus against Tunisia as well as home and away with Sierra Leone in the AFCON qualifiers. 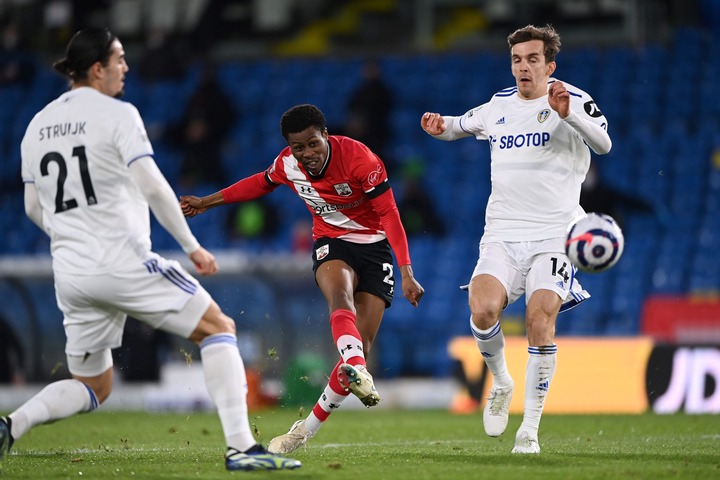 Kalu will now undergo medical examinations on Monday to determine the extent of the injury and will decide whether he will be available for selection for Bordeaux's Ligue 1 tie against Montpellier this Sunday and for the Super Eagles’ upcoming matches.

In Holland, Emil Maduka Okoye made it back-to-back clean sheets for Sparta Rotterdam, as he inspired them to a 2-0 home win against RKC Waalwijk, thereby taking the Super Eagles’ new number one shot-stopper to six clean sheets and just three shy in the race for the golden glove. 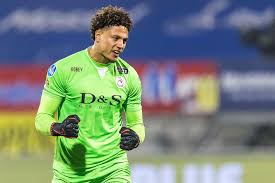 It came on a day Okoye started his 20th consecutive league match and ended up helping Rotterdam snatch back-back wins for the first time since December of 2020, with second-half strikes from Tom Beugelsdijk and Bryan Smeets in the closing stages paving the way to glory.

The 21-year-old Okoye, who ended the game with a rating of 6.8, is already sparking a possible summer transfer tussle, with Ajax Amsterdam of Holland already said to be interested in a deal for the former Fortuna Dusseldorf of Germany fourth choice. 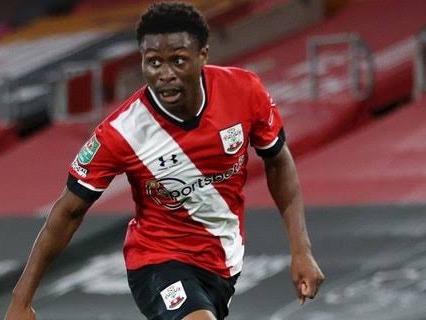 In England, Nathan Tella got a sixth consecutive appearance for Southampton on an evening The Saints suffered a 2-1 loss to visiting Brighton & Hove at St Mary's Stadium, as his side’s coach, Ralph Hasenhüttl kept his word by including the youngster in his starting 11.

Lewis Dunk gave Brighton the lead from a corner in the 17th minute but he then inadvertently flicked the ball on for Southampton's Che Adams to volley home his seventh Premier League goal of the campaign in the 27th minute. 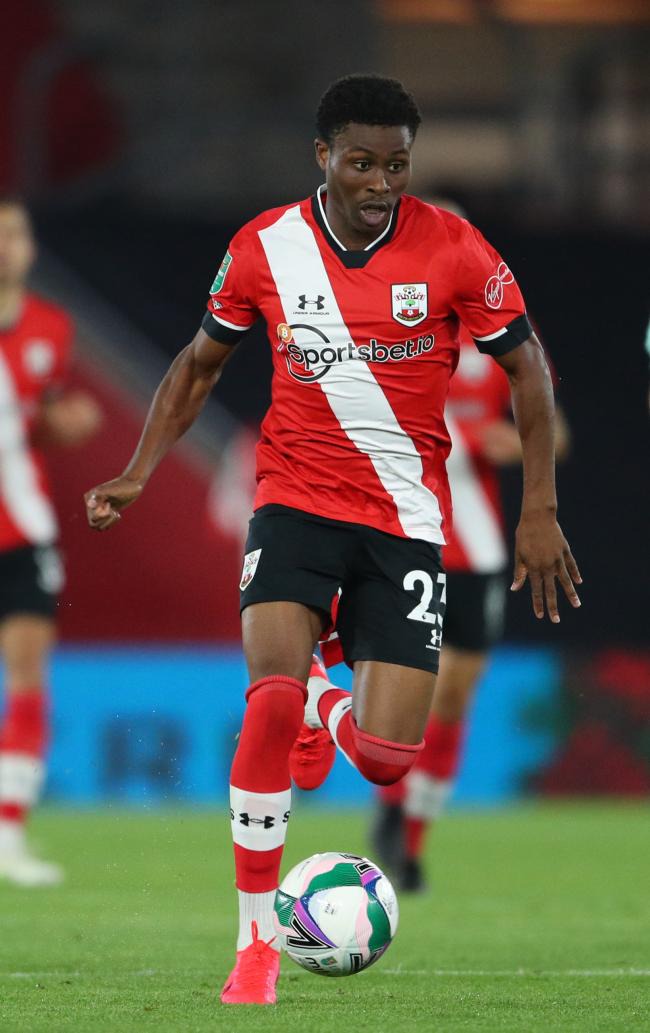 Despite frenetic efforts from Tella and his teammates, Leandro Trossard spoiled their fun when he got the winning goal for the visitors with a fabulous finish after being set up with a piercing pass from Danny Welbeck in the 56th minute.

In England’s lower sector, Matthew Sorinola made waves with Milton Keynes Dons and the 20-year-old lad helped his side beat Accrington Stanley 3-2 in an English League One encounter at Stadium MK. 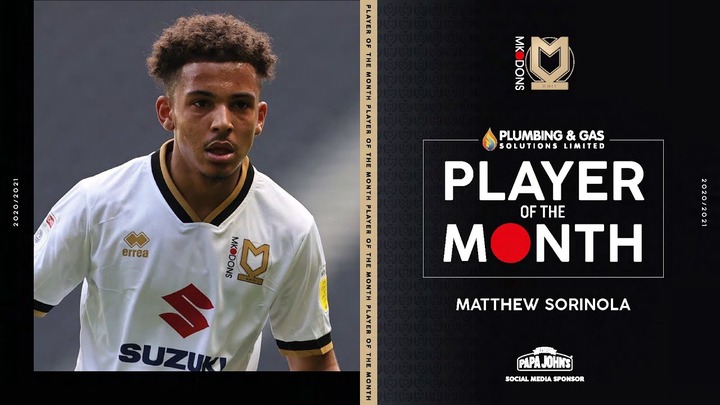 Sorinola, who is having a breakout season and has been linked with summer moves to Leeds United, West Ham United, Crystal Palace and Newcastle United, got the game’s best player award thanks to a hat-trick of assists he provided during the encounter.

MK Dons opened scoring after six minutes, when Sorinola rolled a pass perfectly into the path of Cameron Jerome who rounded the keeper, after which the Nigerian-born lad whipped in a cross that was turned home by the same colleague ten minutes. 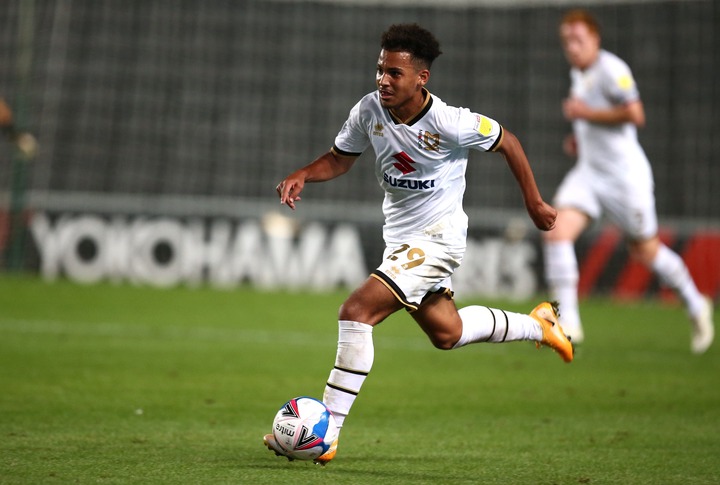 Sorinola’s third assist of the game came in the 92nd minute, when he perfectly set up Matthew O'Riley to power home a header past the goalkeeper following an excellent delivery from The Dons’ hero in jersey number 29.

In Spain, Oshoala got one of the goals that helped Barcelona Femeni maintain their winning run in the Spanish Primera Iberdrola with a 5-0 victory over Valencia on Sunday, and marked a relief of sort for ‘Super Zee,’ as she failed to hit target in her last four league outings. 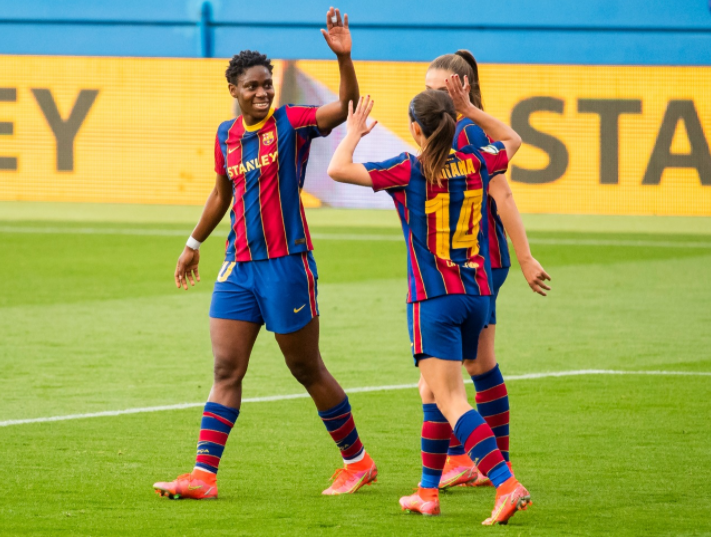 The short barren run came after she hit home a brace in a 4-1 victory over Real Madrid on January 31, and Oshoala, who put her 266-minute goal drought to a close during a 5-0 victory against Fortuna Hjorring in the UEFA Women’s Champions League, which paved way for same in the domestic front.

Alexia Putellas gave Barca the lead from the penalty spot after just seven minutes, following which Aitana Bonmati set up Caroline Graham Hansen to double the lead in the 25th and Lieke Martens then assisted Oshoala to end her domestic barren run three minutes later. 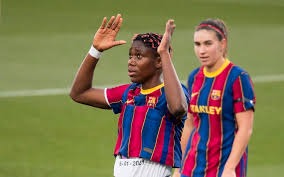 erigga all songs nnpc shortlisted candidates solomon lange yabo transfer news deadline when is ramadan 2019 starting
Opera News is a free to use platform and the views and opinions expressed herein are solely those of the author and do not represent, reflect or express the views of Opera News. Any/all written content and images displayed are provided by the blogger/author, appear herein as submitted by the blogger/author and are unedited by Opera News. Opera News does not consent to nor does it condone the posting of any content that violates the rights (including the copyrights) of any third party, nor content that may malign, inter alia, any religion, ethnic group, organization, gender, company, or individual. Opera News furthermore does not condone the use of our platform for the purposes encouraging/endorsing hate speech, violation of human rights and/or utterances of a defamatory nature. If the content contained herein violates any of your rights, including those of copyright, and/or violates any the above mentioned factors, you are requested to immediately notify us using via the following email address operanews-external(at)opera.com and/or report the article using the available reporting functionality built into our Platform 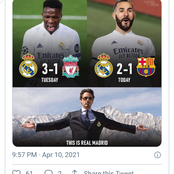 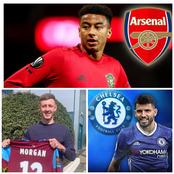 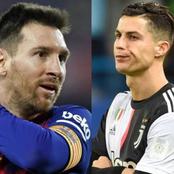 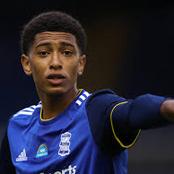 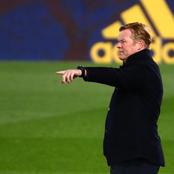 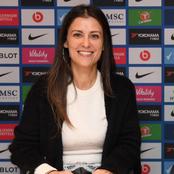 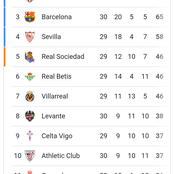 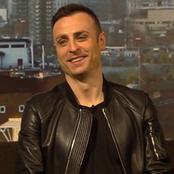 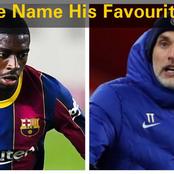 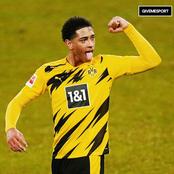