Arsenal secured an important draw in their Premier League game against Crystal Palace earlier this evening.

Mikel Arteta would not be pleased with the performance of his players especially in the second 45 minutes.

Arsenal started the game on a very good note as they dominated possession in the early stages. The team showed great display in front of their home supporters in the first few minutes.

Arsenal grabbed the first goal of the game after an easy strike from their Gabonese striker, Pere Emerick Aubameyang.

Things didn't turn out well for Arsenal very early in the second half as Crystal Palace quickly grabbed an equaliser after a brilliant strike from Christian Benteke. 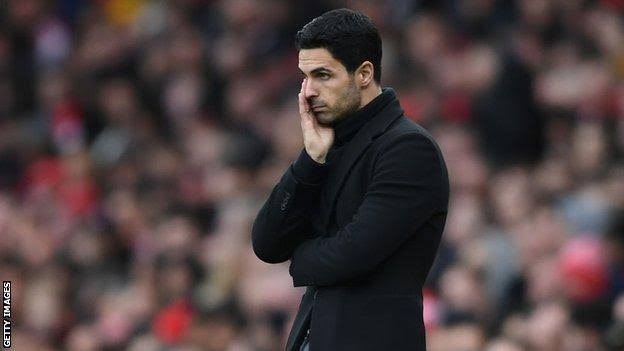 Arsenal settled for a draw in a match they were tipped to win at the Emirate Stadium. Arteta's men would have to improve their performance when they take on Aston Villa in their next Premier League game.

Arsenal's next eight Premier League games seem to be very tough. This is the time for Arteta to get his tactics right and produce positive results for the team.