By May_koos (self media writer) | 2 years ago 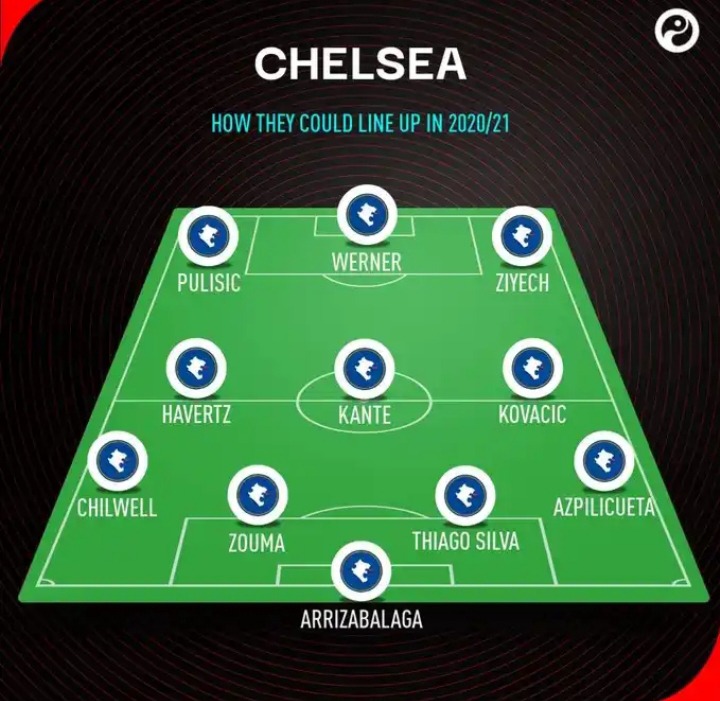 The 2020/2021 premier league season has already began with Arsenal and Liverpool starting their campaign with victory.

Chelsea football club will be hosted by Brighton and Hove Albion tonight and moose of their new signings may likely feature in tonight's game.

Brighton will also be with key players for today's game after they announced the signing of former Liverpool player Adam Lallana on a free transfer after his deal with Liverpool expired. They have also signed Ajax right back Veltman for an undisclosed fee.

Meanwhile, Chelsea are the highest spenders currently in the transfer market. Frank Lampard's side have already secured the signing of six first team players all for around £200M. They acquired the signatures of both Hakim Ziyech formerly of Ajax and Timo Werner of RB Leipzig who was Bundesliga second highest goalscorer last season.

Earlier this month, Chelsea signed former Leicester City's left back Ben Chilwell for £50M and they also signed Malang Sarr and Thiago Silva both on free transfers after their contracts expired with OGC Nice and Paris Saint Germain respectively.

The biggest signing this year for Chelsea was Kai Havertz who joined the Blues from Bayer Leverkusen for a club record fee. Chelsea are still looking to add more experience to their squad with Stade Rennes goalkeeper Eduoard Mendy on the verge of joining this season, with Westham's Declan Rice still on the list.

More pressure will be on Frank Lampard's team tonight to perform after their high spending in the transfer market.

Here is how Chelsea might possibly lineup to face Brighton tonight.

What are your thoughts on the lineup?

Content created and supplied by: May_koos (via Opera News )