By Adegorioye (self media writer) | 7 months ago

The Union of European Football Associations (UEFA) has announced the abolishment of the away goal rule. The European football governing announced on Thursday while also stating the reasons behind the latest decision. The UEFA away goal rule which has been in effect since 1965 has finally been abolished by the football association. It was gathered that the decision to abolish the rule was approved by the Executive Committee of UEFA after it was recommended by UEFA Club Competitions Committee and the UEFA Women’s Football Committee.

The committees had recommended the removal of the away goal rule from the qualifying stages of all 2021-22 competitions.

According to UEFA boss, Aleksander Ceferin, the rule now runs counter to its original purpose. 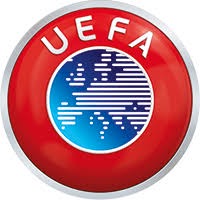 Speaking regarding the issue Ceferin said, "Although there was no unanimity of views, many coaches, fans, and other football stakeholders have questioned its fairness and have expressed a preference for the rule to be abolished.”

Ceferin added that the away goal rule dissuaded home teams (especially in the first legs), from attacking because they fear conceding a goal that would give their opponents a crucial advantage.

The UEFA boss also claims that there is criticism regarding the unfairness, especially in extra time, of obliging the home team to score twice when the away team has scored. 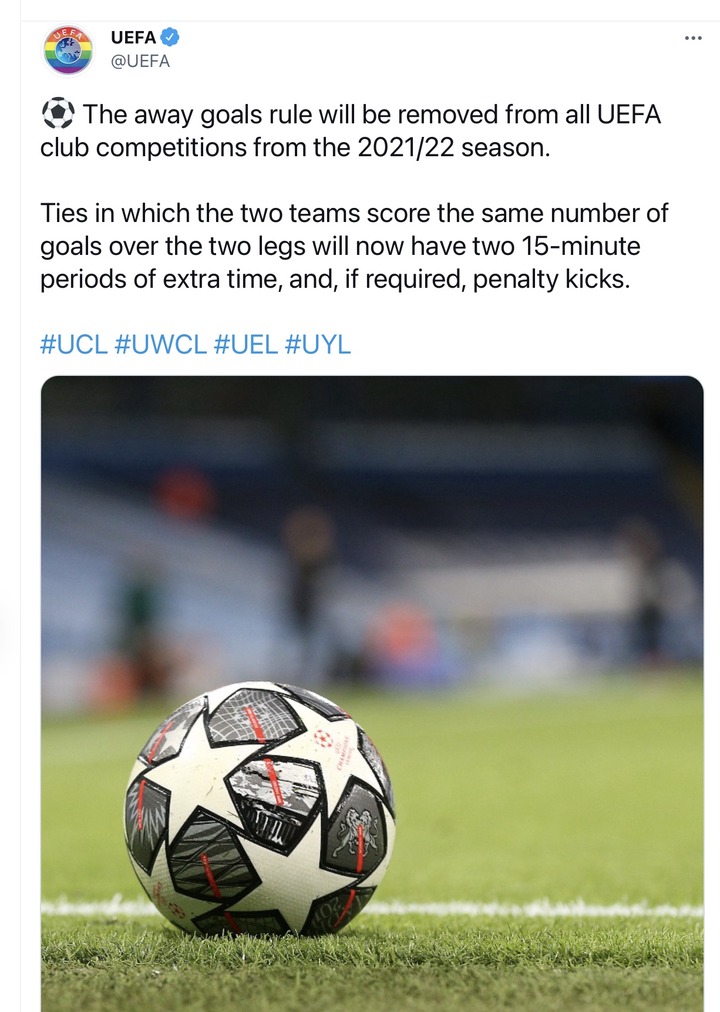 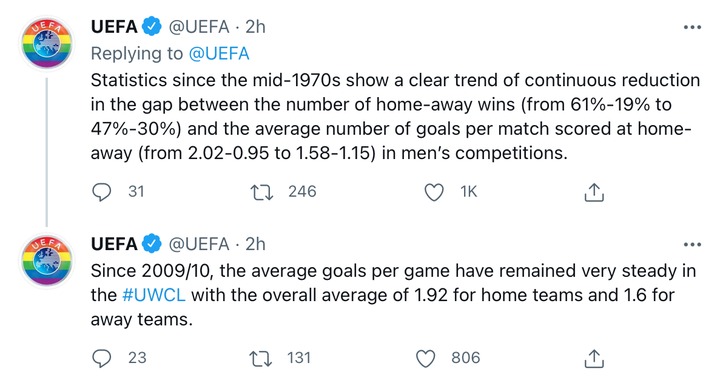