Top 10 Players With The Highest Number Of Goals Recorded In Premier League History.

By OReporter (self meida writer) | 11 days

Worthy of note, we all know that goalscoring is vital as much as football is concerned, and as it is known, there's always a record for each goal a player scores, hence, this is why players are rated based on the number of goals recorded, and at the end of the day, the highest Goal scorer is rewarded.

We all know that the Premier League is definitely an English League and most of the players are from England, but not totally dominated by English people. However, when checking the top 10 scorers, 8 of them are from England, while the remaining 2 players are from other countries. This will therefore mean that England players have shown their amazing abilities, and thus, reigning in their territory.

See the names of the players below:

Check the picture below to see a better representation of the fact: 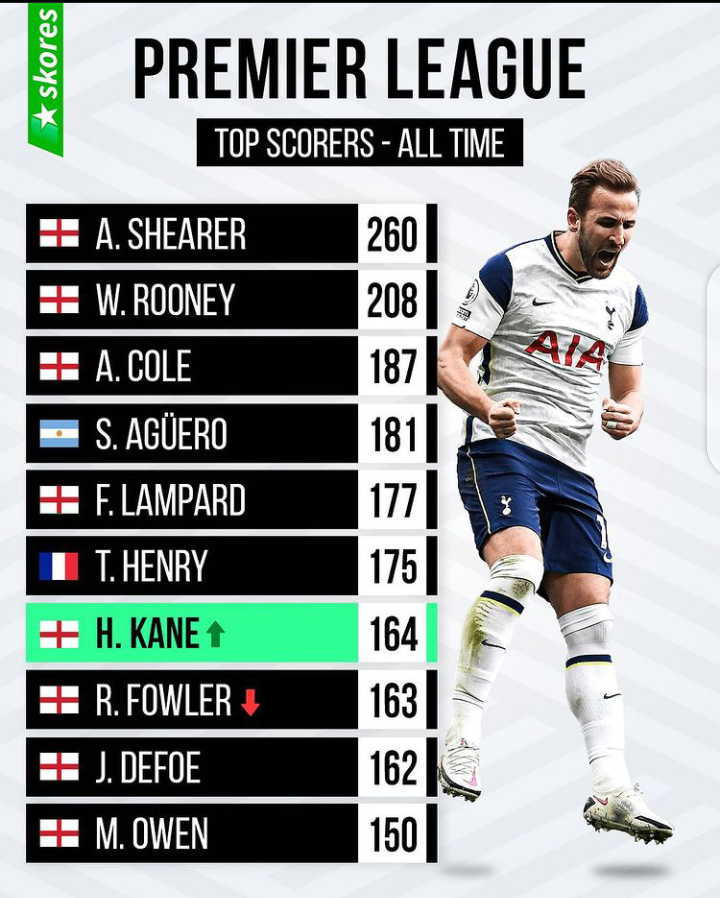 You can see that majority of these players are old players, and thus, it means their records in the league are still "legendary."

Which of these players has been the best players of all-time in the Premier League? Which of them has the best performance and ability when it comes to goal scoring?