The 89th edition of La Liga has finally come to an end and it has been an exhilarating season filled with highs and lows for Spain's 20 best teams. Spanish football lived up to its billing and oozed technical brilliance this season but also gave fans plenty of edge-of-the-seat action throughout the year.

While Real Madrid celebrated its La Liga triumph in style, Espanyol suffered a miserable end to the campaign at the opposite end of the table and may well have to play against Barcelona B in the Segunda Division next season.

The 2020/21 edition of La Liga will see SD Huesca and Cadiz enter the fold as newly promoted sides from the Segunda Division. Barcelona will hope to exorcise the demons of its terrible La Liga restart and start the new season on a brighter note.

La Liga often boasts the best players in the world and several superstars have put in incredible performances throughout the season to cement their place in this eleven. Real Madrid is unsurprisingly represented heavily in this eleven and takes up more than half the team, while only one Barcelona player (no prizes for guessing) makes it into our La Liga team of the season. 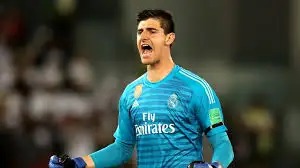 Thibaut Courtois has been nothing short of a phenomenon for Real Madrid in La Liga this season. The Belgian goalkeeper has stepped up time and again for Los Blancos and has battled the odds to take his place as Real Madrid's premier shot-stopper for years to come.

The former Chelsea man did not have a good first season in La Liga but has more than made amends with his sensational performances this season. Being the best goalkeeper in La Liga is no mean feat and Thibaut Courtois thoroughly deserves the coveted Zamora trophy this year.

The Real Madrid star will go into the Champions League brimming with confidence and will have to pull out yet another rabbit from his hat against Manchester City next month.

Sergio Reguilon narrowly beats out fierce competition from Real Madrid's Ferland Mendy to take his place in this season's best La Liga eleven. The Sevilla full-back has been nearly flawless under Julen Lopetegui and has put in several notable performances.

The Spaniard has featured in 29 La Liga games for Sevilla this season and has scored 2 goals. Reguilon is known for his ability to make an impact in both halves of the pitch and his forays in the final third have resulted in four assists.

Sevilla has a better defensive record than Barcelona this season and Reguilon certainly deserves his fair share of credit for making the Andalusians a potent La Liga force. 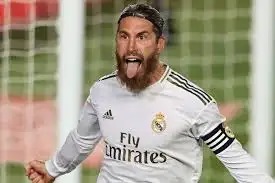 It has often been a case of 'cometh the hour, cometh the man' for Real Madrid in La Liga this season. In his own half, Sergio Ramos is a leader and a monster packed into a single imposing frame. In the opposition's half this season, the Real Madrid captain has become a force to reckon with.

The fact that Sergio Ramos has scored more La Liga goals this season than Barcelona forward Antoine Griezmann certainly puts the defender's goalscoring exploits into perspective. Ramos has scored 11 goals in La Liga this season and is the most prolific defender in the history of the competition.

Ramos has become his side's designated penalty-taker and will go down as one of the best Real Madrid captains in history. The Spanish defender is arguably the best defender in La Liga at the moment and has seen his stock soar this season.

With Sergio Ramos unsurprisingly stealing the limelight in Real Madrid's defence, Raphael Varane's incredible performances in La Liga have often slipped under the radar this season. The numbers, however, speak for themselves.

With the French defender in its ranks, Real Madrid has conceded only 25 goals this season and Varane has been one of the side's most consistent performers. The centre-back has pace and tenacity in equal measure and can keep up with some of the fastest forwards in La Liga.

Raphael Varane is only 27 years of age and is entering the peak of his career. The defender was always supremely talented but has flourished into a truly world-class player this season under Zinedine Zidane and will serve Real Madrid well in La Liga for years to come.

Jesus Navas has transitioned into a right-back in the recent past and made the role his own this season with a string of exceptional performances for Sevilla in La Liga.

Under Julen Lopetegui, the Sevilla captain has undergone a renaissance and has shown a vast improvement in the defensive aspects of the game. In the final third, Jesus Navas is still a lethal force and has created several crucial goals for Sevilla this season.

The former Manchester City winger has 7 assists in La Liga this season and his exploits have seen Sevilla qualify for the Champions League. The Spaniard is an inspirational figure in the dressing room and has become a lynchpin in Lopetegui's side.

Real Madrid's midfield destroyer Casemiro is arguably the best in the world in his position and showed the world why he was rated so highly by Zinedine Zidane with a string of excellent performances in La Liga this season.

The Brazilian midfielder has been a formidable force in Real Madrid's midfield and his timely interventions have often left La Liga sides gasping for breath. Casemiro has a unique set of skills at Real Madrid and has become an irreplaceable asset to the club.

The Brazilian has also shown that he has a certain panache in the final third and his crucial goal against Espanyol after the La Liga restart gave Real Madrid the momentum it needed to march to the La Liga title.

Toni Kroos has arguably been Real Madrid's most consistent midfielder in La Liga this season. While Zidane has rotated the rest of his midfield resources regularly, Toni Kroos has featured in 31 La Liga games for Real Madrid and has become the side's chief orchestrator.

The midfielder may not have the best statistics in La Liga but his performances in the middle of the pitch for Real Madrid speak volumes. The German star has also brought the best out of a young Federico Valverde and will play an important part in the Uruguayan starlet's development.

Zinedine Zidane has sung praises of his star midfielder throughout the La Liga season and Kroos has more than justified the accolades by playing an integral role in Real Madrid's 34th La Liga title victory. 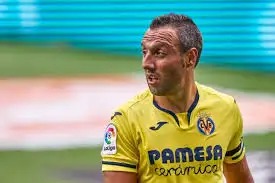 Santi Cazorla's journey over the past few years has made him an inspiration to young footballers all over the world. The Spaniard was categorically requested to refrain from football after a potentially career-ending injury that he suffered at Arsenal.

Instead, Cazorla got back to his feet and has now inspired Villarreal to a place in the Europa League next season. The underrated midfielder has spent most of his career in the shadow of his more illustrious compatriots in the Spanish national team but received one of the most heartwarming farewells in modern football history as the Villarreal faithful lavished praise on the midfield maestro.

With 11 goals and 9 assists in La Liga this season, the Spaniard's performances have proved that no injury can keep Santi Cazorla out of action in the long term. The former Arsenal man's wonder-goal against Barcelona will likely be remembered by Villarreal fans for years to come.

Villarreal has managed to exceed expectations in this La Liga season and the side's talented attackers have done much of the heavy lifting for the Yellow Submarines since the La Liga restart.

While Paco Alcacer and Santi Cazorla have unsurprisingly played a role in Villarreal's return to Europe, Gerard Moreno has been the team's most prolific forward this season and has barely put a foot wrong in the final third.

The former Barcelona striker has scored 18 goals and registered 5 assists this season and has found the back of the net against the best teams in La Liga. Villarreal plays an attractive style of football and Moreno's accuracy in the final third has often been the cherry on the cake.

Karim Benzema has been unstoppable in La Liga this season. The French striker has become Real Madrid's talisman in the absence of Cristiano Ronaldo and has discovered a distinct Midas touch in the final third.

Benzema gave the indomitable Lionel Messi a run for his money in the La Liga scoring charts and has been at the heart of everything positive for Real Madrid this season. The striker has often played a supporting role for Real Madrid in the past and came into his own this season with 21 goals and 8 assists.

The charismatic forward has played crucial roles in several Real Madrid victories and his unselfish nature has made him a fan favourite in the Spanish capital. With Karim Benzema in the form of his life, Real Madrid will be looking to make a comeback in the Champions League. 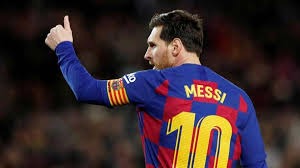 Barcelona may have endured a dismal La Liga season and is likely to enter a period of transition. Lionel Messi, however, has been his usual prolific self this season. The Argentine genius has transitioned into a playmaker's role for Barcelona and while some of his teammates have let him down with striking regularity, Messi himself has been in magnificent touch.

Lionel Messi has reached the 25-goal mark in a record 11 consecutive seasons in La Liga and also broke former teammate Xavi's assist record this season by picking up an incredible 21st assist against Alaves yesterday.

The Barcelona captain also has 5 La Liga free-kicks to his name this season and has left defences dumbfounded in his wake. Barcelona may not be firing on all cylinders at the moment but Lionel Messi has managed to overcome his side's mediocrity and deliver some exhilarating performances this season.

What do you think about this? Drop your comments and don't forget to hit the follow button for more updates.