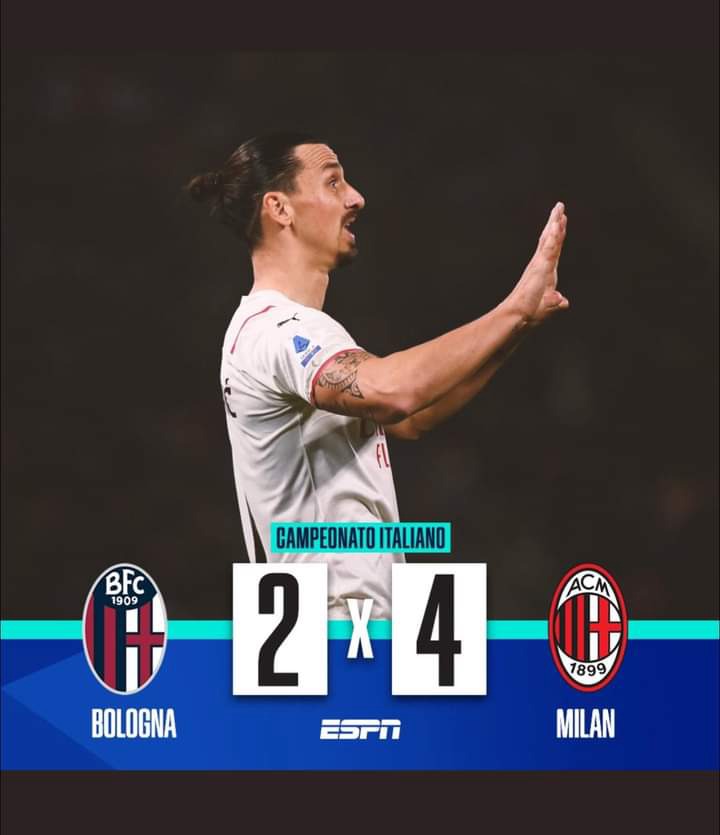 Yesterday, AC Milan's star players traveled to Bologna for their Italian Seria A fixture as they were able to record a remarkable comeback despite being down by 1-0 in the first 10th minute of the first half, courtesy of Zlatan Ibrahimovic's own goal.

Beautiful goals from Davide, Rafael, Ismael, and Zlatan Ibrahimovic sealed the victory for AC Milan against 9 nine men Bologna yesterday. During the game, the Swedish international Zlatan Ibrahimovic broke an awful record in his football career. After playing 957 football matches and scoring 565 goals against his opponents, the 40 years old Swedish international Zlatan Ibrahimovic scored his own goal for the first time in his football career.

In football it is very heartbreaking to mistakenly score a goal in your own goal, this act sometimes demoralizes the player and team as well. Although Zlatan Ibrahimovic is not the only world-class player to have scored his own goal, the Portuguese international Cristiano Ronaldo, John Terry, and many more have scored their own goal as well.

Zlatan Ibrahimovic could have been demoralized but he stood to his feet and cleaned up his mess with a match-winning goal in the second half.