By olusolasportspedal (self meida writer) | 19 days

With 11 goals in the last 17 appearances, Terem Moffi is the new scoring sensation that is tearing down defences in French Ligue 1. 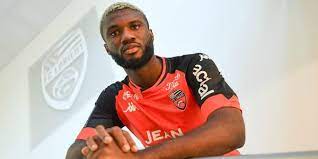 The son of the former Rangers of Enugu goalkeeper, Leo Moffi, is defining his path while following the trail of past Nigerian Internationals that have used the French league as a launchpad for their careers.

From the days of " Prince of Monaco", Victor Ikpeba to the recent exploits of Victor Osimhen and not forgetting the mesmerising skills of Jay-Jay Okocha, Taribo West, Taiye Taiwo and Godwin Okpara to mention a few. 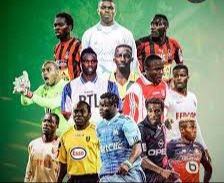 Six of his 11 goals this season were scored against the three traditional big clubs in France.

He set up an equaliser against PSG and scored the winner. He also turned up twice for Lorient against Monaco to help the club to a respectable 2-2 draw while he scored twice against Marseille in Lorient's narrow 3-2 loss on Saturday, 17th of April 2021. 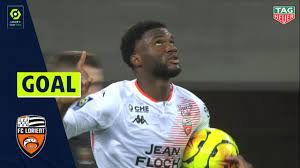 Born in Calabar, Nigeria on May 25 1999, Terem was immersed in football from a young age. This is because born into a football family, headed Leo Moffi, a former goalkeeper with Enugu Rangers of Nigeria. 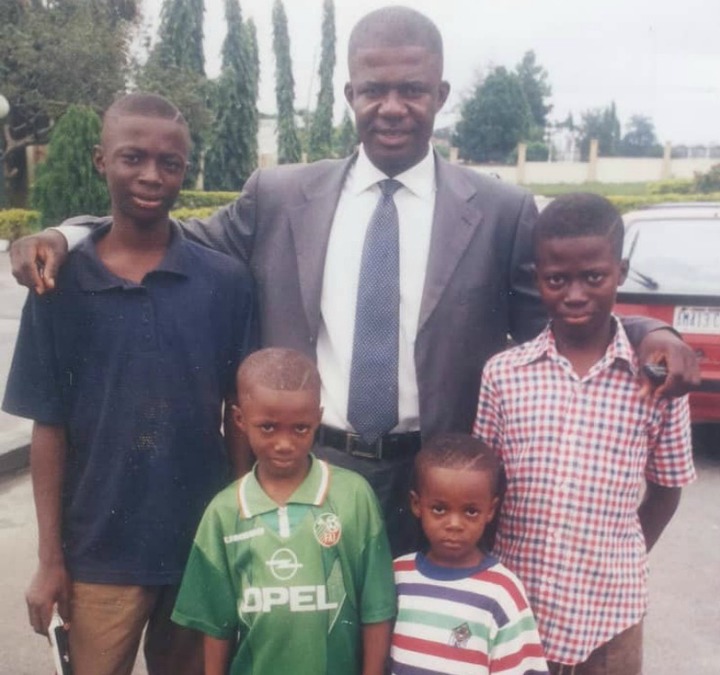 The Nigerian who picked Robbin Van Persin as his best striker started his football career on the street like any other modest Nigerian footballer but he had a short stint with Aspire Academy before he was enrolled at Nigeria Youth Soccer Academy in Calabar under the tutelage of coach Abdulgafaar Agboola, at age 11 in 2010.

His talents were seen by the handlers of the Golden Eaglets in 2015, the Victor Osimhe and kelechi Nwakali set, though he failed to make the final selection for the FIFA U-17 World Cup. 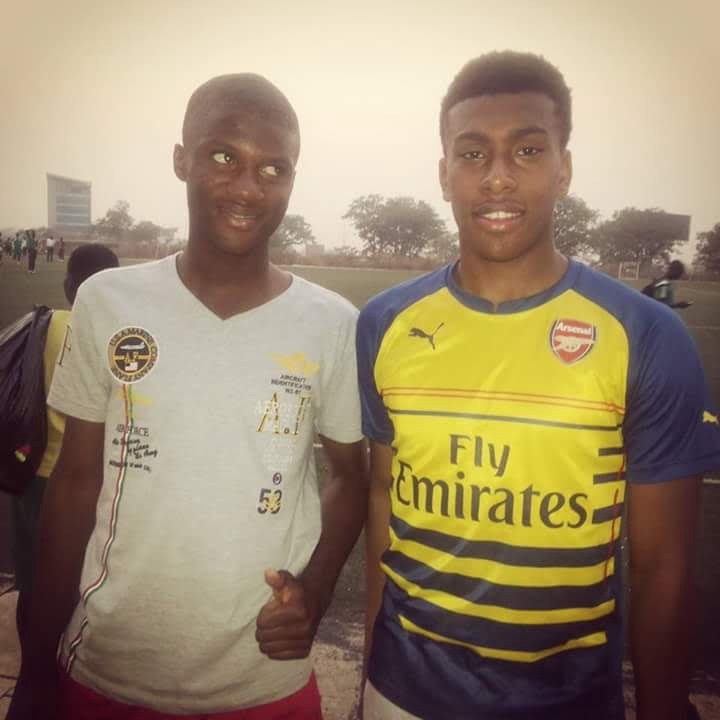 The tall striker moved to England to continue his development. He joined Buckswood Football Academy four years ago and has ever since been on the move advancing his professional football career after he finished at the Academy in England.

He moved to the Lithuanian club Kauno Zalgiris in 2017 were played only 8 games and scored once but did well enough to impress the officials of FK Riterial where scored 20 goals in 29 appearances between 2018 and 2020. 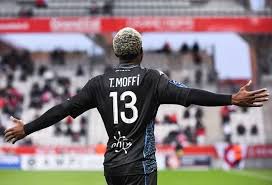 His value rose and the Belgian club, KV Kortrijk, came calling as he was snapped up by Kortrijk with a sum of €150,000 in January 2020.

He played 9 games and scored 5 times for the Belgian club in 2020, with 4 of the goals were scored in 7 league appearances.

This massive goal per match return caught the attention of FC Lorient, his current club, as they acquired his services in the summer of 2020. 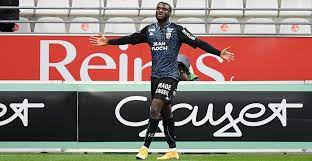 The French modest club paid a whopping 8m euros, the second-highest transfer money paid for a player by the club, to underscore the massive confidence the club has in him.

He loves to get in the thick of the action by any means. Despite his height,1.88m, his speed and touches complement his scoring ability. 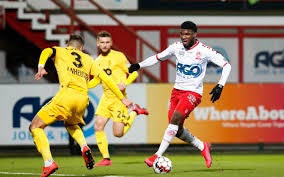 He is one of the few strikers that doesn't need to score to have a good game as he is a good contributor to team play.

He has been described as the Lukaku of Lorient because of his heavy presence in front of defenders, and his love to drift wide to draw out defenders once there is no space going through the centre, giving him his team more options going forward. 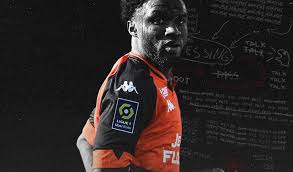 And cap it all, he hardly has a bad day, he has been consistently turning up against top teams and the smaller teams in the league as his impressive return of goals and assists attest to this fact.

He is currently Lorient's highest goal scorer with 12 goals in all competitions, and he may soon be on the move again if the club fails in their bid to escape relegation despite having four years left on his contract. 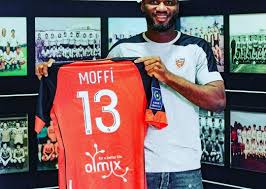 It's going to be a win-win situation as Lorient FC may cash out on him if bigger Clubs in the league decide to snatch him due to his eye-catching performances against big clubs in the French Ligue 1.

At 21 Terem Moffi has a huge future ahead of him and he has what it takes to make the best of it.