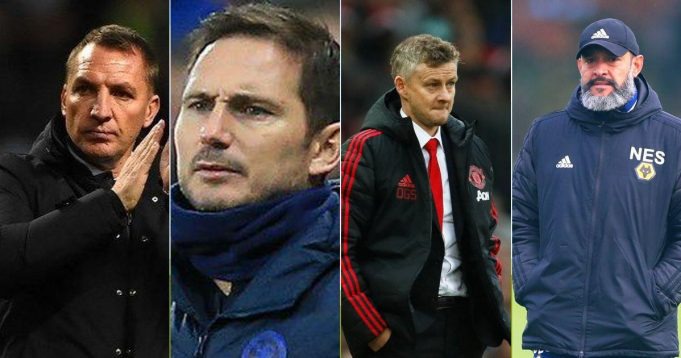 The battle for Champions League football is taking a great turn in the Premier League, and could be set to go down until the last day of the season.

Here at Premier League News Now, we take a look at how the three teams are looking to end the season and what’s at stake for such feat.

The Blues are currently occupying the third position on the league table after beating Norwich City at Stamford Bridge in midweek. Frank Lampard would be delighted for a top four finish considering he opted for the Chelsea job knowing that no signings were going to be made.

They have taken 63 points from 36 games played so far and face trickery tests from Liverpool and Wolverhampton Wanderers in their next two league games respectively.

Their next two league games are important for Chelsea if they are to guarantee themselves a place in the Champions League next season.

Brendan Rodgers’ side started very brightly to the the season, fight on to cling on to the third position in the league table.

However, their return after the three months hiatus hasn’t been a memorable one. They have won once, drawn thrice and lost two times since the campaign restarted last month.

Leicester’s poor run have seen them give up their position in the standings to Chelsea while now occupying the fourth position with two games to go.

They play Tottenham Hotspur and top four hopefuls Manchester United in their last two games of the 2019/20 season.

Currently on a 19-game unbeaten run in all competitions, Ole Gunnar Solskjaer deserves some plaudits for his good works.

But their mission is far from finished as they target Champions League football next season. The Old Trafford outfit are leveled on points with Leicester – both on 62, but find themselves fifth due goal difference, with Rodgers’ side having three more in that regard.

West Ham United and Leicester are two of the teams they play as they look to bring an end to the 2019/20 domestic league season.

Much of the credit should also be given to midfield engine Bruno Fernandes who is still unbeaten since joining the club from Sporting Lisbon in the winter transfer market.

The race is far from finished but you feel the last day could be the verdict of who makes the cut and who misses out.