After His Apologies, Thuram Has Been Banned And Fined for Spitting At Posch

Monchengladbach Striker, who is also the son of French World Cup Winner, Marcus Thuram has been fined and Banned for games after his unsporting behaviour in a Bundesliga game against Hoffenheim. 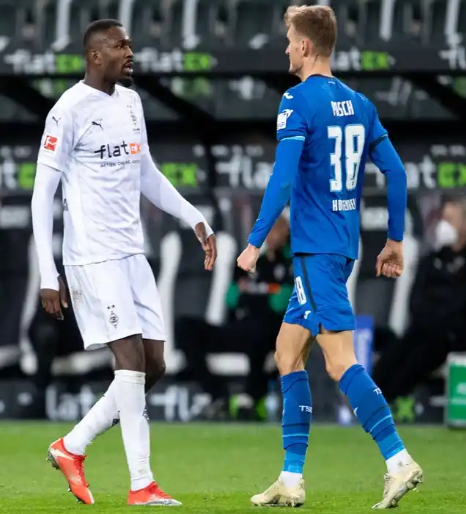 Marcus Thuram was sent off after Referee, Frank Willenburg confirmed that the Son of Lilian Thuram did spit saliva in Posch face, in a game that cost Monchengladbach a 2-1 loss in the Bundesliga. 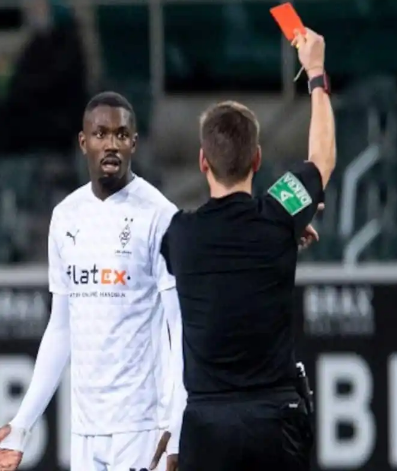 The German Football Federation have now announced that the Monchengladbach Striker has been banned from taking part in 5 matches that includes the Bundesliga and the German Cup. Thuram was as well handed $50,000 fines for his childish behaviour.

Although Thuram Apologized to his coach and teammates as well as the Football community, regretting his action against the Hoffenheim Player but the German Football Federation are not having it as they stick to the rules for disciplinary measures. Max Eberl, the Sporting Director of Borussia Monchengladbach said at a press conference that Marcus did not intentionally wanted to spit on Stefan Posch but for his curses in French language, Marcus was left with no choice. He also reiterate that Marcus regret his action and has apologised. 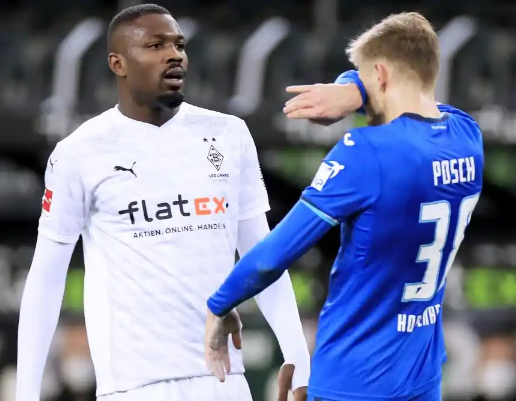 An additional 1 match ban according to the rules could be averted if Marcus turn a new leave in his approach at others. We just hope he learn from his mistakes and be of good character. Follow for more.