The race for the top four in the English Premier League took a new turn today after Leicestre City suffers a 3-0 defeat in the hands of Mourinho's Tottenham. Leicestre were hoping to keep their Champions League hope alive before the game by beating Tottenham, but that hope has been dashed out by Mourinho's men. An own goal from James Justin in the and two goals from Harry Kane left Leicestre City looking for a miracle to qualify for Champions League next season. 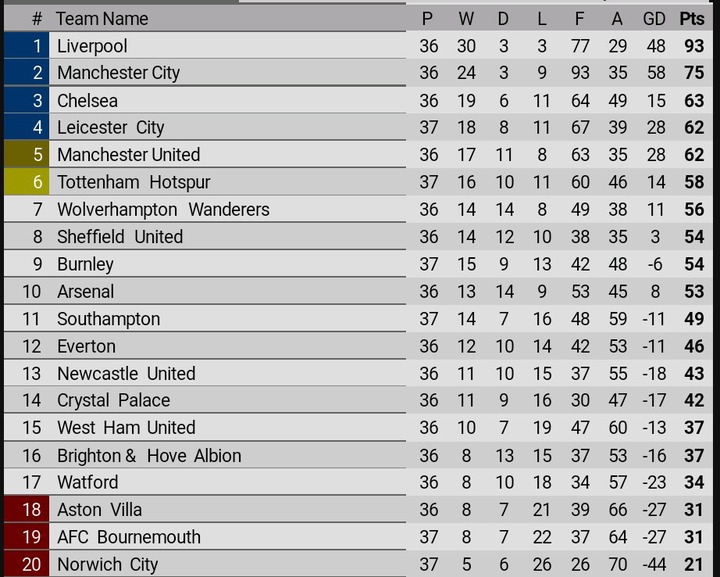 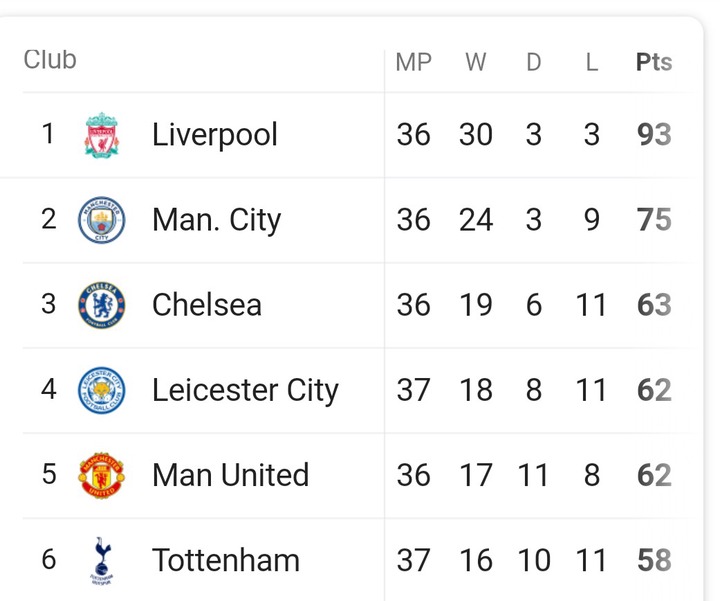 This defeat for Leicestre City came as a big relief for Manchester United who will play their game against Westham United on Wednesday evening. Should United win that game, they will displace Leicestre city to the fifth position and climb to the fourth position and considering their current form, it looks easy for them. With only two games to go for Leicestre, if they want to qualify for the Champions League next season they need to beat Manchester United on their final matchday which seems a difficult task for them.