England thrashed Andorra by five goals to nil in the seventh game of their World Cup qualifying campaign on Saturday night. One of the masterminds behind that five star performance at Estadio Nacional de Andorra was Manchester United forward, Jadon Sancho. 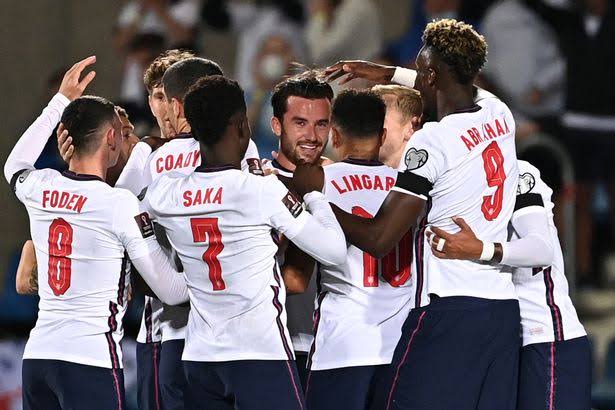 The 21 year old winger did not get on the score sheet but contributed to the result by setting up two goals for his teammates - the opening goal for Chilwell in the first half and a tap-in for Tammy Abraham in the second period. He was also a thorn in the flesh of the Andorra defenders throughout his time on the pitch as his dribbling and trickery was too much for them to handle. 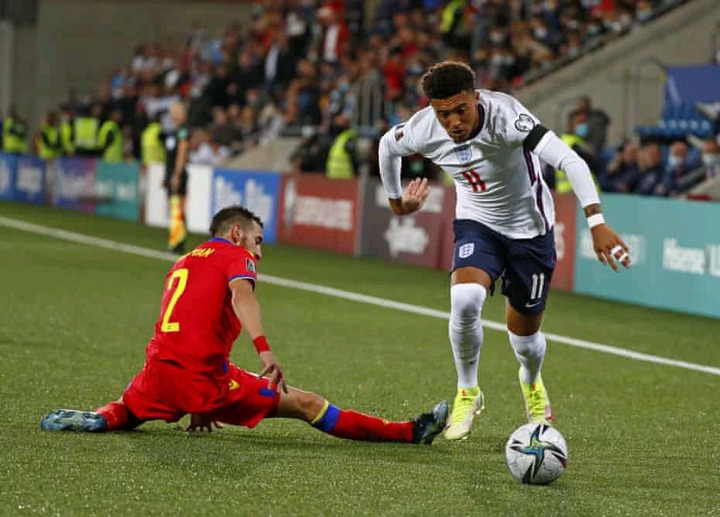 The performance which Sancho put in for England on Saturday night was what all Manchester United fans have been crying out for since his big money arrival at Old Trafford. Since he made the switch from Borussia Dortmund for 73 million pounds last summer, Sancho has not necessarily impressed with his output on the pitch.

Perhaps he still needs some time to settle in the English Premier League, or perhaps it might be down to his coach to use him in the right way. 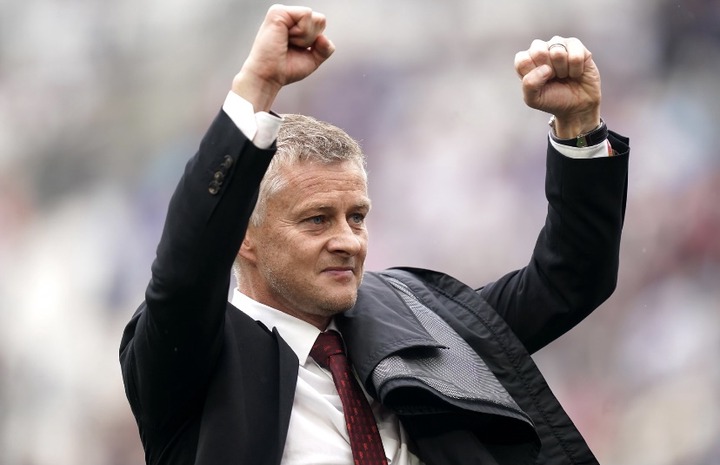 Sancho was one of the hottest prospects in world football during his time in Germany woth Borussia Dortmund. He was a target for Ole Gunnar Solskjaer for several transfer transfer windows but now that he has his man, we are still yet to witness the results on the pitch. 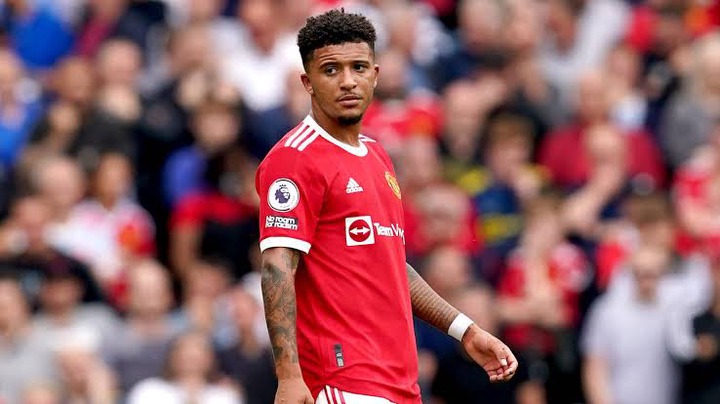 We can't blame Sancho's bad form for his club to a lack of ability, his displays for Borussia Dortmund and England are enough proof that he possesses loads of talent to make it in any team he finds himself. However, when he dawns the Manchester United jersey, it is almost as if he is a different player. 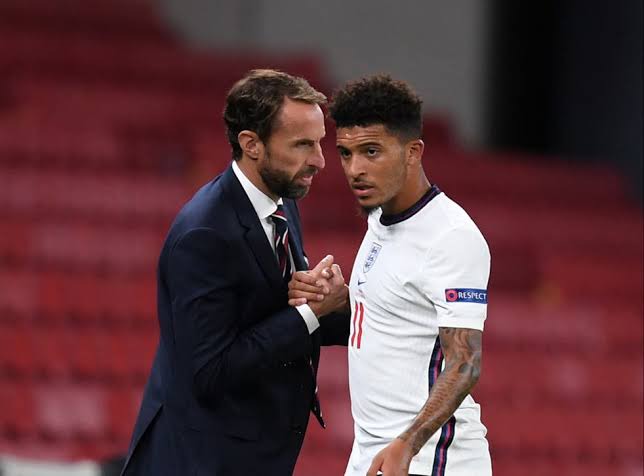 Lots of people do not give enough credit to Gareth Southgate but the England head coach deserves some accolades for the way he deploys his players. The Three Lions boss knows how to identify and exploit the strength of his players to get the needed results.

If Solskjaer wants to bring out the best of Sancho just like he plays for England and Dortmund before, here are two things he needs to start doing from now:

1. Playing him in front of an overlapping wing-back

Gareth Southgate knows that Sancho is a type of winger who likes to drift inwards and cause havoc for the opposition defence. To exploit this, he always plays him on the wing with a wing-back who is given the instruction to overlap. 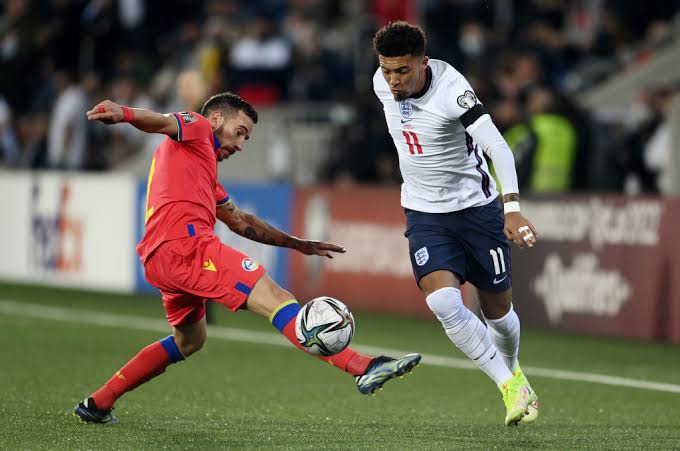 With Sancho drifting inwards, it allows a lot of space for the wing back to run into and link up in attack with Sancho. We witnessed this combination between Sancho and Ben Chilwell against Andorra as the Chelsea defender got a goal for himself thanks to Sancho's assist. Solskjaer will need to take note of this and use this tactic the next time he plays Sancho for Manchester United. 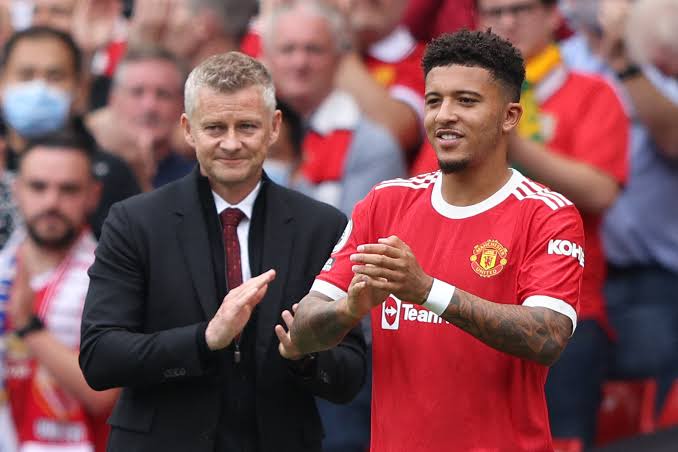 In order to build a player's confidence, you have to entrust him with more minutes on the pitch so that he can and contribute to the team's success and feel needed in the squad. Solskjaer should stop limiting Sancho to appearances off the bench and play him from the start instead, so that he can prove his worth just like he does for the England national team and Borussia Dortmund before then. 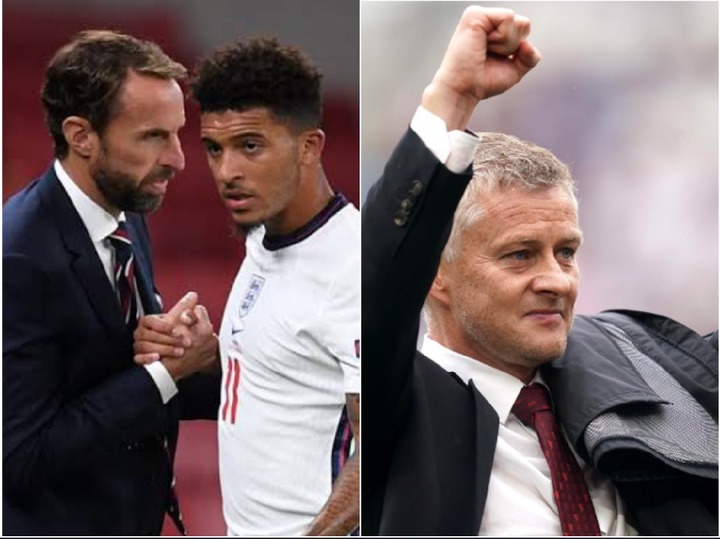 Final take: Sancho may not have lit up the English Premier League like many people expected but no one can deny that he has the talent to become a world class player. The talent is there but it is left to the manager to bring it out with his tactics and individual coaching. Solskjaer should pick up some lessons from Gareth Southgate on how to use Sancho so that he can replicate his England form at Manchester United and become the world class player we expect him to be.