By Timasports (self media writer) | 1 year ago

The English Premier League side, Arsenal FC grabbed all the stories on summer transfer deadline day last Monday, as the Gunners secured the signature of long-term transfer target, Thomas Partey from the Spanish Laliga side, Atletico Madrid.

The 27 year-old Ghanaian sensational central midfielder, Thomas Partey completed his big-money move to the Emirates Stadium in the final stages of the international market, giving manager Mikel Arteta a proven star to build around in the middle of the park. The North Londoners have also done plenty of work signing of young prospects for the future though, with a whole raft of young players signed up for the academy squad. 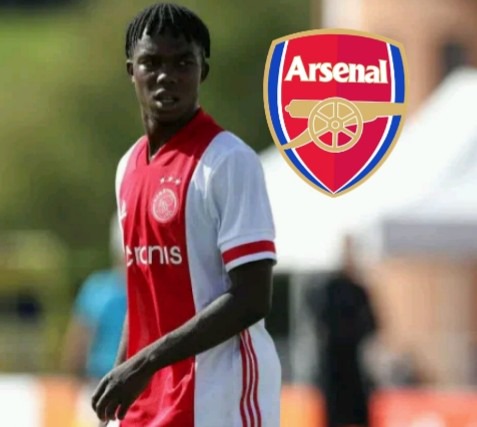 Another young prospect joined last week, as speedy winger Joel Idaho arrived from the Dutch side, Ajax Amsterdam, signing a professional contract in a transfer which didn’t gather much attention given that Thomas Partey had arrived just days earlier. In the Holland though, Joel Idaho’s switch has caused a bit of issue. The 17-year-old winger only moved to Ajax Amsterdam from Willem II earlier in the summer, but the Netherlands ace already chose to depart for the Emirates Stadium in a shock move.

Ajax Amsterdam Showtime have discussed to Joel Idaho’s representative, Bart van Meel, who states that Joel has made the switch due to the fact that another unknown agent was working on the Gunners’s behalf and persuaded the the youngstar to ditch Ajax Amsterdam and head to Arsenal FC.