By Simply-Nnamdi (self media writer) | 1 year ago 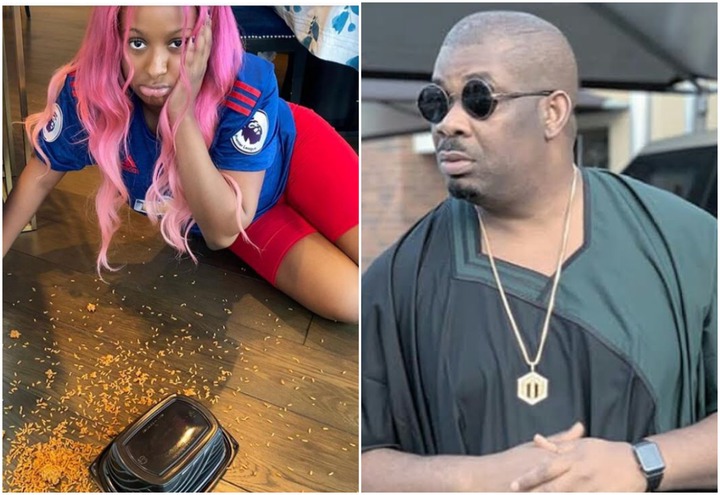 The Nigerian Music Industry Mogul, Don Jazzy, has reacted to DJ Cuppy's photo on Instagram where she threw away a plate of Jollof rice as Manchester United lost to Chelsea FC in the FA Cup semi-final on Sunday 19th July, 2020 at Wembley Stadium. 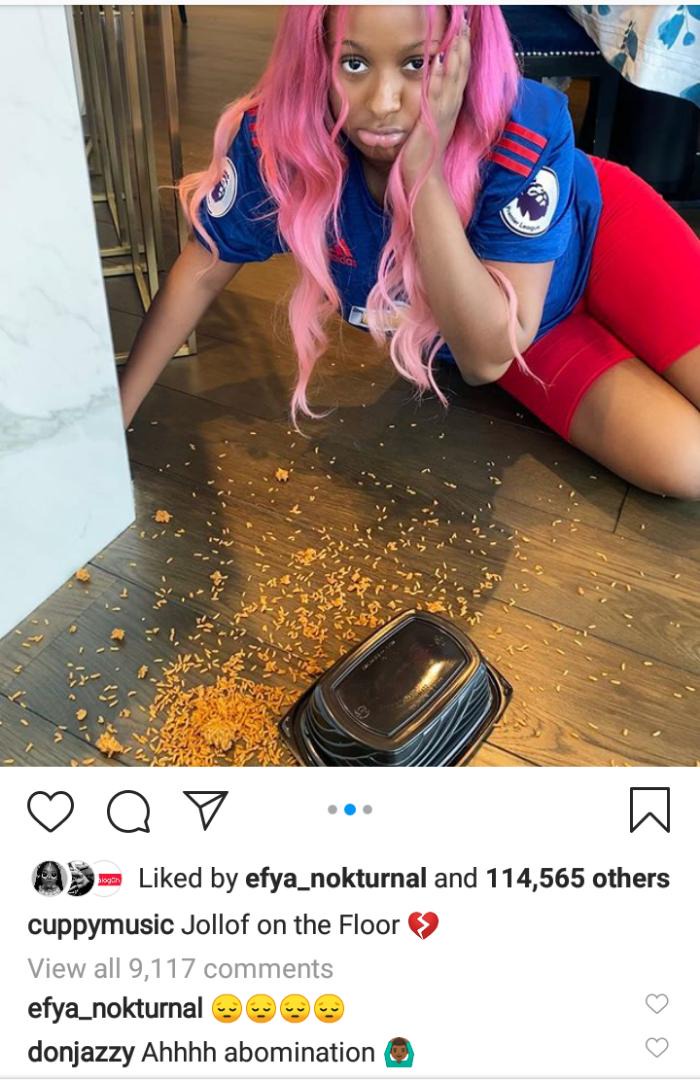 Don Jazzy, the Marvin Record boss showed his reaction in his caption "aahhh abomination" on DJ Cuppy's post after the FA Cup semi-final match against Manchester United and Chelsea FC, where Chelsea FC won with three goals to one within the ninety minutes of regular match play.

DJ Cuppy who was apparently eating her Jollof rice amidst watching the game, was really disappointed when Manchester United lost the match. 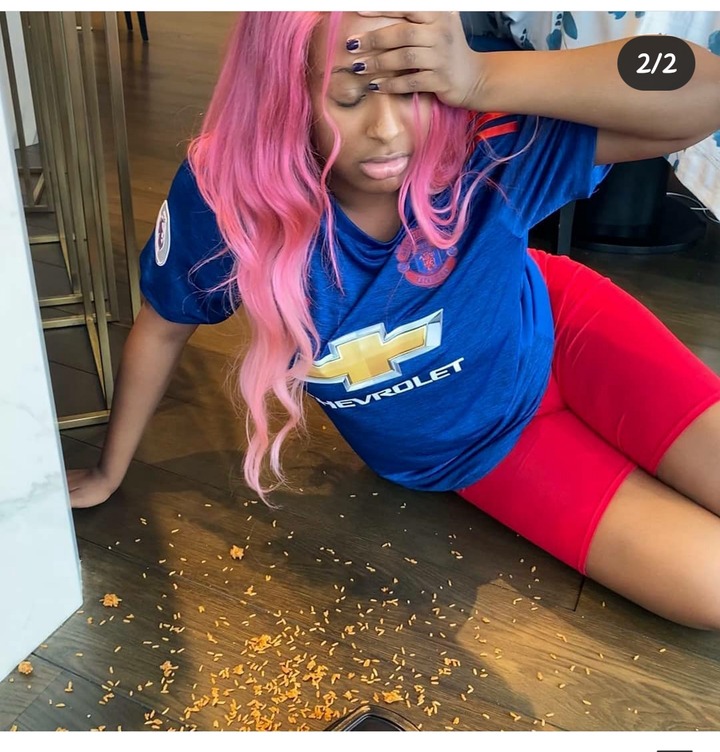 DJ Cuppy uploaded a picture of herself wearing a Manchester United Jersey, with scattered grains of cooked jollof rice all over the floor around her,

DJ Cuppy, who announced her support for Manchester United in the month of June, seems to be disappointed with her team's performance against Chelsea FC in the FA Cup semi-final.