By ChelseaAddicts (self media writer) | 2 years ago 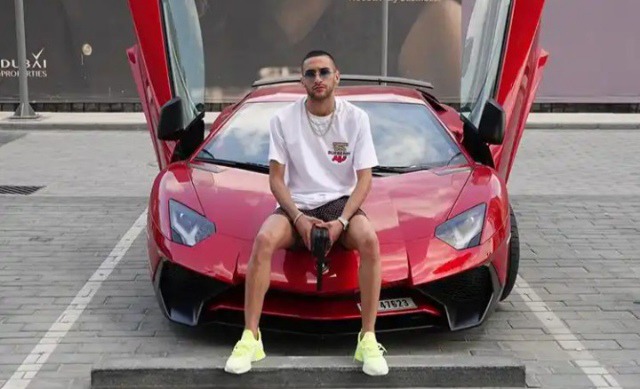 It was a flawless performance from Frank Lampard and his boys yesterday as they dumped Manchester United out of the FA cup to set up a final showdown with London rivals Arsenal.

Callum Hudson-Odoi was brought on in the latter stages of the match and he almost let United off the hook after he conceded an unnecessary penalty which was converted by Bruno Fernandes.Though they all held on till the last minute as they survived the late scare. 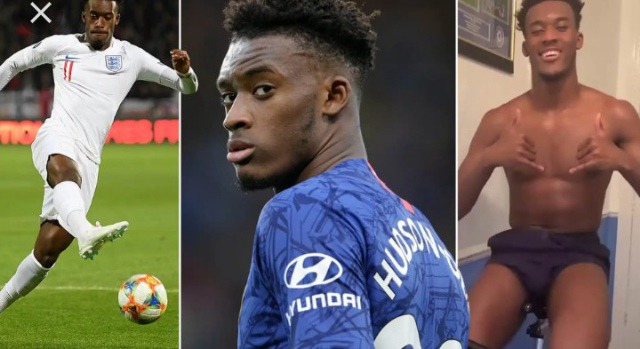 Hudson-Odoi later took to his social media platform to praise his teammates' performance and referred to his foul on Anthony Martial as 'stupid'. 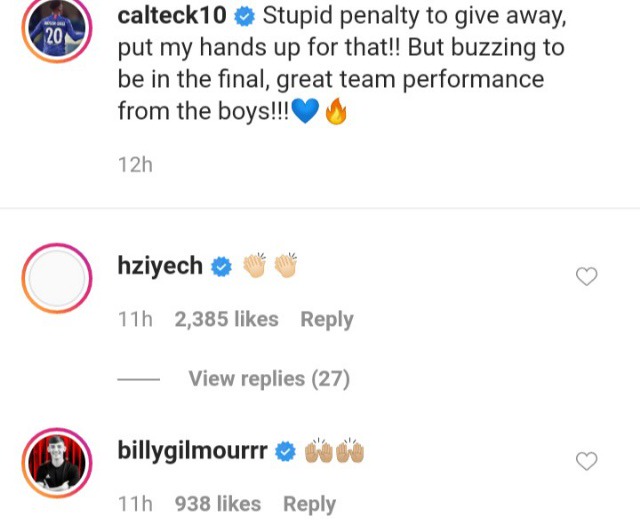 Chelsea new kid Hakim Ziyech then responded with the clap emoji, a sign of respect for Callum's ability to admit his errors.

Billy Gilmour on own part also respond with a 'never mind' emoji as there seems to be a cordial relationship between these guys which is a positive that would most likely keep the team moving forward.