Getting To Know Akure People And Their Traditional Ways And Culture

Akure's King is known as the Deji of Akure and is supported by six high chiefs or iwarefa in his or her domain. The totem of Akure is the Leopard and the father of Omoremilekun Omoluabi was himself called Ekun (this was his regnal name ). It is for this reason that every descendant of the Akure clan has been addressed by outsiders as Omo Ekun during the recitation of his or her praise poetry or, alternatively, as 'Omo Akure Oloyemekun', since Omoremi was said to have stayed for a while at Igbo Ooye before coming to the Akure region. 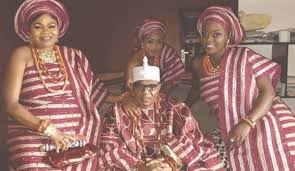 History records that Akure was established by one of the children of Oduduwa. The name of the city itself is significant as it tells the city’s history. Oral tradition holds that the sons of Oduduwa had migrated from Ile Ife at Ita Aje hoping to establish their own city.

In addition to those of the Deji and the Adele, other titles are also borne by Akure royals. The titles of the Oloyes of the Omowas, the Iyaafins, the Omobas and the Olooris are either bestowed by the Deji (in the cases of the former two) or acquired upon birth or marriage (in the cases of the latter two). The Oloyes of the Omowas are the titular chief princes and princesses of Akure. According to tradition, they are expected to serve as leaders within the royal families. 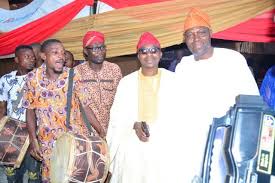 This he considered a sign from Olodumare (god) directing him to establish a city at the site. To snap in Yoruba means: re, while the bead the prince wore at the time is called: Akun. The name of the city thus came from the act of the bead snapping. Akun re (bead has snapped). Overtimes, a corrupt though convenient pronunciation emerged as Akure.

The Iyaafins, meanwhile, are the nominal leaders of the female royals. There is usually only one Iyaafin at any given time and she is traditionally either the reigning Deji's mother, step-mother or ceremonial surrogate mother in the first instance, or his senior wife in the second one (where the Deji is himself a polygamous male). 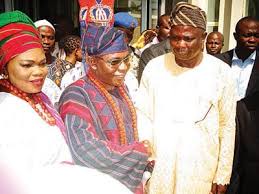 Akure was the main base for Benin's trade in the area, and at times seems to have been considered within the western frontier of Benin. 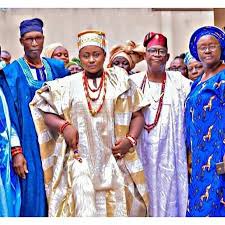