Opinion: Chelsea's dominance could be the reason why other teams want them to loose 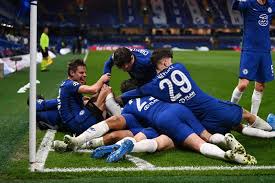 After week six of the English Premier League, Chelsea lost their first match of the season to Manchester City, this was exactly what other teams wanted.

Ever since the arrival of Thomas Tuchel, Chelsea has proven to be one of the best and toughest sides in the English primer league and Europe at large. Last season they won the Champions League something other clubs in England hate to see, most especially Manchester United and Arsenal. This season again the blues have started from where they stopped last season with a trophy already after beating Villarreal to win the UEFA Europa League.

Chelsea's good start to the current season of the English Premier League and their win in the first match of the champions league has made other teams be concerned and probably troubled about what they (Chelsea) are up to again this season. Before their loss to Manchester City on Saturday, they were unbeaten and had only conceded once in five games.

Other teams hate that, they don't like to see Chelsea win a game. The blues have been a case study for all other teams in the league. Everyone is finding a way to break through their defense and see them not happy.