The top 10 trios in the history of football (photos)

By TosinSports (self media writer) | 5 months ago 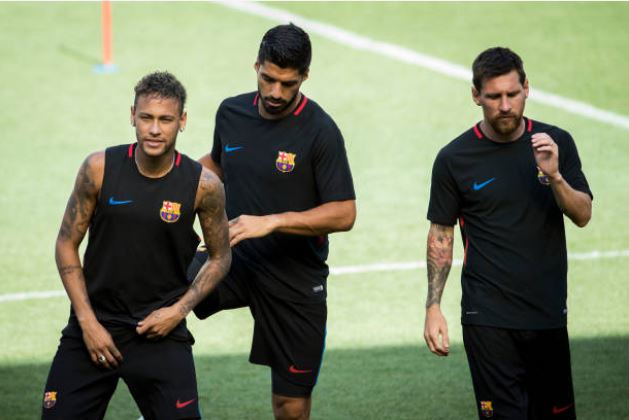 The game of football features 11 players from both teams on the pitch. However, in the history of football, there have been some amazing trios that have decided the outcome of results.

In this article, we will take a look at the best trios in football. This list features players from attack, midfield, and defense. 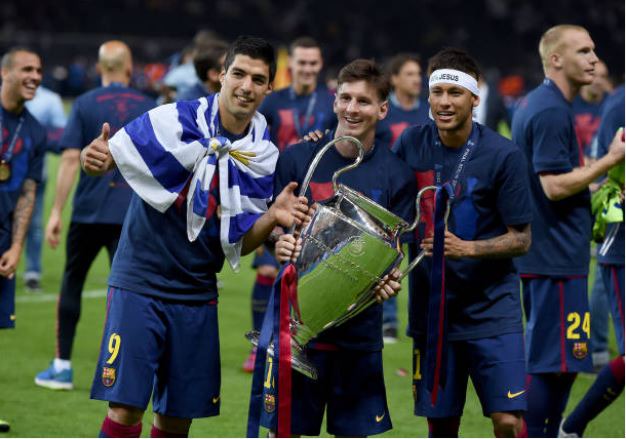 Nicknamed MSN, the pairing was absolutely devastating when at their best, under former Barcelona manager, Luis Enrique. Following the signing of Luis Suarez to Barcelona in 2014, Barcelona was keen on winning the Champions League and maintaining its dominance in the league.

That was exactly what they did that year, going on to win the Champions League, with Messi, Suarez, and Neymar contributing to almost all the goals scored by Barcelona. They won the treble that season, and would also go on to dominate Spain for a while.

Suarez would also go on to break the dominance of Messi and Ronaldo, finishing as the European top scorer for the second time. Neymar's move to PSG, however, saw the trio come to an end. 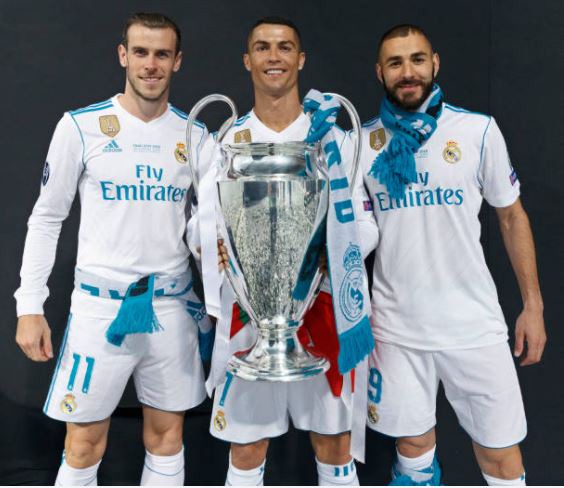 While the MSN dominated the other half of Spain, Madrid created their own trident, nicknamed the BBC. The trio was devastating under Carlo Ancelotti, and few will forget Bale's goal at the Copa del Rey, where he ran out of the pitch, and back on, beating Barcelona defender, Marc Batra to the ball before going on to score.

They were very much successful as well, going on to win four champions league titles together, which was absolutely immense. Amongst them, the trio scored at least 250 goals during that period which was ferocious. 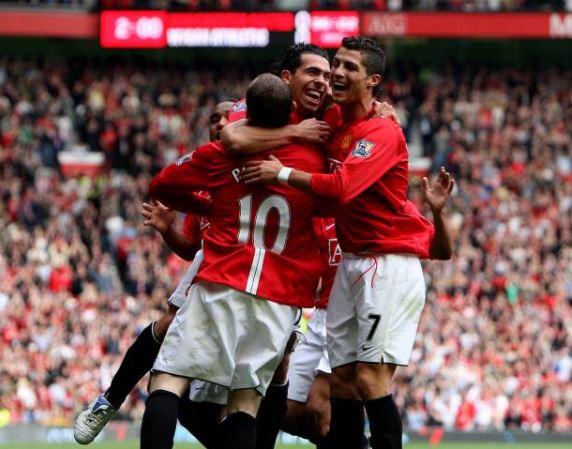 If there's a trio many won't forget in a hurry, it's the trio of Ronaldo, Rooney, and Tevez under the guidance of Sir Alex Ferguson. The 2007/08 season was one filled with a lot of amazing moments. They went on to tear teams apart on the counter-attack. 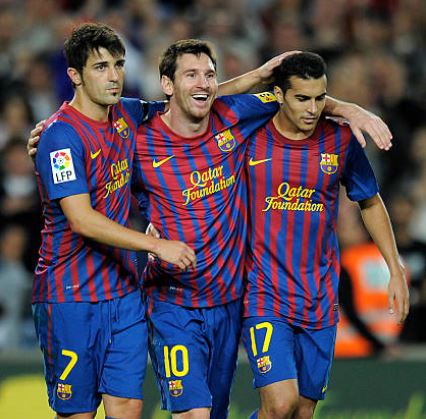 While not too many might remember this team, under Pep Guardiola, these players took the dominance to another level. Manchester United fans will not forget the 2011 finals in a hurry.

When David Villa scored a beautiful strike from quite a distance, and Messi ran rings around the Manchester United defense in that match. A team that epitomized Pep's tiki-taka, attacking football, it was an absolute beast of a team that went on to dominate for quite a while. 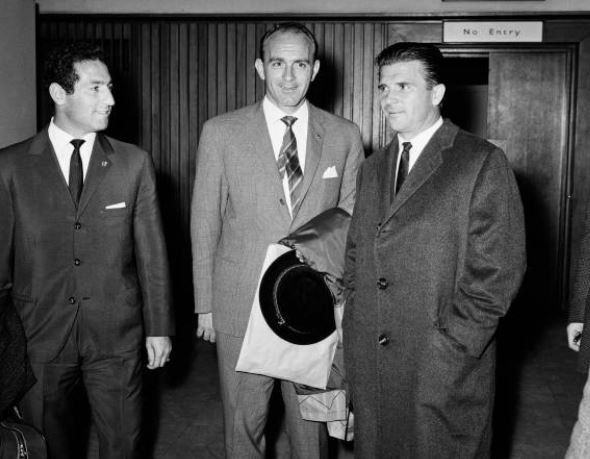 These legendary Real Madrid players led the way for Madrid's success blueprint. These three players were the reason for Real Madrid’s dominance in the 1950s and also made Real Madrid a dominant force in world football.

Together they won three European Cups. On the other hand, Gento currently remains the only player to win six European Cups. The jewel of this trio, Alfredo Di Stefano, is also one of the highest scorers of the UEFA Champions League. Legendary from way back. 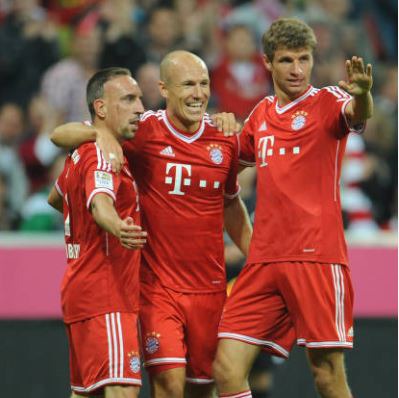 When you think of Robben, you remember his trademark move of cutting in from the right to shoot. He was fast, tricky, and lethal, even from the wings. The same goes for Ribery as well, who was one of the best wingers during that period.

The trio took on Europe in 2013, under Jupp Heyckenes who led them to a treble - making them the first and only German side to win a treble. Many won't also forget the winning goal from Arjen Robben, as Bayern Munich defeated Borussia Dortmund to lift the champions league title. The men from the wings. 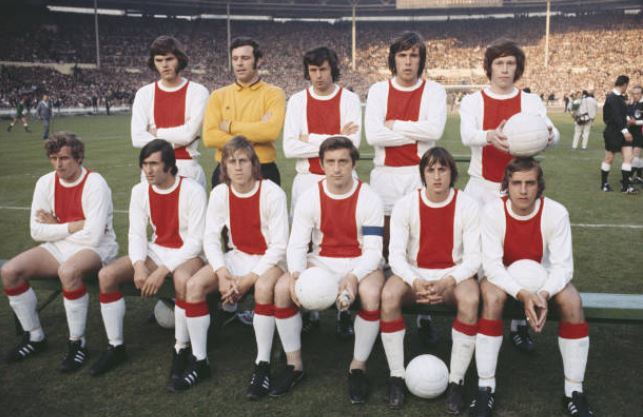 The Netherlands has over the years produced some of the best footballers the world has ever seen. These three players were key in the evolution of Total Football during the ’70s which later became a worldwide phenomenon due to Ajax and Dutch National team.

Also, these three players were the reason for the Netherlands reaching the final of the 1974 World Cup, but possibly their biggest achievements were at Ajax, as they led Ajax to three back-to-back European Cups. 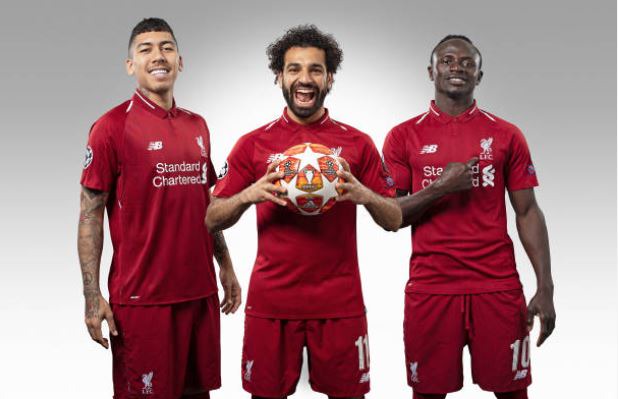 In 2018, these three men were important as Liverpool made the finals, before eventually losing to Real Madrid (as Salah got injured. In 2019, both Sadio Mane and Mo Salah won the golden boot (with 22 goals respectively) - Aubameyang also won a golden boot as well.

And in 2020, they were vital to Liverpool breaking the 30-year jinx to win the Premier League title. Modern and dominant. 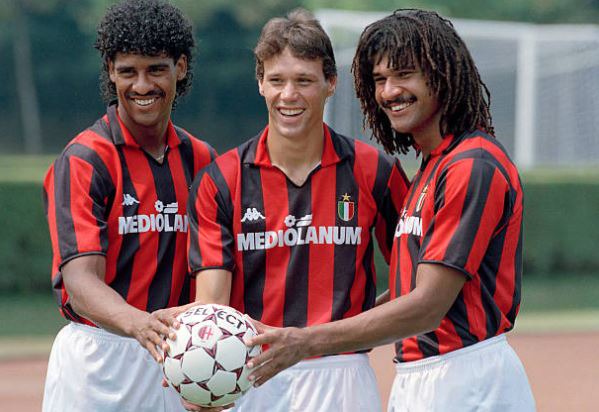 These three players marked a remarkable turnaround in the fortunes of AC Milan, as they brought with them, trophy-laden dominance. AC Milan, after signing the three players went on to win three league titles, two UEFA Champions League, and two European Supercups. They even enjoyed a 58 game unbeaten streak.

At that time, Marco Van Basten was one of the most clinical finishers in the game. Rijkaard was one of the best defensive midfielders while Gullit was the best No. 10 of Netherlands. 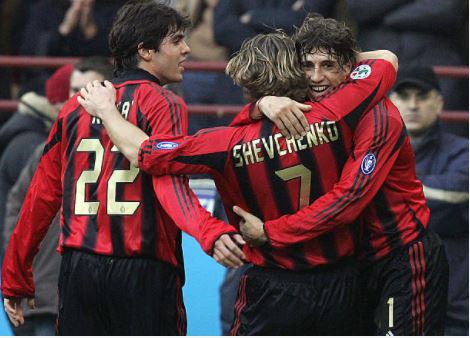 Again, AC Milan has found a way to create a very good driving force. What is interesting about these three is the fact that they didn’t play in a 4-3-3 but in a distinct Italian 4-3-1-2, and they only played together for one season.

Milan played some good football and was an unstoppable force that season, ripping through the team after team. During their time together, however, they lost the 2005 champions league final after being three goals up and ended the season without a trophy. 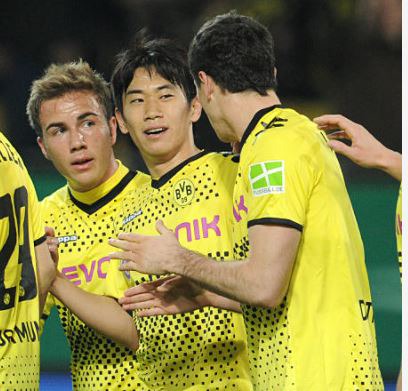 These three players were amongst the spine of Jürgen Klopp's Bundesliga winning Borussia Dortmund team. Both Shinji Kagawa and Mario Gotze were pulling the strings behind Robert Lewandowski, who was banging in the goals left, right, and center.

The challenge of Dortmund was so fierce that it shook Germany and saw them not only take the Bundesliga off Bayern but then retaining it in spite of a mighty Bavarian challenge in 2011/12. 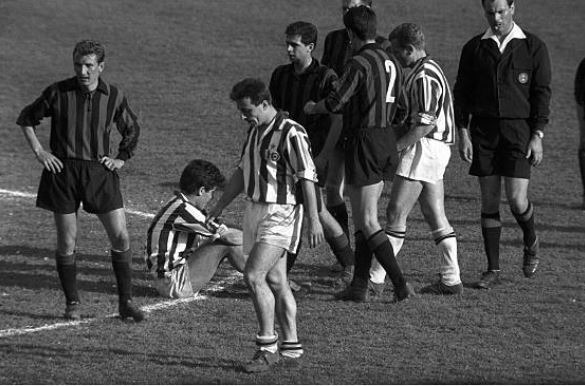 The trio was referred to as the ‘Trio Magico’ of Juventus. Boniperti, Charles, and Sivori played together at Juventus for 4 seasons - from 1957-1961. While active, they won, 3 titles and 2 cups and displayed exquisite techniques in their play.

They were totally unplayable and had a common way of attacking - racing forward together until they had a lead and then switching to defensive mode, as Charles assumed the position of a Centre Back from Centre Forward.

Interestingly, they alternated the top goalscorer award during that period, and Sivori became one of the few Juventus players to win the Balon d'Or. 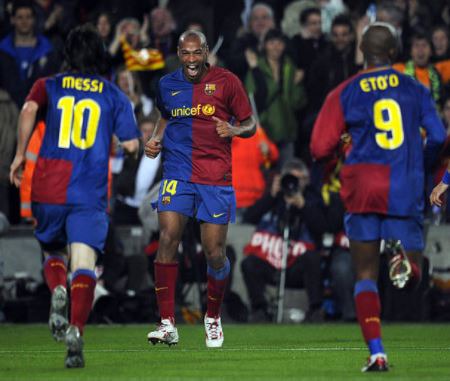 How can you forget? It's practically impossible to overlook this Barcelona team - another Guardiola masterclass. They became one of the few teams to ever win the treble, and few Manchester United fans will ever forget the 2-0 loss in the 09 final, as Eto'o and Messi scored in the final, as Barcelona won the title. Epic. 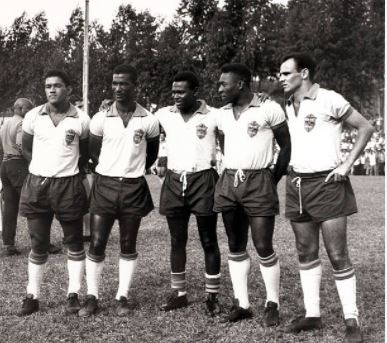 A legendary attacking pairing, the trio together played for over a decade at the Santos and went on to win 21 trophies in total. Their trophy haul includes 6 national trophies and 2 Copa Libertadores.

They scored 1418 goals in 1800 appearances for Santos. Pepe scored 405, Coutinho scored 370 and Pele showed why he's regarded as one of the greatest players as he overshadowed the other two by scoring 643 goals on his own. In addition, they also won 5 World Cups going on to strengthen Brazil’s place in football history. 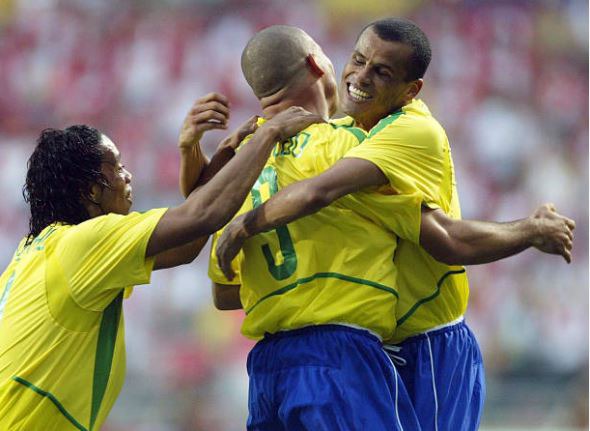 Nicknamed the 3Rs, they were absolutely fantastic whenever they were called upon by Brazil. They had it all - pace, dribbling, guile, goal-scoring, name it. They were the most formidable and artistic attacking trio that Brazilian Football had witnessed.

Although they never played together at club level - as Rivaldo played for AC Milan, Ronaldinho for Barcelona and Ronaldo for Real Madrid, whenever they were called up by Brazil, the trio were amazing, as they led the national team towards various titles and cups - prominently, the world cup in 2002.

These are the best trios in the history of football. Is any missing? leave your thoughts in the comments