By TheAuditNews (self media writer) | 7 months ago

After fighting broke out in the away section inside the first ten minutes, Fifa is expected to begin an inquiry, and the event will raise more questions about Hungary's fans' behavior. 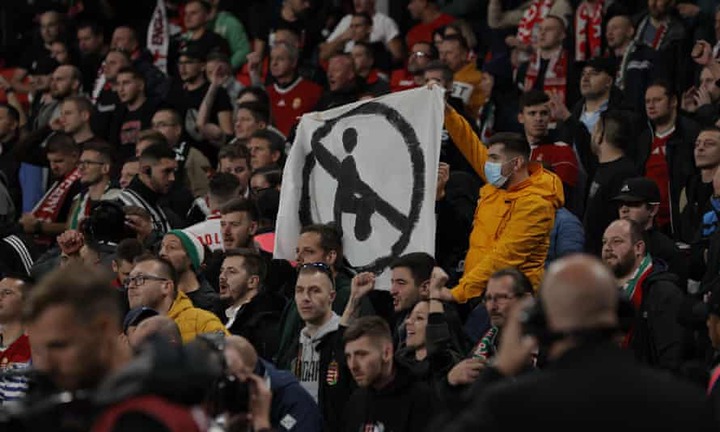 The incident began when authorities entered the away end to detain a fan suspected of racially assaulting a steward, according to the Metropolitan police. With racist abuse directed at England's players in Budapest last month, the travelling supporters were under examination, and Fifa is set to impose additional sanctions following the new incident.

When England won 4-0 at the start of September, monkey chants were directed at Jude Bellingham and Raheem Sterling, prompting Fifa's disciplinary committee to take action. Hungary was fined £158,000 and was compelled to face Albania in a World Cup qualifier at home behind closed doors last Saturday. A two-year suspension was imposed on the penalty of a second game without spectators.

After incidences of racism and homophobia at Euro 2020, Hungary was sentenced to play their next three Uefa home competition games behind closed doors, with one of those games being suspended for two years. 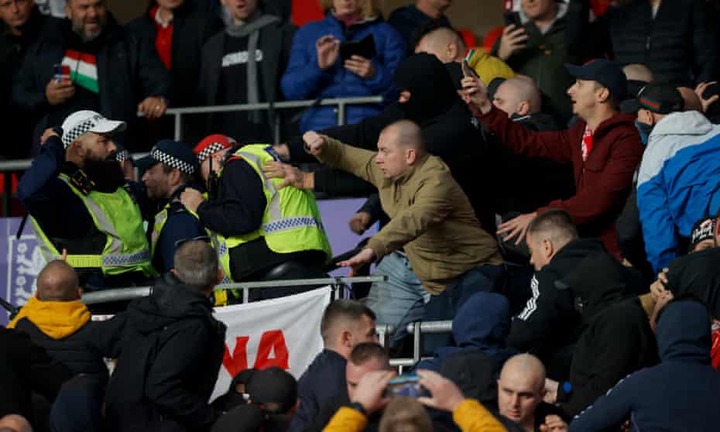 However, based on the behavior of Hungary's fans at Wembley, those sanctions appear to be having little impact. They booed as the teams took a knee before kick-off—there was also a banner opposing the anti-racism gesture—and it wasn't long before fighting erupted.

Disputes between police personnel and black-shirted Hungary supporters erupted soon. In an apparent attempt to restore order, police used batons, but they were swamped and forced back onto the concourse.

The police presence did not appear to intimidate Hungary's supporters. After England's equalizer by John Stones just before half-time, some of them headed towards the home areas. They did not, however, make it past the security netting.

Content created and supplied by: TheAuditNews (via Opera News )