''Be Prepared to Leave Our Club, if You Lose to RealMadrid in The Champions League''

Manchester City fans are furious with Pep Guardiola after they lost to Arsenal in their FA Cup semifinal encounter. Two goals from Aubameyang was enough to hand Arsenal the victory, and deprive Manchester City of a chance to retain the FA Cup title they won last year. 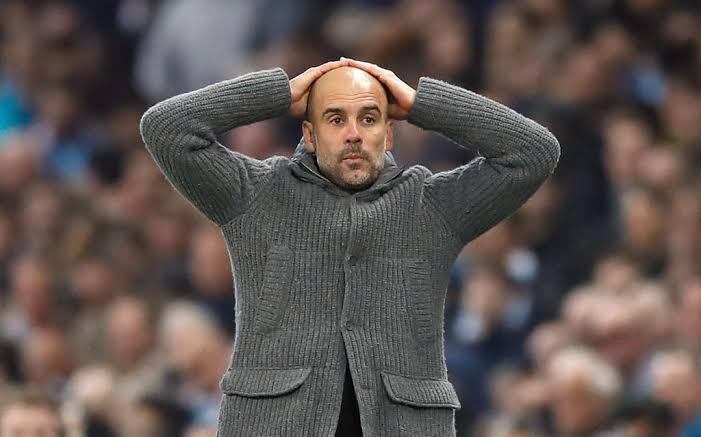 This season, Manchester City have failed to replicate the form that saw them win all the domestic titles last season. They recently lost the league title to Liverpool, and have now been relegated from the FA Cup, leaving them with the Champions League as their only hope of silverware this season.

They face RealMadrid in the 2nd leg of the round of 16 tie of the Champions League at the Etihad in August, having won them by 2-1 at the Bernebeu in February. Manchester City fans wants Guardiola to prove to them that he can win the Champions League, by beating RealMadrid and qualifying for the quarter finals stage of the competition where they will face either Juventus or Lyon. Their inability to do so, will cause the fanbase of the club to seek for Guardiola's immediate removal. RealMadrid recently won the LaLiga title, and are currently in top form, so the fixture will be a tough one for Guardiola and his players.

Going trophyless this season will be a huge disappointment to Manchester City, given that they won all the English domestic titles last season, and the huge amount of money that has been invested in the squad. Therefore Guardiola and his players will need to find a solution quickly, else somebody might pay the price for their poor performance this season.