By Resourceful (self media writer) | 9 days ago

It has been drama since day one of the Premier League and Saturdays games produced 30 goals across 8 fixtures.

Chelsea started the day by scoring 3 and conceding zero against Leicester.

A fine individual goal from N'Golo Kante against his former club helped league leaders Chelsea to a 3-0 over Leicester at the King Power Stadium. 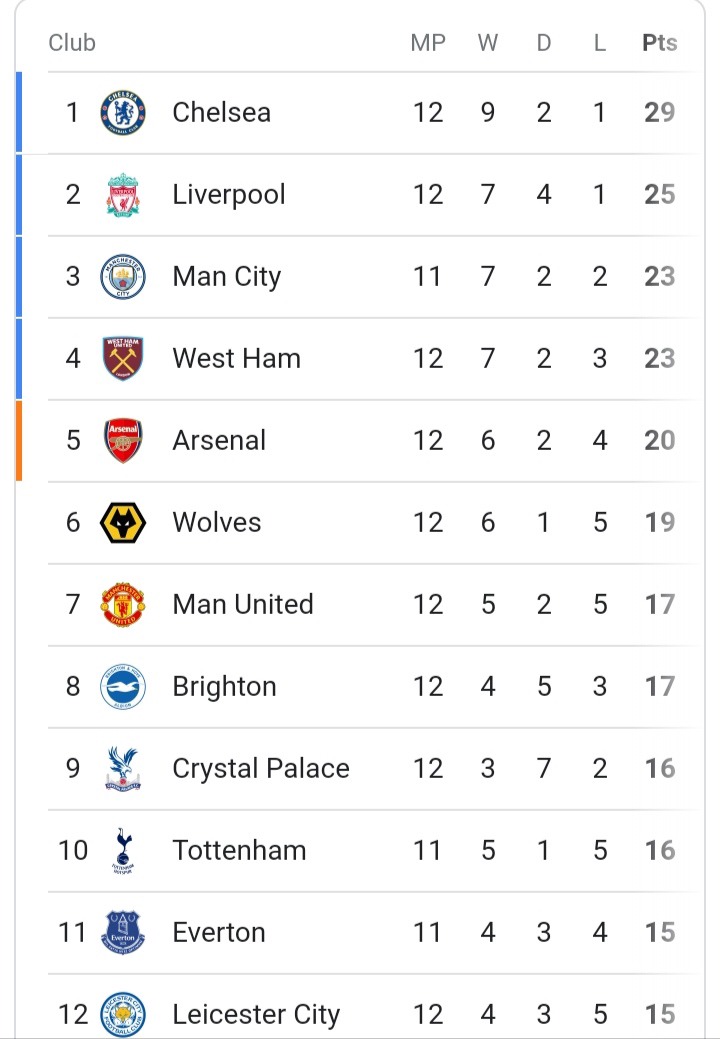 Chelsea is now unbeaten in 6 outings and has 29 points from 12 matches. Leicester's defeat keeps them at 12th with 15 points. 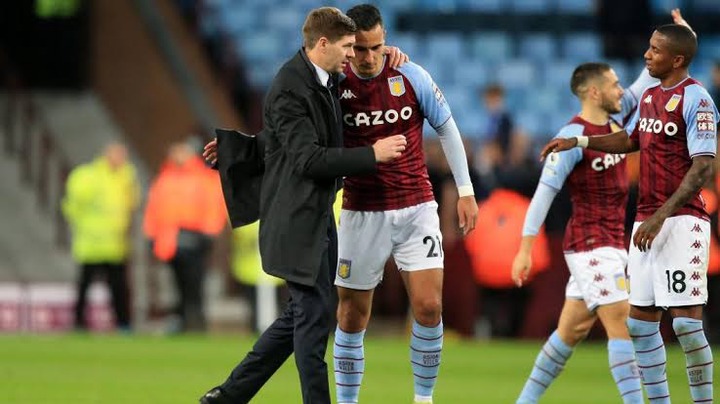 Maxwell Cornet's stunning strike earned Burnley a point as they twice came from behind to draw 3-3 with Crystal Palace.

The result means Burnley stays 18th with 9 points while Crystal Palace moves up to 9th with 16 points. 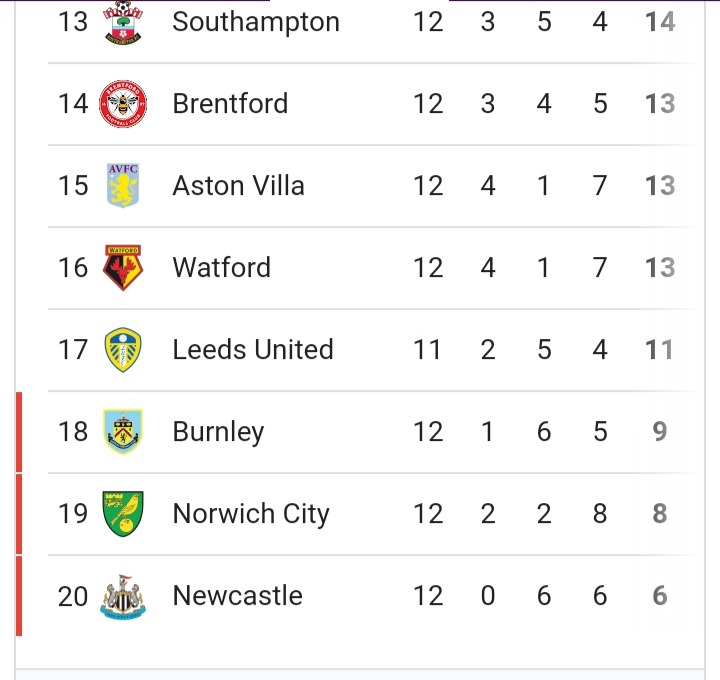 Allan Saint-Maximin earned Newcastle United a point as they twice came from behind to draw 3-3 with Brentford at the St James' Park.

Southampton is six points ahead of the Canaries in 13th following the first defeat since matchday 7.

Man United dropped to 7th place with 17 points, 12 behind leaders Chelsea and six off fourth-placed West Ham United after 12 matches.

Raul Jimenez scored the only goal as Wolves denied West Ham United the chance to go second in the Premier League. 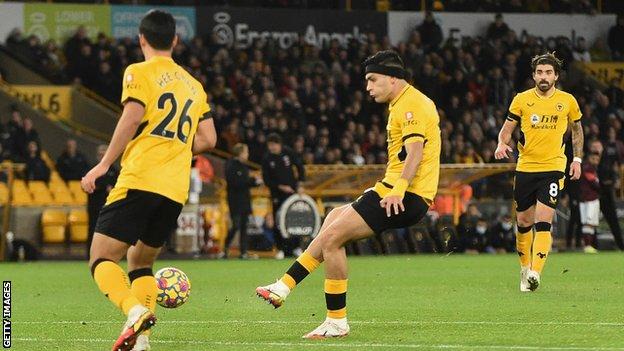 Liverpool kept up the pressure on leaders Chelsea with an emphatic 4-0 victory over Arsenal at Anfield.

Arsenal is 5th on 20 points but Liverpool moves up to second in the Premier League with 25 points.