By Sanfolabi (self media writer) | 29 days ago

Today's English Premier League game week six matches were full of thrills and spills. It was full of unprecedented events which left many football enthusiasts in awe. From Chelsea's shocking 1-0 loss to Manchester City to Manchester United 1-0 loss at Old Trafford and Brentford 3-3 come back vs Liverpool. These big teams drop points in the matchday six of the English Premier League and pave way for one team who is yet to play their match to go top of the league table. 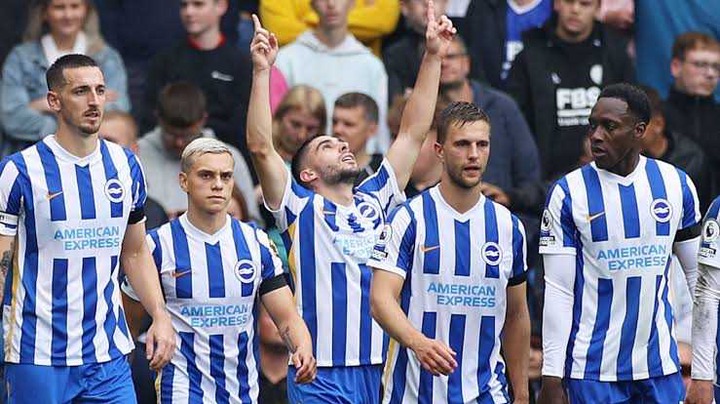 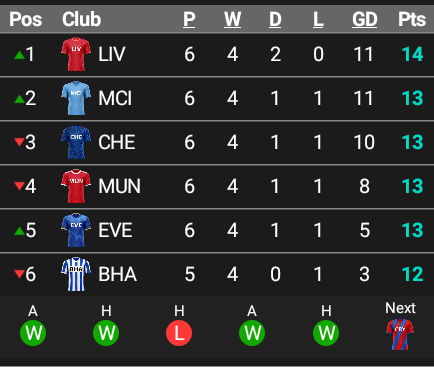 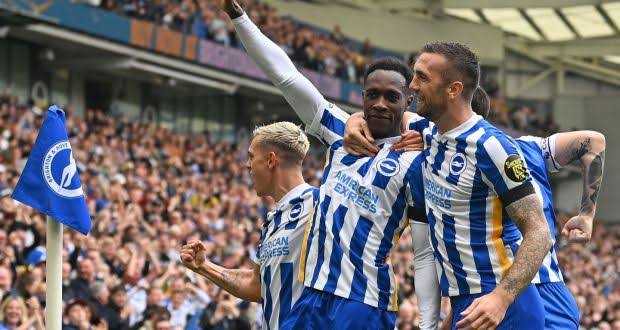 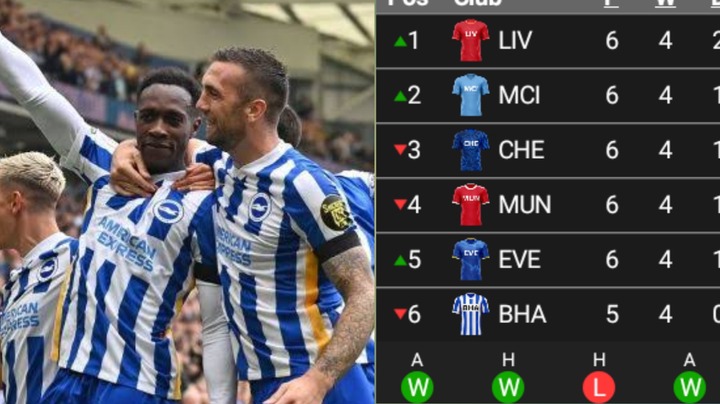