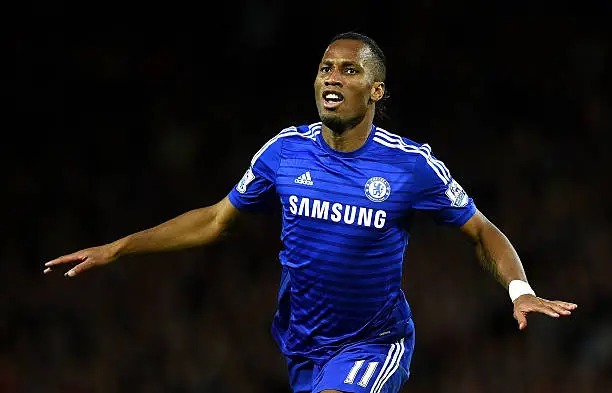 Homesickness is a depressive-like reaction or the distress related to a move away from home. New lifestyle, cities, cultures, language is obviously the kind of life a professional player are exposed to or experience anytime they change club.

Footballers often move from one club to the other and spend most of their time away from home for matches, training camps, and competitions. Homesickness is a complex cognitive-emotional state that leaves a player longing for his previous environment.

In that regard, adjusting swiftly to the lifestyle of a new environment can be very tough for some players even in the face of pressure and high expectations from both fans and owners.

Sevilla’s cult hero Navas has well-documented anxiety and homesickness issues that hindered his progress at some point in his career. When he was playing the best football of his life he had the best opportunity of moving to a bigger side but he declined it due to the fear of panic attacks because he believes settling down would be a tough task for him

In 2013 when he left his beloved Sevilla for

Manchester City he left friends and family behind to go play football in a new country where the culture, language, food, and everything about the city is totally different from where he was coming from.

The Spaniard suffered from severe anxiety and homesickness having missed the core support he got from the fans of his beloved Estadio Sanchez Pizjuan, and not getting to see his family often makes life tough for him despite featuring regularly under Manuel Pellegrini.

However, since returning to Sevilla he’s been able to overcome his homesickness and anxiety that almost destroy his career.

Drogba is no doubt one of Chelsea’s finest players ever to grace the Stamford Bridge turf during his active days having joined from Ligue 1 side Marseille for £24m in 2004 under Jose Mourinho.

Leaving his comfort zone behind at Marseille isn’t something that went well for the Ivorian, as such settling down quickly becomes tough for him and it’s affected his free flow goalscoring prowess which he enjoyed back at the Stade Vélodrome

As things get tougher for Drogba, he told a French newspaper outlet L’Equipe back then that he felt a bit homesick about his former club and that the team is still very much part of him.

Subsequently, the Ivorian got accustomed to new the culture, food, language, and people which eventually helped him settled down pretty well as he went on to become one of the club’s legends.

Carlos Tevez is one of the finest players ever to come out of Argentina. He’s also well renowned for his constant anxiety and homesickness both at Manchester City and Shanghai where he had a brief stint towards the twilight of his career.

Shanghai fans troop out in their numbers to welcome the Argentine into the city having seen him as one of his generation’s finest players, but unfortunately for Shanghai fans, the joy of having Carlitos in their team didn’t last long due to his homesickness and disillusioned mind.

The Argentine obsession to be with his family and his loved ones did affect his game and it was so bad that his colleagues back in City and Shanghai knew what he’s going through which led to his departure.

As a matter of fact, former City forward Santa Cruz said in his statement that “ He wants to be among his people who are in Argentina, his siblings and his daughters are there when you feel that your homeland is calling you back you could end up giving up everything to return “.

“I was really missing home, it wasn’t easy but I decided to work and work ” these were the statement of the Senegalese forward which clearly state how much he misses home when he left Senegal for Metz as a teenager who has a dream to become a professional footballer.

At first life in France didn’t treat Mane well plus the fact that he sustained a pelvic injury soon after he arrived in the Lorraine region of the northeast of France. The culture shock and the toughness of the weather avert him from settling down fully both on and off the pitch which led to his homesickness.

During his stay at Metz what was going through Mane’s mind is that everything seems different from what he’s accustomed to at his comfort zone back in Senegal. However, he still was able to overcome his homesickness due to his never-give-up spirit and since then the rest they say is history.

Liverpool player Ian Rush celebrates after scoring during the League Division One match between Newcastle United and Liverpool at St James’ Park on August 23, 1986, in Newcastle, England. (Photo by Getty Images)

Over the years only a few English-born players have had resounding success or settle down quite fine playing away from their league or country. Rush was no doubt a cult hero for Liverpool, but his one-season stint with Juventus in 1987 wasn’t really what his fans expected knowing the kind of player he was.

However, the legendary forward did opine that playing in Italy did help him improve as a player even when he felt he was homesick at some point in the city of Turin despite been the club’s top scorer with 13 league and cup goals.

Rush returned to Liverpool in 1988 for £2.7m having missed his old lifestyle, friends, and the fans back at the club.

The late Chelsea legend also had a tough time settling down at Milan in 1961 when he signed for the Rossoneri having painted the English league with goals with Chelsea. Greaves only scored 9 goals in his 14 match appearances for Milan before heading back to London to join Tottenham where he ended up becoming a cult hero.

Life in the city of Milan didn’t really turn out well for Greaves who struggled with the new environment, lifestyle, culture, and language before finally returning to England.

Albeit, life in Italy wasn’t something the late Greaves enjoyed, however that doesn’t hinder him from making an impact in the league with his goals which many considered a decent stint with the Rossoneri.