Zidane Met Him For Advice, Pochentino Called Him A "Genius", and He Is Guadiola's Mentor. Who Is He?

By ClassicJohn (self media writer) | 2 years ago 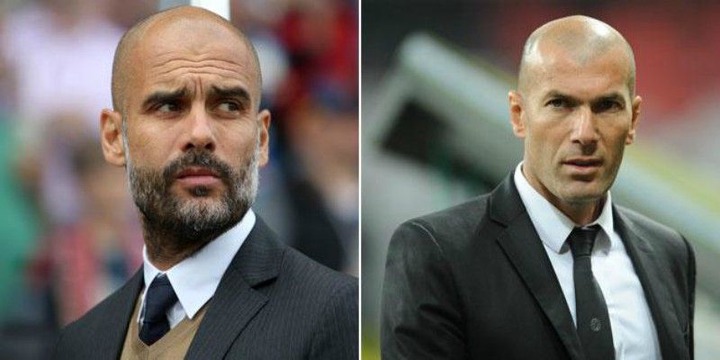 You must be thinking who is this individual so reverenced by some of the finest of all coaches in the world.. Zidane and Pep Guadiola are two of very few coaches to have excelled as a player and as a coach winning several personal and collective honours in their career. Pochentino is also successful in his own right, competing with a low budget team in the premier league and even making it to the champions league final in 2019.

Who then is this man that has the utmost respect of these men?

What readily comes to mind when you hear that a man is nicknamed a "mad man? 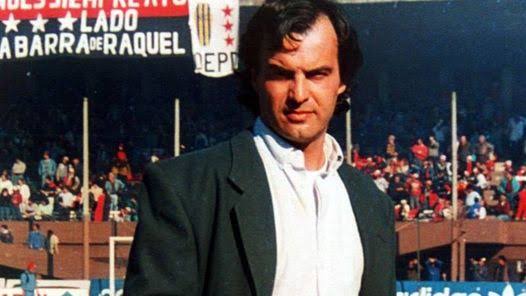 Named Marcelo Bielsa, he was nicknamed a "madman" after his team Newell’s old boys were thrashed 6-0 by San Lorenzo in the Copa Libertadores, that night, a gang of 20 incensed ultras turned up at Bielsa’s home, demanding he come out to face them. When he emerged at the door, he did so clutching a grenade.

“If you don’t leave,” he said, “I will pull the pin.” It was this incident that popularised the nickname for Bielsa: "El Loco" (Madman).

Do you remember a certain Athletico Bilbao team that dumped a Manchester United team led by Sir Alex Ferguson out of the Europa league with a 3-2 and 2-1 win at Old Trafford and Sam mames respectively playing an eye-catching style of football?. That Bilbao team was led by Bielsa who managed to steer them to both domestic and European cup final before losing to Barcelona and Athletico Madrid respectively. 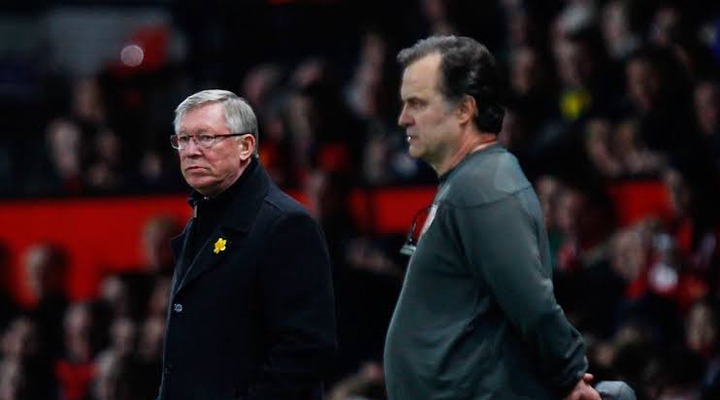 Bielsa played for Newell's old boys and started his coaching career with the same club where he led them to multiple league titles and the Copa Libertadores final.

After his stinct with Newell's old boys, he managed some clubs before managing two (2) national teams( Argentina and Chile).

He led Argentina to the final of the Copa America in 2004 where he lost to Brazil before winning the Olympics same year, becoming the first Latin American team to win the Olympic title in football in 76years(1928-2004).

With Chile, he got more respect, so much so that when he threatened to resign from his position as manager, the Chilean populace embarked on a movement titled "Bielsa is NOT leaving". He eventually left the post. 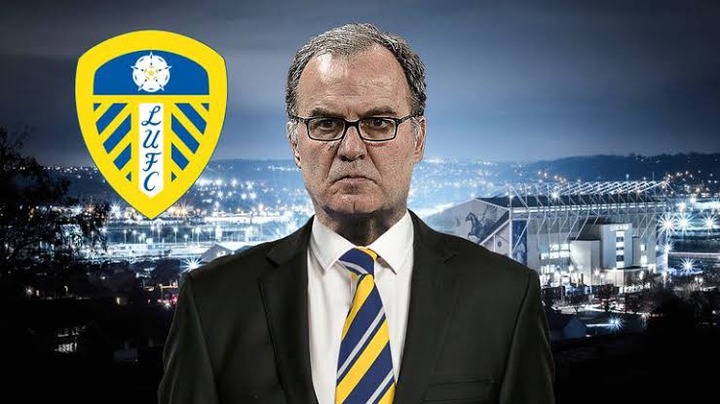 When he was appointed Leeds United manger in 2018, not many would have envisaged that he will lead a mid-table team to the 2019 Championship play -off to the Premier league where they were defeated by Derby in the semi final before eventually gaining promotion to the Premier league in 2020 after winning the Championship. He would allegedly have a street named after him after this achievement which he celebrated with fans. 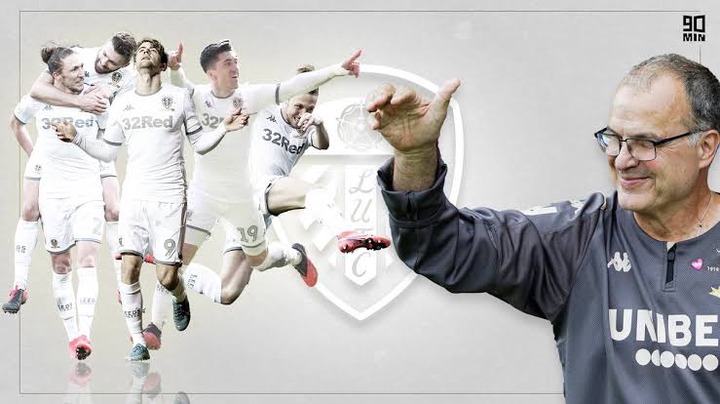 As a man, Bielsa is known to uphold high morals. A proponent of social-justice, he allegedly turned himself in to the police in Spain while he was coach of Athletico Bilbao after a minor scuffle with a construction worker although he wasn't reported by the worker . He reportedly told Pep Guadiola why he doesn't grant private interview to journalists, stating that he would rather give all journalists the chance to interview him when they are gathered together than give preferential treatment to just one journalist because he reports for a famous media outlet. In fact, he ordered his Leeds United team to allow Aston Villa equalize a goal his team scored while an Aston Villa player was down injured on the pitch. An action that earned Leeds United the Fifa fair play award in 2019. 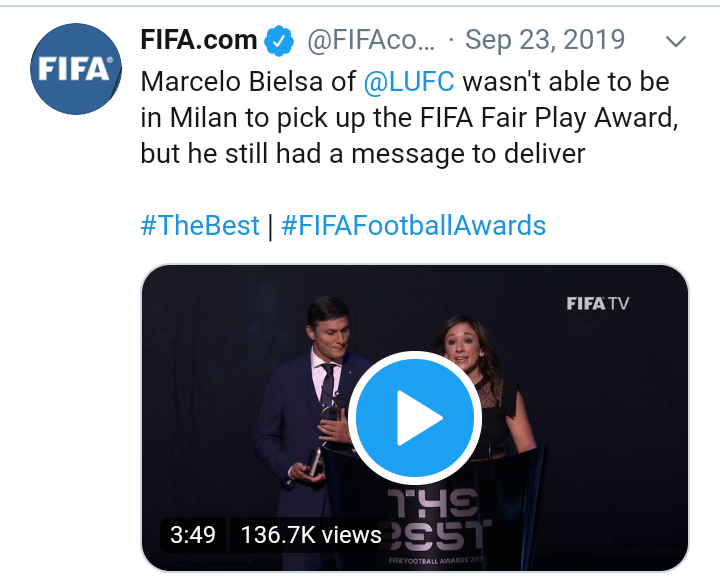 The only leeds player defender Pontus Jansson who attempted to stop Aston Villa from scoring was sold the following summer.

When his intergrity was called into questioning in 2019 when he sent a member of his staff to watch Derby's training, he accepted the punishment from the English F.A even though his actions wasn't against any known English football law.

Gabriel Batistuta, Mauricio Pochettino, Benjamin Mendy, Aymeric Laporte and Diego Simeone all cite Bielsa as a primary influence on their understanding of the game. 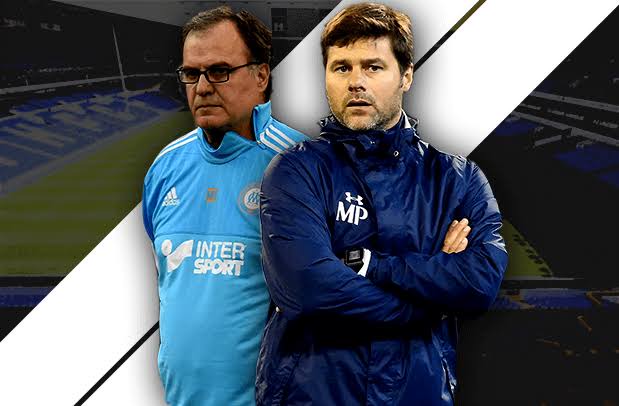 "For me, he's a person I will always admire, He's a genius. A person with charisma and a personality very different from us normal coaches, and that's what makes him special."

and when Bielsa was linked to a move in England, Pochentino further stated that "its a pleasure for me if he comes to the premier league, because he is one of the best managers in the world".

It was reported that in 2014 when Zidane was still the coach of Real Madrid youth team, he visited Bielsa at Marseille for Advice and Bielsa had good words to say about Zidane's visit, he said : 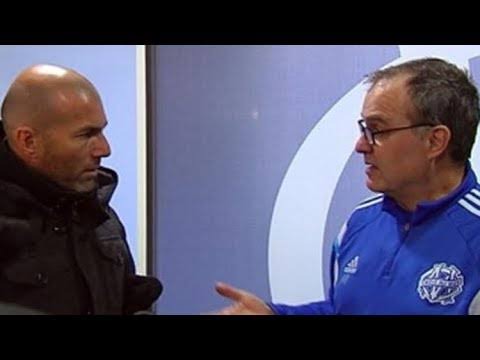 "He's a living monument to football, I see him more as a statue than a living being. "For Mr. Zidane to listen to me was unforgettable.

"He was more and more focused, although it was hard at first.

"Zidane exerts this inhibiting power on an ordinary man. It's indescribable."

Also , it was reported that Pep Guadiola embarked on a journey to visit Bielsa in Argentina before he embarked on his own coaching career where they allegedly had an 11-hour discussion. 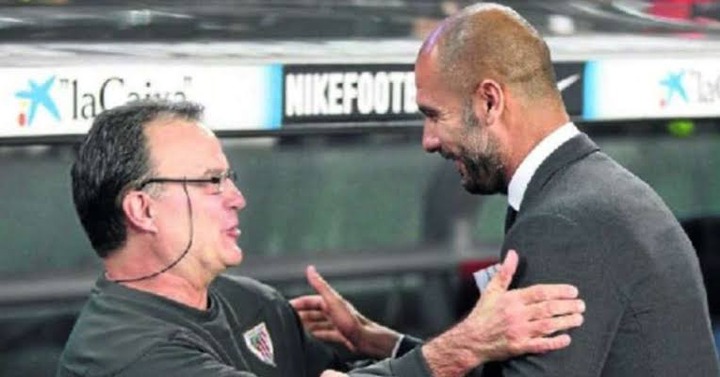 It is no co-incidence that within a short period of time as coach, he(Pep Guadiola) and Zidane achieved unbelievable success winning multiple league titles and champions leagues.

Pep didn't mince words when he called Bielsa the best after Bielsa secured Premier league promotion with Leeds United. He reacted through a post on his official twitter handle which is transalated as: "The best reaches the premier league ." 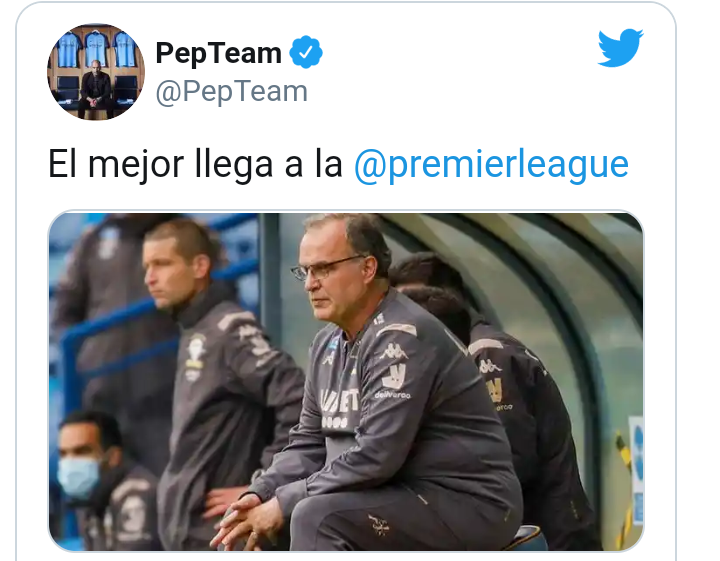 At other times, Pep is quoted to have said: "My admiration for Marcelo Bielsa is huge because he makes the players much, much better."

"Still, I didn't meet one guy, a former player from Marcelo Bielsa who speaks no good about him."

"They are grateful about his influence on their careers in football."

"He helped me alot with his advice. Whenever I speak with him, I always feel like he wants to help me."

"it is important to say this about Marcelo because it doesn't matter how many titles he had in his career. We are judged by that but that is mucj less influential than how he has influenced football and his football players. That is why for me, he is the best coach in the world."

Just like with Newell's old boys, Argentina and Chile national teams and Athletico Bilbao, Marcelo Bielsa has also endeared himself to the Leeds United family by helping them gain promotion to the premier league after a sixteen (16) year absence. 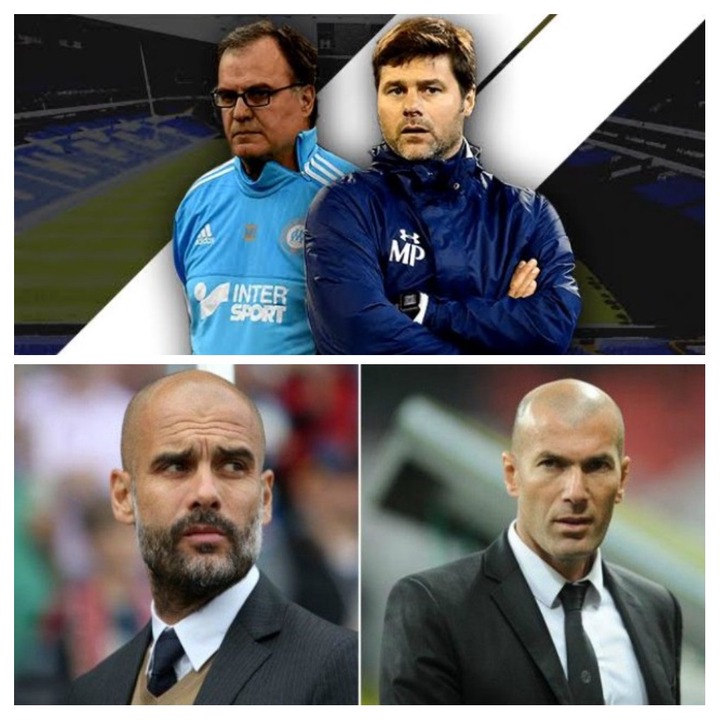 All things being equal, the Premier league is set to welcome a man who Zidane met for advice, who Pochentino called a genius and who mentored Pep Guadiola in the 2020/2021 season.