By DanielZagpish (self meida writer) | 1 months

A rejuvenated Nasarawa United, this evening, at the Lafia City Stadium, pummeled helpless FC Ifeanyi Ubah 3-0 as the Nigeria Professional Football League entered into matchday twelve across the country. 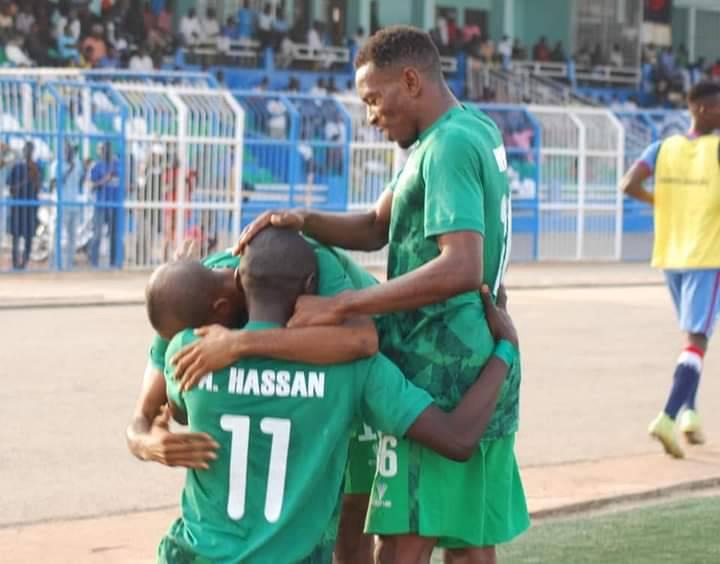 In-form Wizkid, Ikenna Ofor, started the victory march for the Solid Miners after he was put through by Adamu Hassan in the 10th minute as he volleyed past the visitors' goalkeeper, Sharp Uzoigwe.

Adamu Hassan's goal in the 25th minute was disallowed by the linesman as he was adjudged to be in offside position, as United went into the break leading 1- nil.

Having being provider for the first goal, Adamu Hassan then also slotted from a close range as he was put through on goal by returning left fullback, Reuben Nicodemus, from a slightly wide angle in the 58th minute.

The visitors didn't make it an easy task for the home side as Ekene Awazie found his way through inside the box, but for the brilliance of goalkeeper, Danlami Umar.

But the Solid Miners were not done just yet, Adamu Hassan scored United's third goal of the evening after substitute, Anas Yusuf headed down to his position as he volleyed a fierce thunderbolt that beat everyone else, the forth goal this season for the former Kano Pillars' attacking sensation as he was voted man of the match.

Ifeanyi Ubah, with the last kick of a dying horse breached the hosts' defence in the dying stages, but Emeka Onyema stood firmly to prevent any consolation.

Despite the nervous moments at either end in the closing stages, three goals and three points it ended in United's favour as they move up to 4th position on the league table with 20 points.

The Solid Miners next play MFM on Sunday in Lagos.

Check Out These Home Remedies To Fight Hair Dandruff

Opinion: Chelsea Will Have No Mercy On Brighton If Thomas Tuchel Uses This Lineup On Tuesday