1. Group E: The first game that was played in group E yesterday was between Barcelona and Bayern Munich. Bayern Munich who went into the game as favourite to defeats Barcelona, comfortably defeated them by 3 goals to nothing at the camp Nou stadium, all thanks to Thomas Muller who scored the opening goal for Bayern Munich last night. 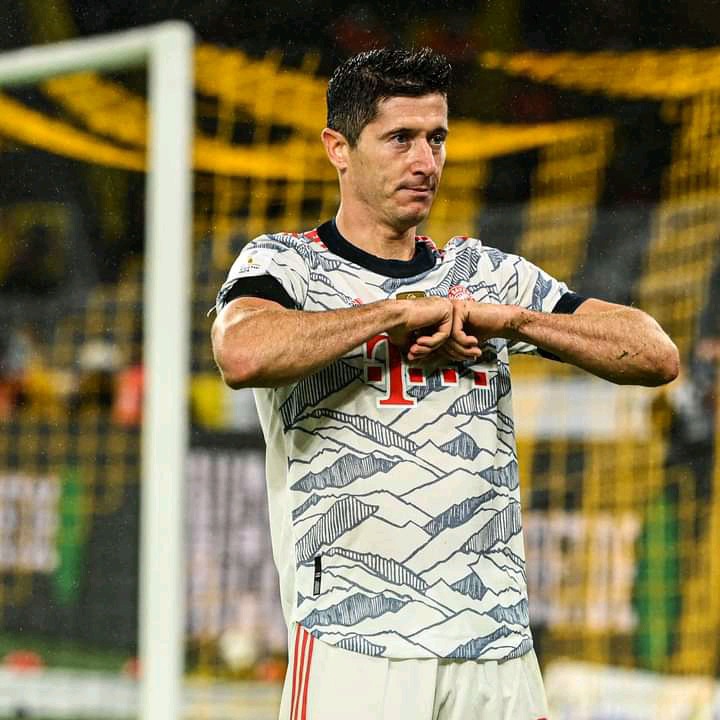 After Bayern Munich defeated Barcelona 3-0, Dynamo Kyiv then hosted and played a disappointing goalless draw with Benfica in the last fixture of group E stage yesterday. After all matches in group E were played yesterday, below is how their table now looks like. 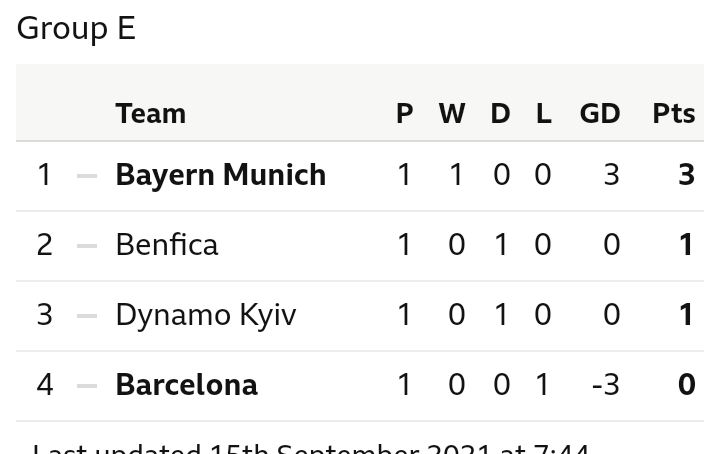 2. Group F: Manchester United began their UEFA champions league campaign with a 2-1 defeats to young boys, after Aaron Wan Bissaka was shown a straight red card in the first half of the game yesterday. Moments after Young Boys stormed manchester united 2-1, Villarreal then hosted and drew Atalanta 2-2. 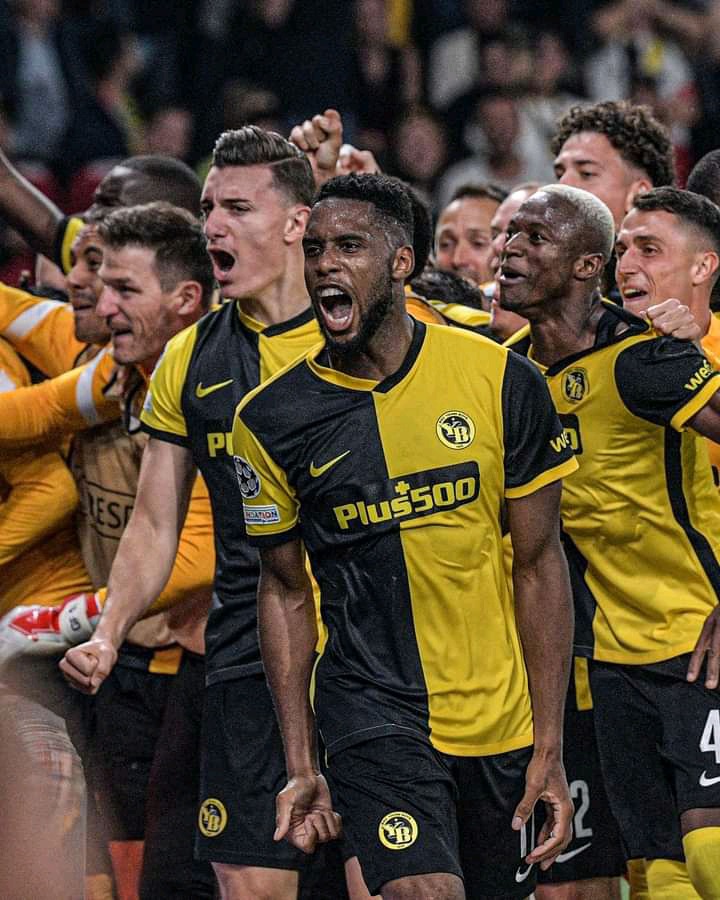 After Villarreal Drew Atalanta 2-2 and manchester united lost 2-1, below is how the group F table now looks like with Young Boys occupying the first position following their 2-1 victory over manchester united. 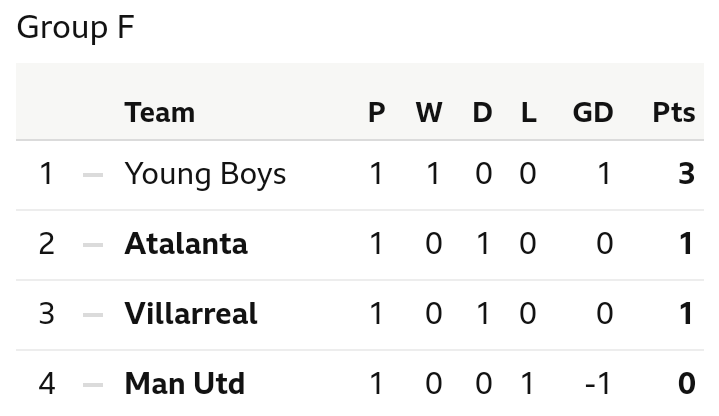 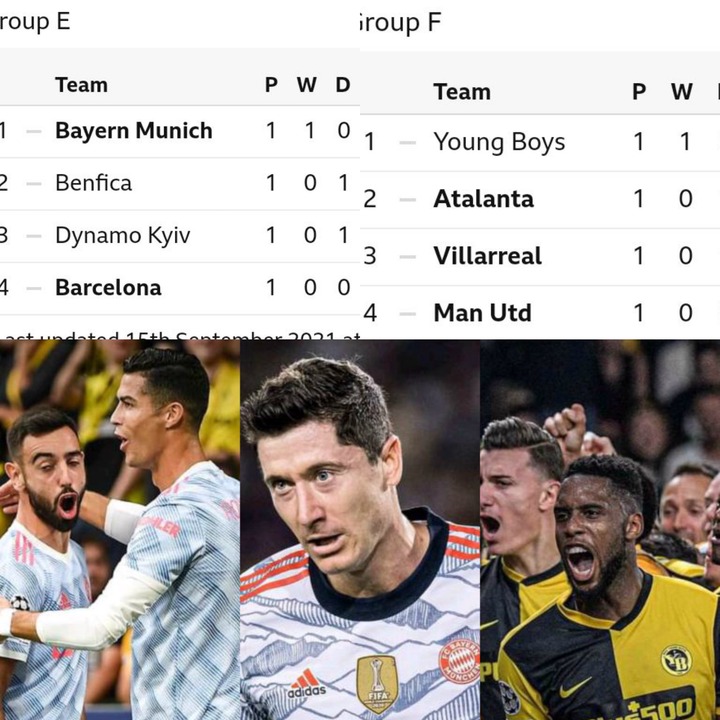