Edouard Mendy Reveals How He Signed For Chelsea.

By MountOnKAi (self media writer) | 5 months ago 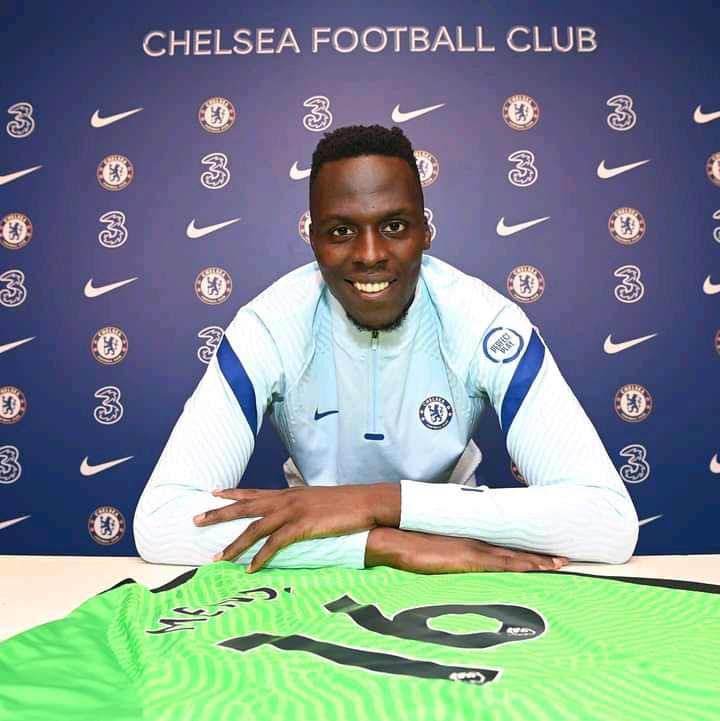 Chelsea shotstopper Edouard Mendy is no doubt one of the best goalkeepers in Europe currently, since he signed from French club Stadde Rennes last summer. Mendy is arguably Chelsea's best summer Signing last season, despite the acquisition of players like Kai Harvertz, Timo Werner, Ben Chilwell and Hakeem Ziyech.

The addition of velteran defender Tiago Silva in his defence seems to have helped him a lot, but he has been improving game by game as he comtinues to settle down in London.

It was Chelsea's technical director Petr Cech that scouted Edouard Mendy, from thesame club he (Cech) was signed from years ago.

Peter Cech persuaded Mendy to come to Chelsea, according to Edouard Mendy himself in an interview with UEFA website.

"I only want you" Peter Cech told Mendy as he convinced him to come to the Bridge.

“I spoke to my agent who told me about the interest from Chelsea. Chelsea are a preety big deal so I tried not to think about it." Edouard Mendy said.

“I told myself that Chelsea might sign another goalkeeper, but Petr said; “Only one goalkeeper is going to sign for the club, and that goalkeeper will be you. I only want you.” When a goalkeeper like Cech tells you that, it surely calms you down.”

Chelsea will battle Spanish club Villarreal at the Windosn Park in Belfast, Northern Ireland today for the UEFA Super cup, and the game will kick off by exactly 8:pm.