What you probably don't know about REAL MADRID.

By Hotmedai (self media writer) | 2 years ago

The lowdown on Real Madrid

Barça's El Clásico rivals need no introduction, but there are still several things you may not know about the all-whites.

Originally founded in 1902, curiously by two Catalan brothers, Madrid FC became Real (‘Royal’) Madrid when it was granted the title by King Alfonso XIII in 1920. The club has gone to win more European Cup/Champions League titles than any other (13), and has also won La Liga a record 34 times, although Barça, now with 26, are rapidly closing the gap. 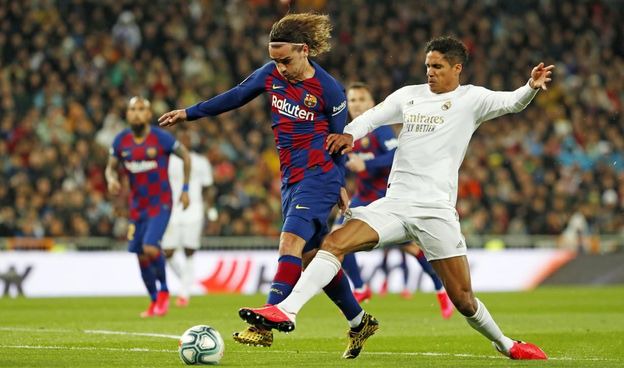 Madrid have always worn an all-white strip. The reason is simple. In the early days of football, everyone wore white and teams were told apart by wearing coloured sashes. As football grew more serious, teams started to wear different coloured shirts instead, but Madrid decided to carry on wearing white.

In fact, one of the many unconfirmed theories for the origin of the Barça colours follows a similar vein. In the ‘old days’, teams in Barcelona typically wore red or blue sashes – and when FC Barcelona was founded, the players simply combined the two colours as one. There are plenty of rival theories though.

Also, although nowadays it would be unthinkable for Barça to wear their biggest rival’s colours, the club has actually worn white on several occasions in the past. Before the spectacular away kit designs of today, it was normal practice for visiting teams to wear white in the case of a colour clash. The last time Barça did so was against Ipswich Town on 7 March 1979.

The rivalry between Barça and Real Madrid needs no introduction. There simply isn’t anything in world football that compares with it, and we did the research to prove that. They don’t call it El Clásico for nothing.

However, that name is actually only a recent phenomenon. The term was inherited from South America, where it was used to describe such games as Boca v River and Nacional v Peñarol, and has only been used in reference to this game for the last twenty years or so. 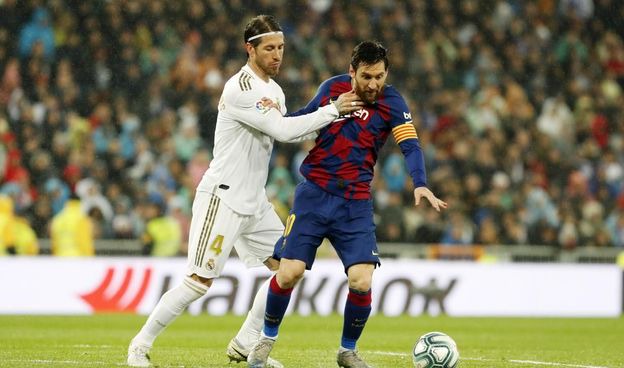 Real Madrid added another Liga title to their collection last year but were dumped out of the Champions League and Copa del Rey by Manchester City and Real Sociedad, respectively.

Their early form in LaLiga 2020/21 has not been as brilliant as one might usually expect, but they were still grinding out points until a most unexpected 1-0 defeat at home to newly promoted Cadiz last week.

The followed that with another defeat at the Estadio Alfredo Di Stéfano, their temporary home that is normally used by the reserve team, as their Champions League campaign got off to the worst possible start with 3-2 defeat at home to Shakhtar Donetsk.

Real Madrid were uncharacteristically quiet in the close-season transfer market. They didn’t buy any new players, although several players have returned on loan, including Norwegian midfielder Martin Ødegaard from Norway. The highest profile departure was Gareth Bale back on loan to Tottenham, but generally speaking this is very much the same Real Madrid that ended the 2019/20 season.

Widely regarded as one of the greatest footballers of all time, Zinedine Zidane was a huge star at both Juventus and Real Madrid and the hero of France’s first ever World Cup triumph in 1998.

He has only ever worked as a manager at Real Madrid, who he guided to an unprecedented three Champions League titles in a row, but resigned in 2018. However, following Madrid’s poor form, he was persuaded to return in March of last year.

Content created and supplied by: Hotmedai (via Opera News )