The Super Eagles of Nigeria bounced back to winning ways after defeating Central African Republic by 2-0 but a controversial decision by the center Referee in the 29th minutes of the game gave Nigeria the lead. 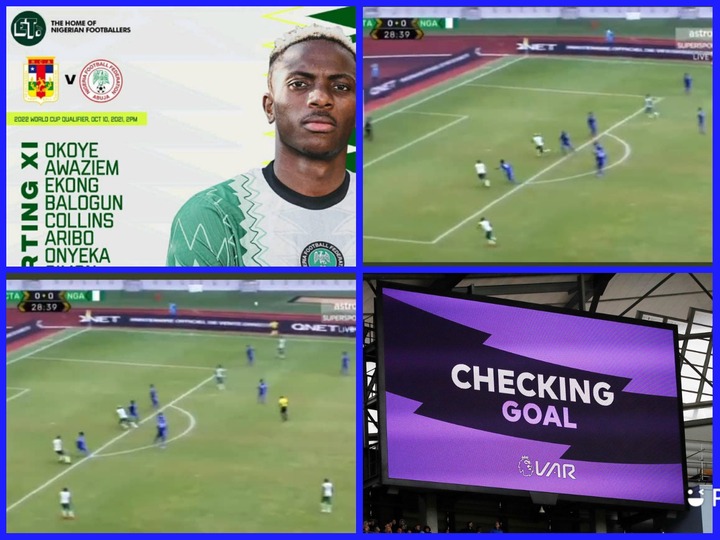 An outstanding performance from the Super Eagles gave them the dominace against the Central African Republic who were Impressive in the first leg of the match. 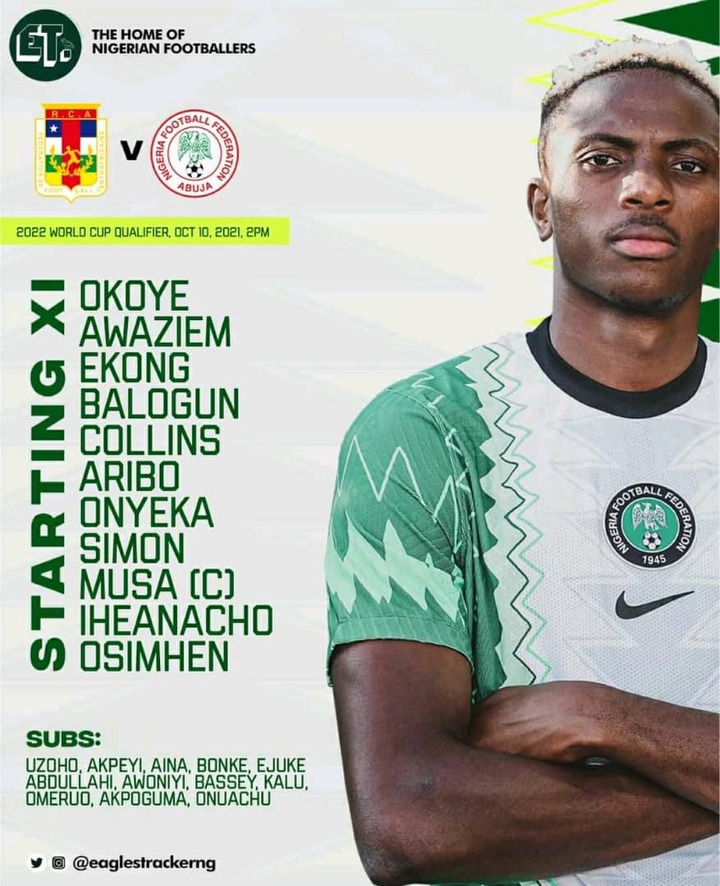 Nigeria started the game with a convincing performance that lead to a controversial goal in the 29th minutes of the game through Leon Balogun.

The Assistant Referee, the Center Referee and the VAR refused to cancel the goal despite a clear view and reshow that shows that Leon Balogun was clearly offside before he received the pass. 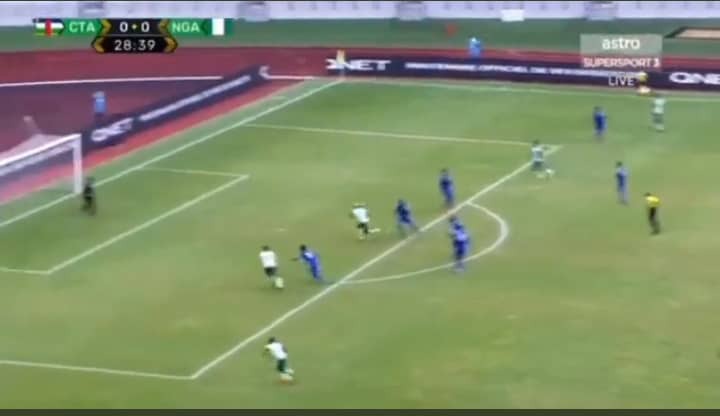 It was a poor decision from the VAR after allowing the goal to stand despite having a clear view of the offside. 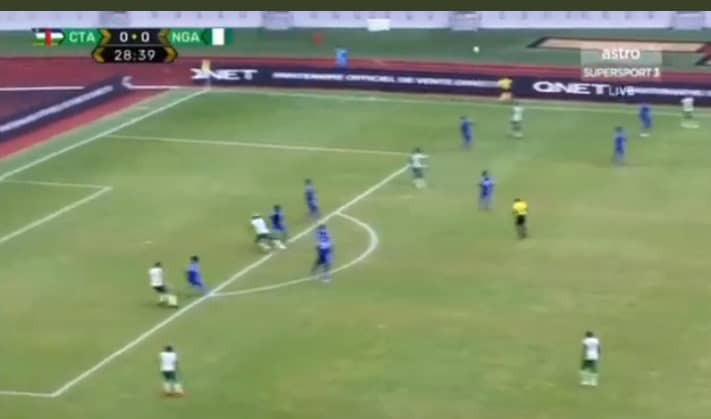 From the pictures, Leon Balogun was offside before the pass came in and the Referee decision should have been in favour of Central African Republic not Nigeria.

A powerful strike from Napoli forward Osinhmen gave the Super Eagles the second goal of the match in the last minute of the first half. 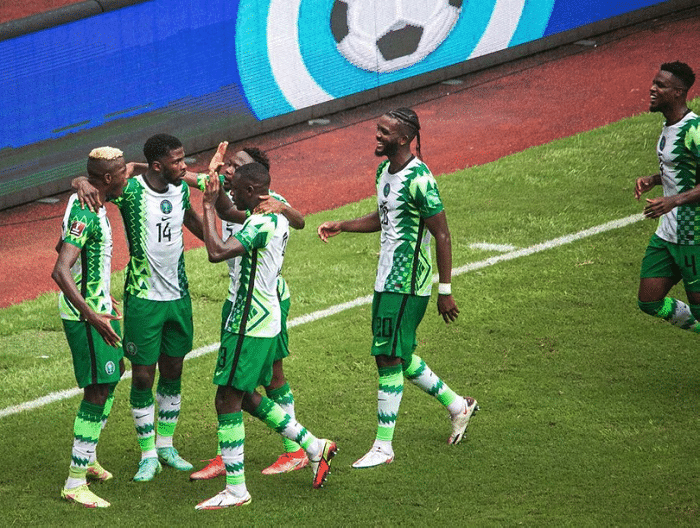 Nigeria could have extended their lead in the second half of the game but a poor performance from Kelechi Iheanacho caused the score line to remain the same.

Nigeria are currently leading the group with 9 points in 4 games and a win in their next match will determine their qualification. 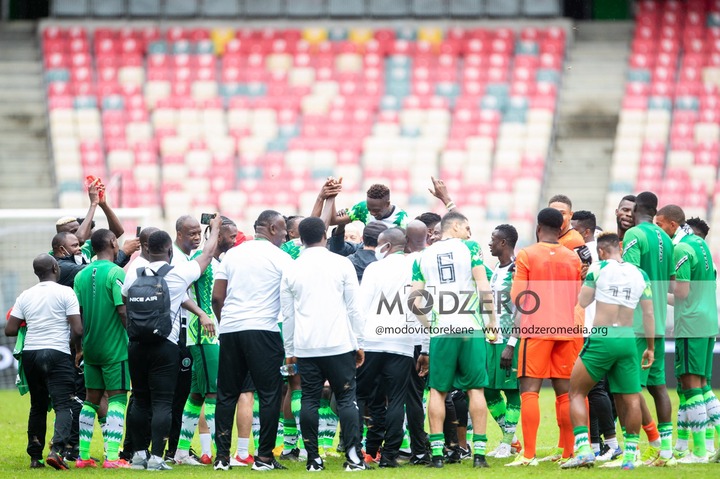 Do you think VAR and Referee was right not to cancel Leon Balogun's goal?